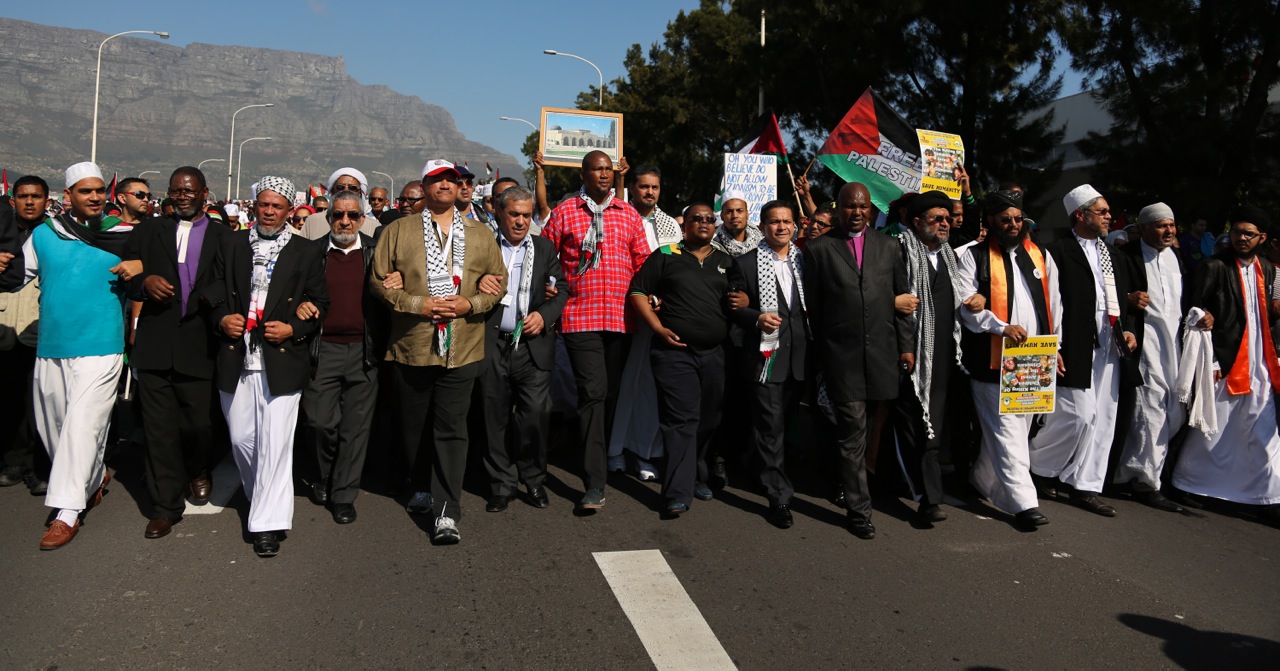 A national record was broken for the largest protest in South African history this week. This photo essay of the march was compiled by freelance photographer Sumaya Hisham. 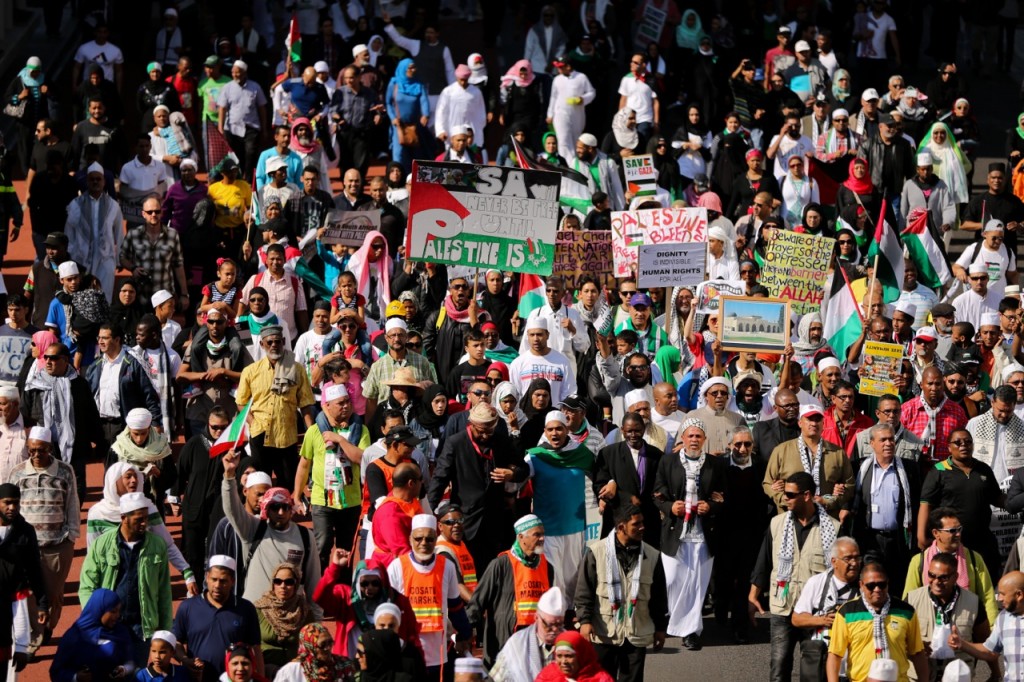 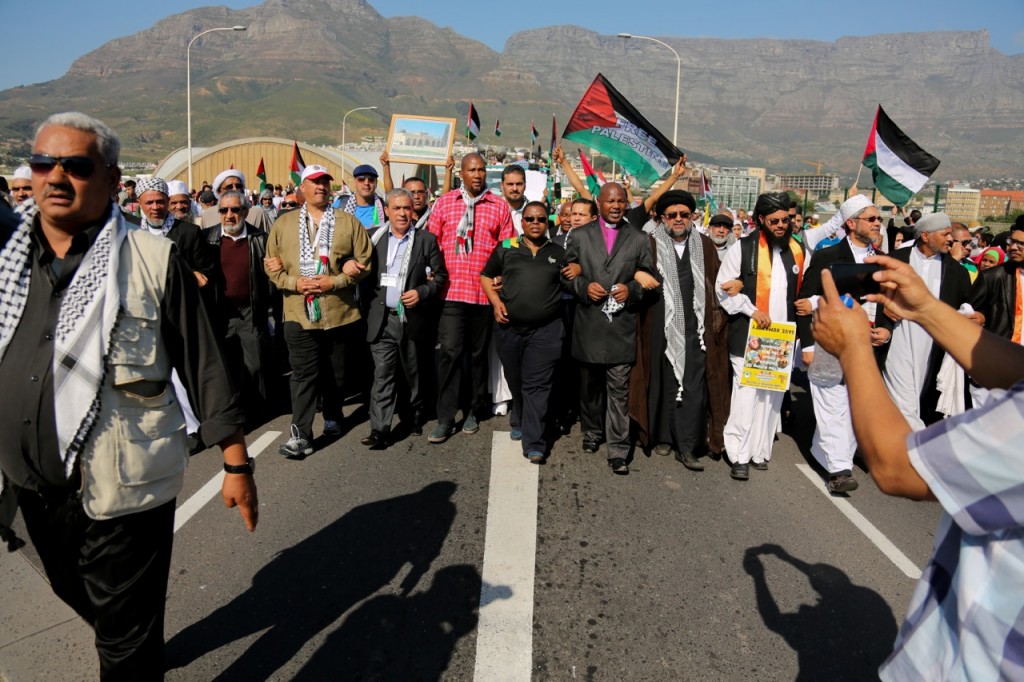 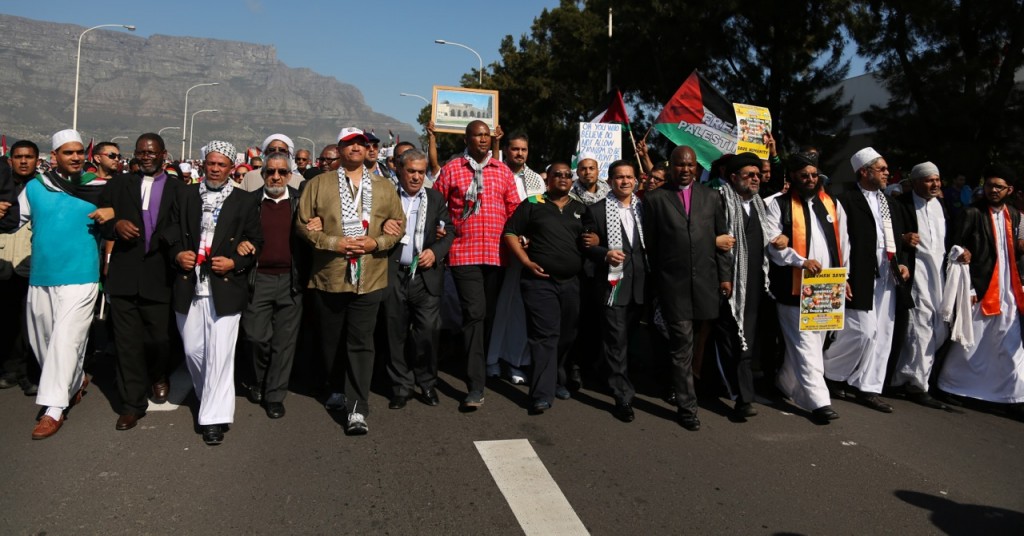 The march was organised by the Boycott, Divestment and Sanctions Against Israel in South Africa campaign called BDS for short. The Palestine solidarity protest march called for decisive action from the South African government against “ongoing Israeli attacks on Gaza and Israel’s violations of international law”.

People of all ages, races and religions came from across the country. The organisers estimate the march attracted more than 100,000 people, with many analysts even suggesting that the protest reached the 200,000 thousand mark, was the largest ever in South Africa. The biggest gathering in South African history up to now is said to be the 1990 release of Nelson Mandela.

The march was organised by various organisations including the Muslim Judicial Council (MJC), BDS South Africa, the Jamiat Ulama, the ANC Youth League and several other civil society organisations under the banner of the National Coalition for Palestine (NC4P).

“The protest was not just one of anger towards Israel’s killing of more than 2,000 Palestinians, including over 250 children. It was more than anger at Israeli injustice. It was a celebration of human solidarity by a focused, determined and justice-loving people. South Africans were the beneficiaries of international solidarity and now is the time that we give back this potent gift back to the Palestinian people who are asking us to impose broad based and non-violent boycott, divestment and sanctions (BDS) against Israel until Israel respects human rights and international law. The Palestinians stood with us in our boycott of Apartheid and during our darkest days, when it was unfashionable, we owe this to them.”