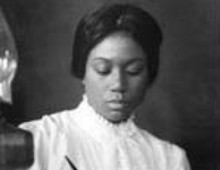 For the past three years, the Pioneers section has recorded the history of founding black press players in their capacities as journalists, editors and media proprietors. In searching the depth of local and global archives, we discovered many legacy builders from as far back as 1800s and through to early 90s who defied the British, and the subsequent apartheid rules, using only the might of the pen to address socio-political ills of the day.

This era produced African intellectuals such as journalist, minister and translator Tiyo Soga. Political activist and the editor John Tengo Jabavu. One of the founding members of the African National Congress (ANC) Allan Kirkland Soga. Political activist, doctor, minister and writer Walter Rubusana and many others who offered a rich history of socio-political and economic commentary representing African people’s sentiments in the 19th – early 20th centuries, using the media.

Researching and unearthing these media pioneers of the late 19th to early 20th centuries has certainly been a journey worth taking. Their contribution to the media had common threads – most started out their careers as activists or commentators and somewhat progressed to exploit the media as their mouthpiece.

Thapelo Mokoatsi, one of the Pioneers historians and writers is currently a PHD candidate at Rhode University in the Eastern Cape, whose work was inspired by this section and today Mokoatsi’s PhD research is focused on the life of Saul Msane, a politician, newspaper editor a prominent member of the Wesleyan Methodist Church who was also a keen chess player.

His journey to Grahamstown and into the archives where he would dig day and night for more information on our inspiring pioneers also brought some fantastic surprises. Little did he know that months into his academic career he would befriend the grand niece of the great pioneers, Manasseh Tebatso Moerane. M.T Moerane, as he was popularly known, was a prominent public figure that came from a long lineage of progressive black figures.

“Moving to Grahamstown, I had no idea that I would befriend the great Manasseh Tebatso Moerane’s grand niece, Matebatso Mokete Moerane whose last name I saw written on her name tag,” said Mokoatsi.

Upon inquiry Moerane confirmed that she indeed was related to M.T Moerane.

“This brought MT to life through his niece’s eyes, and we ended up publishing the first Pioneer Q&A with a living link of one of our pioneers,” said Mokoatsi.

Mokoatsi would also form a strong bond with his colleague, Henry Mitchell, an Oxford and Edinburgh Universities scholar, who has an undergraduate degree in history and economics.

Mitchell’s research was deeply focused on immigration on the African continent and his current PhD thesis is aptly on Malawian born pioneer Clements Kadalie, who was South Africa’s first black national trade unionist.

Mitchell and Mokoatsi would find themselves in an Ethiopian restaurant sipping strong coffee over a candid conversation one afternoon, that seating would produce a remarkable read – giving us the good, bad and ugly in Kadalie’s complex and controversial life and career.

Mitchell would also find a home for his writing and publish a spellbinding piece on Bennet Ncwana titled Pen for hire: General Agent SM Bennet Ncwana “Chairman of Propaganda”.

Mokoatsi’s highlight, as he traversed the country in search of leads, was when he managed to secure an in-depth interview with Prince Mangosuthu Buthelezi, who is himself a repository of the history of the black press in the KZN province. Mokoatsi discovered that the prince had close relations with the likes of Pixley ka Isaka Seme, one of the first black lawyers in South Africa. He also has ties to trade union leader Allison Wessels George Champion and political leader and activist, Selby Msimang among many more. Their photos even ardon his walls (look out for a full on interview in the next edition).

My personal interest was in finding women pioneers to dispel the existing patriarchal narrative of the early late 19th to early 20th centuries that only shone a spotlight on male groundbreakers.

And boy did I find them. Many of them, in fact, hidden in the dusty archives on the continent and in the diaspora. These women had made significant, yet, hardly adequately documented contributions. My digging brought two powerful editions of women pioneers, a few stand alone profiles, and an exhibition accompanied by a live talk at the Jozi Book Fair in 2017.

I profiled the likes of Joyce Sikhakhane Rankin who was the first and only woman journalist at The World as far back as 1963. She was later joined by Sophie Tema.

Then there were women such as Alinah Dube who single handedly ran Pretoria News Bureau and also broke a solid glass ceiling in radio journalism. The late Joyce Dube was an all-rounder who entered the media as a writer and then progressed to sales and marketing.

Another woman worth highlighting is writer and journalist Noni Jabavu, she was a pioneer in many fields. She was the first black South African woman to publish autobiographies. In a remarkable career, she studied music, was a prolific writer, had a stint as a radio personality for the BBC and worked as a film technician and semi-skilled engineer and oxyacetylene welder, working on bomber engine parts during the Second World War.

I loved researching the remarkable story of Apollania Mathia, a rock of Sudanese journalism who unfortunately became a casualty of a fatal accident between her motorcycle and a truck in a very busy intersection in Juba, Sudan. Her profile opened up possibilities of exploring the subject of women in the media who had had an impact in the diaspora, prompting her to take a deep look into women of African origins who had been displaced by the brutality of slavery.

We found African American women such as Mary Ann Shadd Cary the first female African American newspaper editor in 1853, an abolitionist, teacher, women’s rights activist, lawyer, author and speaker. Ida B. Wells an African-American journalist and activist who led an anti-lynching crusade in the United States in the 1890s. Angelina Weld Grimké was an African American journalist and teacher, poet and playwright. Ethel Payne was commonly known as the First Lady Of The Black Press, and Daisy Bates was a formidable journalist, newspaper publisher, civil rights activist, and social reformer.

This is only the beginning

Since we started working on the pioneers section we live and breath them with a full commitment of revealing information that would otherwise have been buried, in the physical and electronic library archives, in torn books somewhere gathering dust or with human depositories of oral history, in family’s distant minds and cracked photographers they kept as memory of their loved ones.

Like archeologists with chisel and hammer, digging into the ground to crack it open and discover fossils with loads of information towards timeline of humanity, we took to all corners of the world armed with our notebooks and pens, recorders, and any form of tool that would aid us record this important part of history. Over the past three years we have brought you but a drop in the ocean. There are many more pioneers who are waiting in the archives to be discovered. Watch this space.

See our full list of articles chronicling the lives and work of the pioneers here.