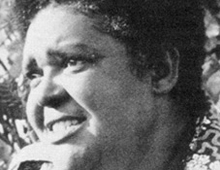 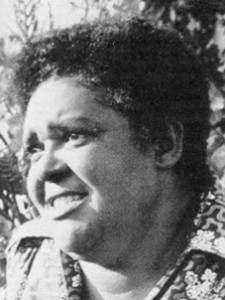 Writer extraordinaire Bessie Head is not often remembered as a pioneering journalist. Her literary writing outshines her contributions to Drum, the Golden City Post and the New African. But she is undoubtedly one of the most complex, talented and fiery Pioneers of the 20th Century. A master of story whether in the realms of fact or fiction.

So much has been written about her and her work has been analysed extensively, especially as her novels are chosen constantly as school set works. And yet it is hard to paint a faithful portrait because as her biographer Craig Mackenzie says:

“[Head’s] origins, to begin with, are ambiguous at best. Her early life is a blur of pain and uncertainty. Little is known about her marriage and the reasons for its breakdown. In fact it is only with her arrival in the literary world in the seventies and the relative stability that this created that her life begins to take on familiar contours. Even then most of the details have their source in the author herself, and independent corroboration of basic facts is hard to come by. She proved to be an unreliable witness to her own life, often contradicting herself in interviews, and the chief source of biographical data—her first three novels—present her life filtered through her rich but necessarily inventive literary imagination.”
–A Woman Alone: Autobiographical Writings, Edited by Craig Mackenzie. N H Heinemann 1990.

In search of a glimpse of the real Bessie Head we identified two books, one academic and one more literary, that paint a picture of a journalist and writer who was troubled but way ahead of her time.

In Maverick: Extraordinary Women from South Africa’s Past by Lauren Beukes (Oshun Books an imprint of Struik Publishers, 2004) the image of Head that emerges is one of a tragic figure doomed to insanity and tragedy. In this more literary work, Beukes seems to take a bleak view of the icon:

“Bessie Head spent too much time living inside her head and consequently lost it. Southern Africa’s most intense writer was damned to Greek- level tragedy by the circumstances of her birth in a mental asylum, which was presented to her as a prophecy by a callous school principal who told her, ‘Your mother was insane. If you’re not careful you’ll get insane just like your mother.’ Bessie took it to heart and in a sense, went out of her way to ensure that it was self- fulﬁlling.”

Beukes expands on her suspicion of Bessie Head going out of her way to ensure this self- fulfilling prophecy of madness, “But even while she alienated friends with her increasingly paranoid delusions and the seething venom in her letters, her unraveling mind sparked magnesium-ﬁerce and bright before it burned out and her most compelling and harrowing novel, A Question of Power, was a thinly veiled ﬁction exploring a mental breakdown from the inside.”

Beukes continues to weave this thread of pending tragedy throughout the work and in the telling of Bessie Head’s story; Beukes completes her own prophecy for Head.

Beukes concludes her piece on Bessie head by painting a sad picture of an obstinate alcoholic who avoided her writing assignments and wasted her money. Beukes wrote:

“In 1984, she was commissioned to write her autobiography. Bessie agreed readily, but said she’d rather skirt over her painful childhood and start with her adult life. The publishers retorted that they weren’t interested unless the book speciﬁcaly tackled her early years and Bessie reluctantly agreed. They paid her a huge advance, which yanked her out of her ﬁnancial insecurity but she seemed unable to make a start. She meticulously sorted her papers and mucked around in her garden and took to drinking a bottle of gin or whisky or vodka a day, literally pissing away the money- anything to avoid writing.

In 1986 she was diagnosed with chronic hepatitis, but still she didn’t stop drinking. It seemed her past was too much for her to bear, or perhaps she’d already fallen so far into the clutches of alcohol dependency that there was no way back.”

The second book is more definitive not only of Head but also of the context past and present of her work. Monstrous Intimacies: Making Post-Slavery Subjects by Christina Sharpe (Duke University Press, 2010) delves more deeply into every aspect of the writer and her times.

Sharpe’s more academic text compares how Bessie Head and Saartjie Baartman (the Qua princess who was taken from Africa to be put inside a cage on public display for Europeans) were represented in literature. Sharpe describes how both the life and the writings of Bessie Head hold many lessons for South Africa as an emerging nation.

Central to Sharpe’s work is the idea of how pariahs or “monstrosities” are created. She quotes much of Bessie Head’s work to make this point; “ She said that she had lived the ‘back breaking life of all black South Africans,’ and she insisted that a life such as hers was common:

“There must be many people like me in South Africa whose birth or beginnings are ﬁlled with calamity and disaster, the sort of person who is the skeleton in the cupboard or the dark and fearful secret swept under the carpet”.

Sharpe delves into the complexity of Bessie Head’s work and how she used her stories to undo the powerful; “Heads investment creative force of power compels her to write of Africans’ often unspoken of and unexamined relationships to racism and slavery. Compels her to write and rewrite narratives of power’s undoing through, for example, a wealthy white South African woman’s illegal gesture of intimacy with a poor black South African man, or the relationship between a white woman and a black child, or the marriage of a outcast to a paramount chief.” Sharpe continues to describe Bessie Head’s unflinching pursuit of truth, “Head was determined to write about liberation’s complicity with power and unfreedorn when that liberation may be said to have occurred because “black faces replac[ed] white faces”…“

Christina Sharpe concludes that Bessie Head’s work created at the point of Botswana’s independence carries many lessons for South Africa, “Head’s narrative, her dreams and storytelling, allow us to follow the
trace left behind by one who was present at the birth of a new nation.”

So was Bessie Head an alcoholic predestined for tragedy and madness? Or was Bessie Head a creative genius, literary prophet who spoke truth to power, who gave glimpses of a new Africa? However Head is analysed, dissected and represented, her immense body of work speaks loudly and clearly for itself.