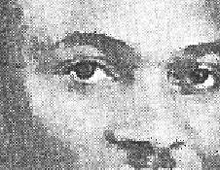 Godfrey Kuzwayo was an entertainment writer of note. Born in 1909 in Bloemfontein he would become a well-known South African owing to his extra-ordinary accomplishments.

He was the grandson of Chief Christian Luthayi of George District, Maritzburg, Natal, and the youngest son to Aaron and Lydia Kuzwayo. Back in the late 1940s he met writer, teacher and social activist – the late Ellen Kuzwayo who was at the time preparing for a role as the beer brewing queen in the film Cry The Beloved Country. The two were later married.

Kuzwayo would become a distinguished business man and journalist. The latter would play a major role in shaping his professional life.

On the lighter side of life

Christopher Ballantine, in Journal of South African Studies (1991) recorded the fact that Kuzwayo, at the time an Umteteleli wa Bantu critic and columnist first drew attention to the cultural climate which was changing from an endorsement of European concerts to celebrating African culture. Writing under nom de plume Gossip Pen for his regular column, in 1936 he declared that “he had been struck by a tendency in the productions of vaudeville companies – that staged Concert-and-dance travelling shows made up of comedians, singers, plate-spinners etc. In the past the productions had had strongly ‘European Flavour’ but he said – ‘there has been a noticeable change in this regard, the shows and dramatics are now being put forward with more and more African background in them.”(Ballantine: 1991) He went on to critique the Western –styled choirs for not making an attempt to show their interpretative ability of real Africa music.

Although his column was on the lighter side of life he used the mighty pen to earn himself followers as his pieces of writing addressed day to day issues – penned hilarious headlined works such as “So and so was at the wedding of such-and-such” or “Nurse Jane Maplank has just returned from holiday.” (Couzens: 1975).

Godfrey Rosenbaum Zibuse Peteni Kuzwayo received his primary education in Bloemfontein and went on to finish high school at Wilberforce Institute in Evaton, Transvaal (now Gauteng). He was a trained journalist under the International Correspondence Schools and also studied Advertising with the Herbert N. Casson System.

For many years he penned regular weekly feature articles for Umteteli wa Bantu based in Natal from the 1920s through to the 1930s. His work was also published in broadly distributed publications such as Mochochonono in Basotuland (now Lesotho), Um-Afrika in Natal (now Kwa-Zulu Natal) Drum magazine Johannesburg and African Leader. He wrote for a variety of English and vernacular papers, and later established a printing business and a real estate company in Alexandra Township, Johannesburg. Kuzwayo was a founding member of the African Democratic Party in 1943.

In the Printing Industry

In a partnership with the Reverend N.B. Tantsi through the help of the African Methodist Episcopal (AME) Church he became a printer, publisher and editor of the South African Christian Reader. In 1942 he joined up with his friends to set up a printing and publishing company – Africa’s Own Printing and Publishing Company. Like many blacks, he was later compelled to sell his businesses against his will, following the implementation of the Group Areas Act which denied black people the right to trade in the city of Johannesburg (Arosi:2013). He became a founding member of the board of directors of the Liberty Printing and Publishing Company in Pretoria.

On 15 June 1965 after a life-long dedication and contribution to the then Black press, Kuzwayo passed on.