AWG Champion: A Rebel with a Cause 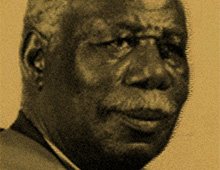 [intro]AWG Champion was true to his name, vigorously standing up for the rights of society’s most vulnerable.[/intro]

Allison Wessels George Champion also known as AWG Champion was born on December 4, 1893 at Sans Souci School, near the mouth of the Tugela River, in Natal.

He was born to a father whose name was Patiya Mhlongo. His father had been adopted by an American Board Missionary who then gave him the surname Champion.

The young Champion would attend school at Amanzimtoti Training Institute which later became Adams College, and would soon gain a reputation as a difficult pupil who challenged authority. He was eventually expelled from school in 1913 at age of 20 and took up his first job as a Native constable in Johannesburg. He retired from service after acting as a plain-clothes constable in Dundee, Natal, in 1915.

Two years later in 1917 through to 1925, Champion would become a clerk at the Crown Mines in Johannesburg. He also had a brief stint at diamond digging in Kimberley. During his time in the Transvaal he was elected president of the newly formed Native Mine Clerks’ Association in 1920. Champion soon was noticed as an African spokesman and became associated with the Joint Council of Europeans and Natives, Johannesburg, and Bantu Men’s Social Centre.

Upon his resignation at the mines in 1925, he met with trade unionist Clement Kadalie and soon thereafter joined and was appointed Organising Secretary of the Industrial and Commercial Workers’ Union (ICU) in the Transvaal. He was later posted to Durban as Natal Secretary where he demonstrated his leadership abilities by building the largest branch of ICU in the country.

He embarked on a highly successful campaign against the much hated by-laws, that which required ‘dipping’ (in Durban human beings had to be dipped like beasts) , the curfew and the character reference workers had to get on their passes when leaving an employer.

In an interview with S Trapido in 1946 he indicates that “…the reason [why the ICU was so strong in Natal] was that the native workers and those who were on the rural farms under European farmers, as well as those in the native reserves were suffering under many harsh restrictive regulations.

As second in command to Kadalie, and strongly supporting him in ousting Communists from the organisation in 1926, Champion became acting ICU national secretary during Kadalie’s trip to Europe in 1927. The following year, after Kadalie’s return, the ICU began to break up. Champion sought local control as a leader of a now independent and the powerful ICU yase Natal . Following a period of unrest and rioting in Durban, he became the first person to be exiled from the whole of Natal and Zululand under the notorious Riotous Assemblies Amendment Act of 1930, by the Minister of Justice, Oswald Pirow, on 24 of September 1930. He then found employment in Johannesburg until 1933. When his ban was lifted he returned to Durban.

During JT Gumede’s presidency of the African National Congress (ANC) in the late 1920s, Champion held the post of “minister of labour” in the ANC National Executive. When Pixley Seme succeeded Gumede as president in 1930, Champion lost his position in the inner councils of the Congress; but his influence among Natal Africans could be not ignored, and in 1937 he came back onto the ANC executive where he remained for the next 14 years.

After resigning from the Congress, Champion concentrated on local advisory board politics and his business affairs, including the running of a general store in Chesterville location in Durban.

A stint with Abantu-Batho Newspaper

Although Champion had been critical of the paper in earlier years he ended up joining Abantu-Batho staff in 1930. In 1919, with other members of the committee of the ‘Natal Native Congress eGoli’, he sided with Msane against the paper’s editors. However in his hour of need, he ended up joining them: “I helped edit the paper, assisting Mr JT Gumede in Johannesburg while I was under restriction,” he was quoted as saying in Limb’s The People’s Paper; A Centenary History and Anthology of Abantu-Batho.

Champion did help to co-edit the paper, publishing a striking photograph of armed women protesting poverty at Weenen. The caption read: “Amakosikazi akwa Nobamba eyocita utshwala. These black ladies raided the Kaffir Beer Hall in Weenen in September, 1929…Right from Weenen to Newcastle women fought well, but they could not succeed because their men were in collusion with the Government and Local Authorities”.

Champion was married to Constance Gumede, daughter of ANC pioneer and journalist Josiah Gumede. Constance helped with caring for the farm in Inanda and running their businesses. Champion died in 1975. 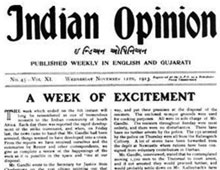 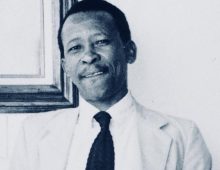 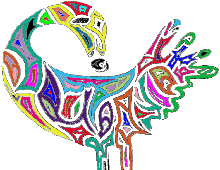