Xenophobia: who are the real criminals? 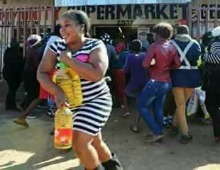 [intro]“South Africans are attacking all foreigners and we are hiding in a room, please help me with airtime,” a WhatsApp message came through to my phone from Isaac Ezenna, a religious leader from Pretoria West who I had met a few months before. Ezenna is from Nigeria and moved to South Africa in 1997. In his late 30s, Ezenna is a tall man with a shaved head, who reminds me more of a basketball player than a pastor. He opened a ministry in Pretoria West a few months ago, and although he believes that his religion protected him from being physically harmed during the xenophobia attacks that hit Pretoria last month, the trauma will stay with him for a long time.[/intro]

On the 24 February, South Africa experienced another wave of xenophobic attacks. The homes of foreign nationals living in Pretoria were attacked and their businesses were looted. Locals alleged that the residences targeted were drug dens and brothels run by migrants. News 24 reported that over 20 shops were looted in Pretoria and 12 houses were attacked. Foreigners living in the area said that a large group of South African men and women marched through Rosetta and Stanza Bopape Street in Pretoria and went door to door, demanding that foreign residents open their homes. Some of the mob were dressed in black and red T-shirts, which had the word ‘police’ handwritten on them.

I felt helpless when I received the message from Ezenna. The most I could do was send airtime and kept asking him for updates on his whereabouts and safety. I panicked when I couldn’t get hold of him for three hours over the phone and thought that maybe his battery was flat or that he had decided to switch off his phone so that there would be no sound to draw potential attackers. At that point I decided I had no other choice but to go to Pretoria West to make sure that he was okay.

When I got to Pretoria West and met with Ezenna at his small apartment in a block of run down flats, he said that they were holding a prayer meeting at the time of the attack and thankfully, his home was left undisturbed by the South African mob. But his neighbours were not as lucky. One of his neighbours’ rooms was ransacked, and the perpetrators said that they were searching for drugs. Ezenna says the mob also broke into rooms that were vacant and in one room they allegedly stole a cell phone. “This is not good, if they have a problem with foreigners we can solve this amicably without destroying things,” he said.

Who are the real criminals here?

A women from Nigeria, who requested to remain annonymous, also gave her explaination of what had happened that morning.

“We saw people running. Some houses were said to have been burnt. The mob of attackers is said to have also gone to a church building and started breaking things while the police were there. We tried to fight back but then the police started shooting. We thought the police would calm the situation but they didn’t help us,” she said.

The bigger issue: big business must stick to labour laws

In a report filed by EWN, Malusi Gigaba, the Minister of Home Affairs condemned the xenophobic attacks and slammed large businesses and corporates that do not stick with locals labour laws which ‘fuel tensions’ against migrants.

“In many cases business incentivises irregular migration‚ and those contributing to questionable labour practices must be held to account. It is far easier and convenient for some to target desperate and vulnerable migrants than the unscrupulous employers who deliberately fuel tensions in the labour market,” he said.

“It is easier and convenient to target dwellers of rundown buildings than irresponsible owners. In this regard‚ a paradigm shift has been adopted‚ we will now target unethical businesses that employ illegal practices…Government is working with business on these issues‚ to ensure compliance‚ employment of locals and harmonious relationships desired for development‚ economic growth and empowerment of citizens,” said Gigaba.

Ezenna is still living in Pretoria West and said he was grateful that he was not physically harmed during the xenophobic attacks. But I maintain that there is culture of hatred amongst Africans and South Africans often see black Africans as inferior and as easy targets. Even though there is a huge drug problem in our country, the blame cannot be placed at the feet of migrants. That’s simply not fair.

Why do these xenophobic attacks keep happening? Who are the real criminals here? If South Africans want to fight against drugs and prostitution supposedly “brought by foreigners” then why are they stealing from them? Besides, there are bigger things to spend our energy on and fighting foreigners, who are already vulnerable, is not a solution. We should be marching against our airport security systems for instance, which are so weak, that South Africa has been called a ‘regional hub for drug trafficking’ by the United Nations.

Besides, we can also learn so much from our foreign brothers and sisters about how we can work hard and better ourselves rather than attacking them and stealing from their businesses. They have already endured so much. Many have fled their home countries due to poverty, starvation, war and dictatorship. So let’s start practising what we are known for, Ubuntu. We must all ensure the protection and rights of foreigners. It is our duty as South Africans. 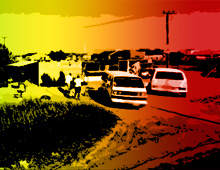 Heidedal Rastas step in to protect kids from gangs 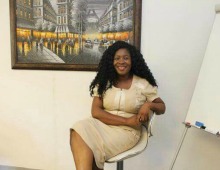 Lindiwe Bartman: Women must be bold 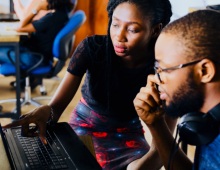 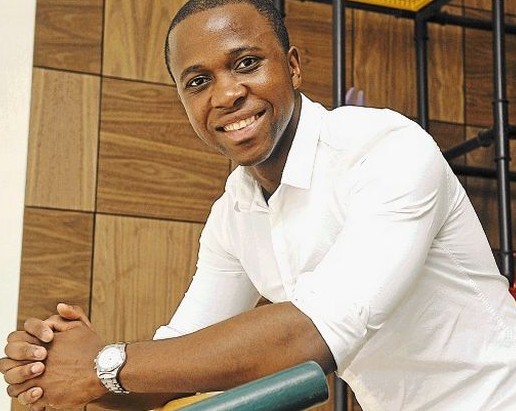