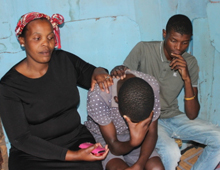 Mosifane Johannes lost his parents by the time he was 11. He grew up in poverty. Today he teaches at a Free State primary school. GroundUp recently published the story of the Sibhozo brothers. They have lost both their parents and are living in abject poverty.

To encourage the Sibhozo brothers and other children in similar situations, Johannes wrote a comment on the article:

This story is similar to what I experienced with my brother. We also lived in a shack with holes. When it was raining water came inside. Our Mother passed away in 2000. I was in Grade 4 with my brother. We lived with our Grandmother too. She passed away in 2009. Life became very hard. We survived with profit my brother made by selling cigarettes. The only food we knew was brown half loaf. My brother failed matric but I managed to pass with merit. [I] got [a] bursary, [and] studied [an education degree] at the [University of Free State]. Today I am a teacher. I completed my degree in 2013 and graduated in 2014. I also completed honours last year in curriculum studies [and] graduated last week at UFS. I write this about myself to encourage the boy in Grade 9 to never give up. Poverty can be defeated.

So we decided to interview Johannes.

“When our parents are poor, it is them who are poor not us. Though we are affected we must not be infected,” says Johannes (26) who is now teaching language at Beisang Mabewana primary school in Hobhouse.

His brother Mpho is a fruit and vegetable vendor. He told his story to us to encourage the Sibhozo brothers.

“My mother passed away in 2000 when I was 11 years old while my brother was 13. We did not notice much of what was going on around our lives. All I knew was my mother was a domestic worker,” says Johannes who used to stay in a shack with his mother, grandmother and brother at Thaba ‘Nchu near Bloemfontein.

Johannes says life became very tough for his brother and him after his mother died, and they lived with their grandmother. “Grandmother used to go around helping neighbours in return for food. It left my brother with no option but to start selling sweets and cigarettes to the locals. The big sales were on Fridays and Saturdays because he had to sell throughout the night at a local shebeen,” he says.

On a normal day according to Johannes his brother made a profit of between R10 and R20. Johannes was 19 when his grandmother died.

“No one dared taking care of us now. Close relatives never wanted to take any responsibility. Here and there some locals helped us with food parcels.”

Johannes attended four different schools. He and his brother walked for half-an-hour to get to primary school and almost an hour to one of their secondary schools.

“My brother did not perform well at school, I believe our situation affected him very much,” says Johannes who is now pursuing his Masters in Education.

“Our main challenge was that we did not have birth certificates because our mother did not have an ID so we also did not qualify for social grants.”

Johannes dreamt of becoming a lawyer, but did not get into law at university (he says his submission did not meet the deadline).

“I ended up going for a bachelor’s degree in education.”

Besides teaching grades four to seven, Johannes says he is also a motivational speaker at high schools in his area.

This article first appeared at Groundup 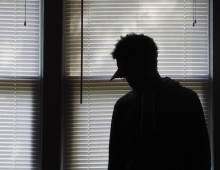 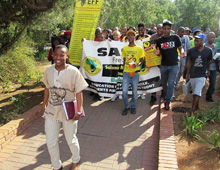 Student protests: Where next? 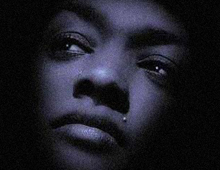 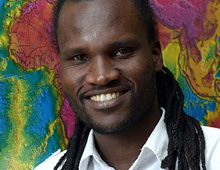 Musa Manzi: Inspiring the Next Generation