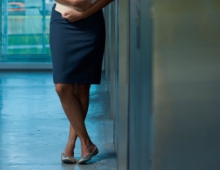 #WeToo: Sexual harassment in the workplace

Last week, singer-songwriter and former member of Parliament for the African National Congress, Jennifer Ferguson opened a case of rape against The South African Football Association (Safa) president Danny Jordaan. Ferguson claims that in 1994 (she was in her early twenties at the time) Jordaan raped her at a hotel in Port Elizabeth. She started the #WeToo campaign, which she hopes will encourage other young women to come forward about sexual harassment. She is one of millions of women who face direct and indirect sexual harassment on a daily basis. One young woman opens up about her experience of harassment in the workplace.

I am not the only young female who has had to endure sexual harassment in the workplace while seeking to gain work experience and trying to further my career. It is crazy that in this day and age women are still being subjected to this kind of abuse by men in power.

Modern women are constantly encouraged to work hard on their school work and building their careers. “Be independent”, they say. “Know your worth”, they say. And being a young modern woman myself, I lived accordingly. I worked hard in school and excelled at university with the hopes of finding a job that is suited to my achievements.

At first, the idea of applying for a job seemed so scary because I feared rejection and being told I’m inexperienced but with the support of my mother I eventually started sending my CV out in the Northern Cape. I was overjoyed when I finally got the phone call to go for an interview. But woah! You cannot imagine the shock I was met with when I began my career as a radio journalist at a local community station in my hometown.

Considering that that was my first job interview, I brushed it off, thinking, “Hey, perhaps it’s just his way of breaking the ice?” Little did I know that I was naively walking into the fiery gates of hell. That incident was only the beginning of an uphill battle for equality and my integrity.

“I have a degree and I worked hard to be here,” I often thought to myself. Reassuring myself that I was deserving of some sort of respect in the workplace. I was so wrong.

Over the next few months I was cruelly shown that a qualification and hard work were not enough to exempt me from sexual harassment. From remarks about my attire when called into his office (I was always told how sexy I look in black clothing and that he would like me to walk on his back with my high heels) to late night phone calls from the boss telling me and other female employees to go over to his house.

The complaints poured in. I was not the only one. The other managerial staff were also alerted about what was happening but still, nothing was done.

I reached breaking point when I was ordered to work longer hours than everyone else. This was after I refused to side with the station manager when the sexual harassment allegations were finally being taken seriously by the other managerial staff.

Questions about late night phone calls were being asked and I suppose the station manager started getting scared. He then asked me to write an affidavit stating that I was not being sexually harassed by him. I refused. I could not go under oath and protect a man that was harassing most of the young women in our office.

Standing up for myself led to me being fired. No questions asked. A simple “You don’t fit in here” and that was it. I took matters further and contacted relevant organisations to help me deal with the matter. A former colleague and I went to the Commission for Gender Equality (CGE) to lodge a sexual harassment complaint. They then advised us to also open an unfair dismissal case at the Commission for Conciliation, Mediation and Arbitration (CCMA). My CCMA case was settled in November 2017 and it was in my favour but, unfortunately, the CGE case is still ongoing.

My biggest concern is that I know I am not the only young female who has gone through such a traumatic experience while seeking to gain work experience and trying to further my career. It is crazy that in this day and age women are still being subjected to such treatment. We work hard to be recognized for our accomplishments yet in some work places women are expected to appease the boss sexually in order to achieve success.

I attended a good high school in Kimberley. Obtained good enough marks to get a bursary and was accepted at the University of the Free State where I studied Communication Science with Specialization in Media Studies and Journalism. I had worked temporarily as a waitress and a promoter in Bloemfontein while I was studying but I was extremely excited to finally work in the field that I was so passionate about.

As a young woman who has always worked hard it saddens and scares me to think that all this hard work is for nothing. That, in fact, what I have to offer sexually is what determines my value as an employee; and that sexual harassment in office spaces is a daily reality that so many women are forced to live with.

#WeToo: Sexual harassment in the workplace

Why I’ve coined listeriosis as hysteriosis

Abortion: Should a man have a say on what a woman decides with her body?

An opportunity to come together: everyone must be part of the conversation