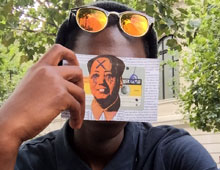 [intro]For our September Tourism Month contribution we go to St John’s College in Johannesburg. They recently arranged a rare trip for a group of their art students to the USA. A budding teenage writer who is the grandson of the renowned novelist Lauretta Ngcobo and son of the filmmaker Kethiwe Ngcobo gives us a first-hand account of his maiden voyage to the Big Apple and Washington DC.[/intro]

There were conflicting emotions when I first stepped out of the airport along with my other school mates. The sight I saw was one that pushed aside my preconceptions about the United States of America. Immaculate streets and avenues. Brilliant-green trees and a lack of MacDonald joints.

OK so I visited only two states. My notions of America being a crazy, chaotic place might still be rife elsewhere. Somehow I was consoled when the stereotypical, lingering smell of patriotism came to greet me and followed me for the entire trip. No, I’m not talking about the aroma of hot dogs, apple pies or bagels on every street corner. That was there in profusion. But, I’m talking about the American flag outside every household and in the window of every car. Like lost people who need to be reminded where home is. 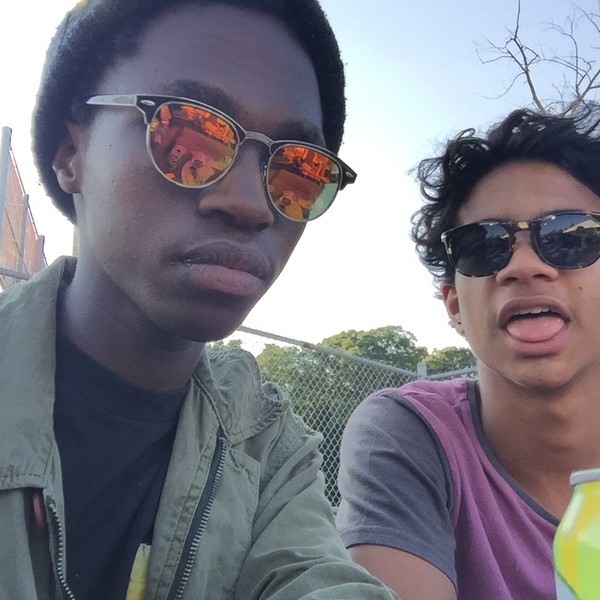 My name is Mangaliso Ngcobo and I’m a 15-year- old boy from Johannesburg whose view of the world was contradicted suddenly and informed correctly thanks to experience.

The reason for my going on a dream vacation to the States is my school. The art and drama department invited students from grades 10 to 12.

I envied the older boys. Then I was chosen… The only student from the 9th grade that went on the tour. Of course my love of art is to blame.

“There is no way that the St Johns College is going to the States to see art without me,” I promised myself.

So with the help of a few of my older friends I managed to convince the faculty to let me join the tour. They say lobbying is a big thing in Washington DC. I guess I was practising.

The tour’s focus was art and drama mainly. So, our itinerary was jam packed with visits to museums, galleries and… shows on Broadway. 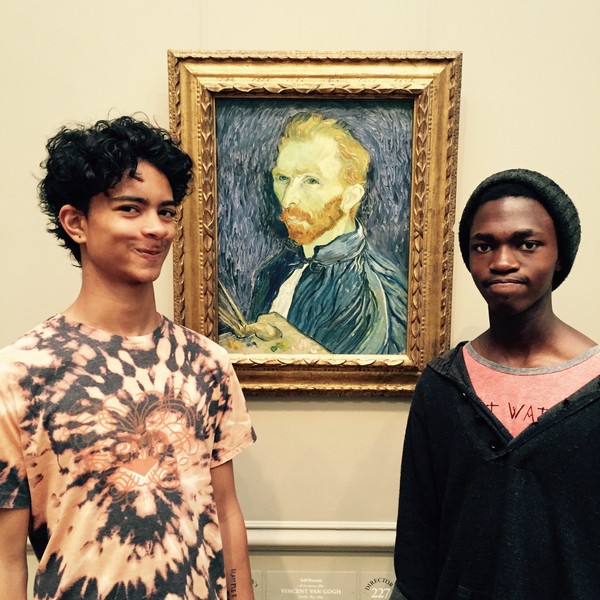 The art galleries were filled with art from around the world and each one was arranged differently. The place that was curated most uniquely was the Philips Gallery. It wasn’t set out in the conventional way, allowing for the art to be surrounded by work that comes from a similar time or is of the same style. Instead it all mixed it up. Different time periods and styles side by side. Art that expressed similar ideas or aroused related feelings were grouped together, for a more homely feeling. That’s not to say that places like MoMA (the renowned Museum of Modern Art) and the Guggenheim didn’t peak any interest. Those were my favourites. Modern and contemporary. Filled with the vivid images of Andy Warhol and the challenging Carribbean artist Jean-Michel Basquiat. Works that appeal to my youth.

My mind and eyes (and sometimes my heart) had a lot to take in. My senses didn’t take a break and later my ears joined in as we headed for the theatre leg of our itinerary.

I don’t go to the theatre often. So, I did not have much to compare, besides the odd show at the Market Theatre in Johannesburg or our school productions. But I enjoyed thoroughly nearly every show. Each one had something different to offer. Whether or not the offerings were good, that’s another discussion.

I watched musicals like Dear Evan Hansen. A show that had a powerful storyline about a boy who writes letters to himself on the instruction of his therapist. One day a socially awkward bully at his school commits suicide. The parents of the bully find one of Evan’s letters in his pocket, after he took it from Evan. His parents assume it’s a suicide letter and things spiral out of control from then on.

One of the other musicals we saw, Kinky Boots, did not impress me at all. It was a poor mix between raising awareness of the rights of transsexuals (or cross dressers) and imitating The Rocky Horror Picture Show!

The dramatic arts in the States is massive and a large money-making industry. But it requires bravery and commitment. People who do well in the industry will make millions and the others will barely get by. This is scary especially because the unemployment rate in the industry in New York alone is 90%. If there is anything I will take away from America is that arts is big, but it doesn’t have enough room for all its disciples.

Our visit to the States left me with impressions of freedom and independence. After all that is the overriding “American theme”.

I was reminded of the 33 Amendments (of the US Constitution) because there was a feeling of safety in nearly every place we visited. As a South African, fed news of America and its gun related violence or trigger happy authorities, it just didn’t seem right to feel so safe. South Africa and America could be similar for someone like me who hears about and fears crime but hardly ever experiences it. The scary statistics of the crime rate and the murder rate remain remote.

We had to focus on being “street smart”. Some people have to use this skill on a day-to-day basis while others have no clue. For me and my school group, we had to relearn our “street smart” skills. In the USA it’s a whole different way of being. For starters we had to find our way around, getting to know the names of streets and Subway stops, in the small part of the US we visited.

The art in America is not exclusively local art. It’s an array of imports from around the world. They have the resources to do this on a big scale. Artists are no longer exports of their respective countries. They become the exports of local American galleries and museums. When they become known outside of the galleries, that is.

Young artists from around the world are also attracted to the idea of making it big in a place like New York. The American dream is appealing. 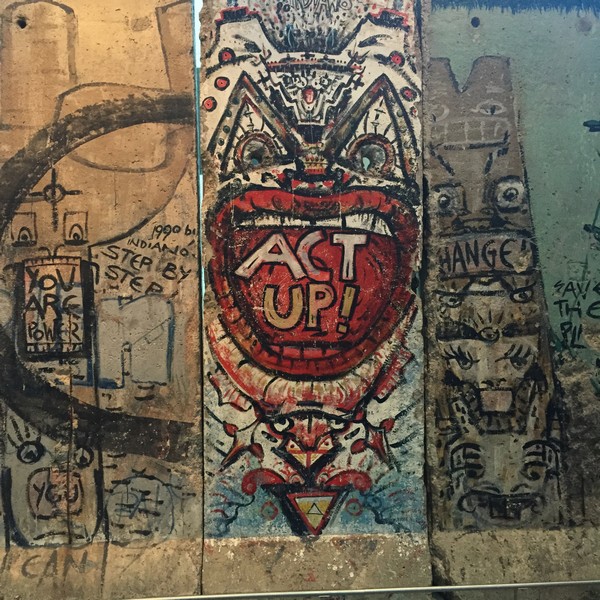 And there is also space for being alternative. There are more and more artists who stray away from the mainstream, to preserve their integrity especially among their peers. They tend to call themselves street artists. Streets art is popular in the States, just like conventional art. All types of artists want their work to be well known, whether or not they get paid and the States is where they can get that type of exposure.

Without a doubt, America is the most diverse place I have ever visited, with people from all corners of the world. In New York I felt like I was as local as people who actually lived there because they had stronger foreign accents than mine. I was even asked for directions by fellow tourists and surprisingly I was able to provide it.

New York is a busy place where noise from traffic at 3am is the norm. Where people like the Naked Cowboy, a street performer, can make millions and has a bigger net worth than most businessmen. And it’s a place where apartments can range from $1 200 to about $100-million dollars.

For a country at the centre of conflict and war it’s only fitting that they have the many memorial sites. The most impressive is Arlington cemetery, Americas largest with approximately 3 000 services being held yearly and nearly half a million active duty service members’ graves. That’s 1 100 acres of graves.

Arlington is a place where people go to remember and honour loved ones and brave soldiers. But it’s difficult to imagine how it’s done as the graves are arranged uniformly and immaculately in endless rows and columns. To me they seem almost forgotten, reduced to a heritage or tourist site.

Arlington isn’t the only war memorial. It seemed to me as if Washington had more embassies, war memorials and monuments than people.

In among the buildings that represent the government, its history and power there are people and social movements that organise roadblocks, marches and protests like any other city. But these people seemed infinitely much braver and more passionate about their cause. Most of these footling groups aren’t taken seriously and yet they are out there anyway because they truly believe in something. I will always admire those people for believing and standing behind something, although sometimes their reasons seem daft. But who am I to judge.

In conclusion America is a place that is truly unique that has influence in every corner of the world. 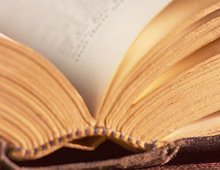 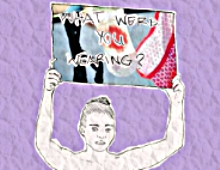 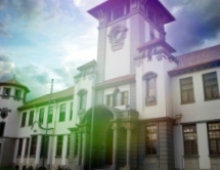 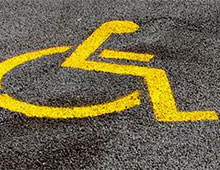 Wheelchair bound and in search of accessible public transport