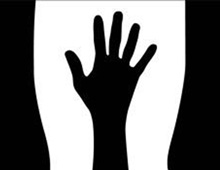 [intro]For the past week 22 women gathered in Kampala for the Writing for Social Change Workshop 2015. It is an annual event of The African Women’s Development Fund (AWDF) in collaboration with FEMRITE, the Uganda Women Writers Association. The 10-day event attracted young talented women from across Africa. The writer was one of the participants chosen from hundreds of applicants.[/intro]

Sometimes I wonder if the woman I am named after, the Prophet’s wife, would be ashamed that I carry her name. These thoughts mostly happen in the dead of night. That time of the night when you unfold after a long day of navigating the world, while holding yourself tight lest anything spills out. That time of the night when the darkness is more illuminating than the day’s sun. When the darkness reveals all that was hidden during the day. I wonder if she knew that there would be women, long after she was gone who would be given her name and who would be so unworthy.

I was an early bloomer and my breasts started growing when I was 10, way ahead of my age group. I worked hard to disguise them by wearing an extra petticoat in the hope that it would flatten them. I never removed my sweater in primary school, after someone made a comment of how they looked beneath my school uniform. I started wearing big t-shirts and avoiding games. It wasn’t until high school that I became a little bit comfortable. But by then I was fat so I was fighting another battle.

I don’t remember when I realised that my body was the measure of my worth. 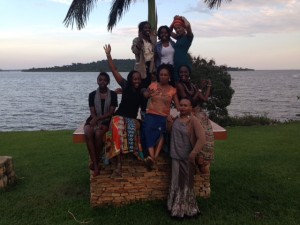 One day I was playing house with my cousin’s friend. At some point he told me to remove my clothes so that we could do what parents do. He then told me to lie on top of him and we stayed like that for a few minutes. Then he said we were done and I got off. He then told me how cheap I was, for allowing him to do that with me. Have sex with him, that is. If it had been Munira from across the street she would not have accepted to do that. Munira was a pure girl. After that he told all the other boys that if they wanted to have “sex” they should try me. I was easy. We were 9, I think.

Sex Was A Surprise

Our watchman liked to touch my breasts. I was 11 and he would touch me every chance he got. He would then smile and tell me how beautiful I was and how pretty my breasts were. He didn’t call me cheap or easy.

The first time I had sex, for real, it was a surprise. I never intended to do it because I wasn’t supposed to. I was 23 and I’m not really sure if I loved him but it was important that I believed so. I was less easy, less cheap if I loved him. I had convinced myself that nothing would happen. We would stop. When he started touching me, I kept reminding myself to tell him to stop. But I didn’t. My body was a willing participant. I guess I shouldn’t have been surprised. After all, I was easy.

You can only lose your virginity once. It is the ultimate mark of your worth and so it was arranged that you would lose it to your husband… the prize you offer the man who would validate you for the rest of your life. It is highly coveted and guarded zealously. Your value decreases if it is given to anyone other than your husband.

I almost lost my virginity to my cousin’s husband. They lived with us because he had lost his job and my mum took care of everyone. Every time I was alone with him he would touch me. He touched my breasts but he liked to touch me between my legs more. He told me I was a good girl and that I was making him happy. There was this one time he was in the toilet and he heard me waiting on the other side to go in. He came out with his kikoy lifted up and his penis, fully erect in display.

I will never forget the leer on his face.

The night he decided to take my virginity, he came home late and drunk and my cousin told him to sleep on my bed. I woke up feeling his hands touching me as he removed my panties. I started crying silently, trying to push him away from me. He grabbed me and pushed me against his chest, using one hand to restrain me. With the other hand, he spread my legs, and started to insert his penis into me. I was shocked. I cried out loudly. My cousin, his wife, heard me and came into the room.

He quickly pushed me away before she switched on the light. She asked me what was wrong. I told her that he was trying to put his thing in me. Her husband told her that he had not done anything. He said it was only that I was sleeping in an awkward position. He had been pushing me away from him. She angrily told him to get off the bed and go sleep in the sitting room. She then told me that I shouldn’t tell my mum. That he was drunk and didn’t know what he was doing. And that it will cause problems if I told her. She cried.

He never tried again after that but he never stopped watching me.

A few months later they moved away.

I never told my mother.

I was the last one of my friends to get a boyfriend. We were around 15 and my friends were talking about the boys they met. They were giggling about holding hands and stolen kisses. I wanted to ask them if it hurt them when they were touched. If they felt dirty afterwards.

I started viewing my life as Before and After. Everything that happened to me After, I found a way to connect it to losing my virginity. Everything that went wrong was a consequence that I accepted. I had committed the original sin and I was not worthy anymore. I lived the life of the condemned with nothing else left to lose. So when I got pregnant I accepted my punishment. And when I lost the baby, it was also a punishment because I had dared to want the baby. You are not supposed to enjoy the punishment. You bear it, but you don’t enjoy it.

The first time I looked at myself in the mirror and I didn’t hate my body I wept.

Invisible scars criss cross my body. Many self inflicted. To this day standing in front of a mirror requires courage. It took a long time for me to unpack all this and it is still an ongoing process. And there are days when I still look at my body and wonder which part carries the most value.

Lupita Nyong’o said:
“What is fundamentally beautiful is compassion for yourself and for those around you. That kind of beauty enflames the heart and enchants the soul…” 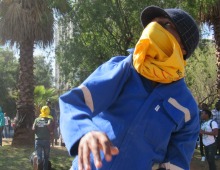 “These are guys who shoot first and ask questions later” 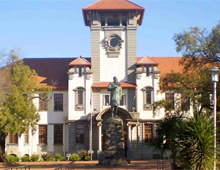 Does initiation belong in the 21st century? 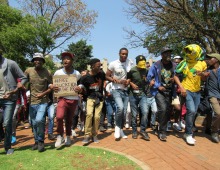 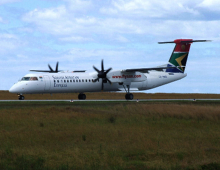