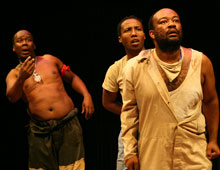 City of Gold takes to the stage

The Market Theatre, often referred to as South Africa’s ‘Theatre of Struggle’ and celebrated for its anti-apartheid plays-including the likes of Woza Albert, Sophiatown and Born in RSA-is celebrating its 40th birthday this year. The theatre was founded by Mannie Manim and the late Barney Simon in 1976; and opened its doors at the height of apartheid rule, just five days after the June 16 Soweto Youth Uprising. The Market Theatre operated as the first independent, non-racial theatre during South Africa’s apartheid regime. 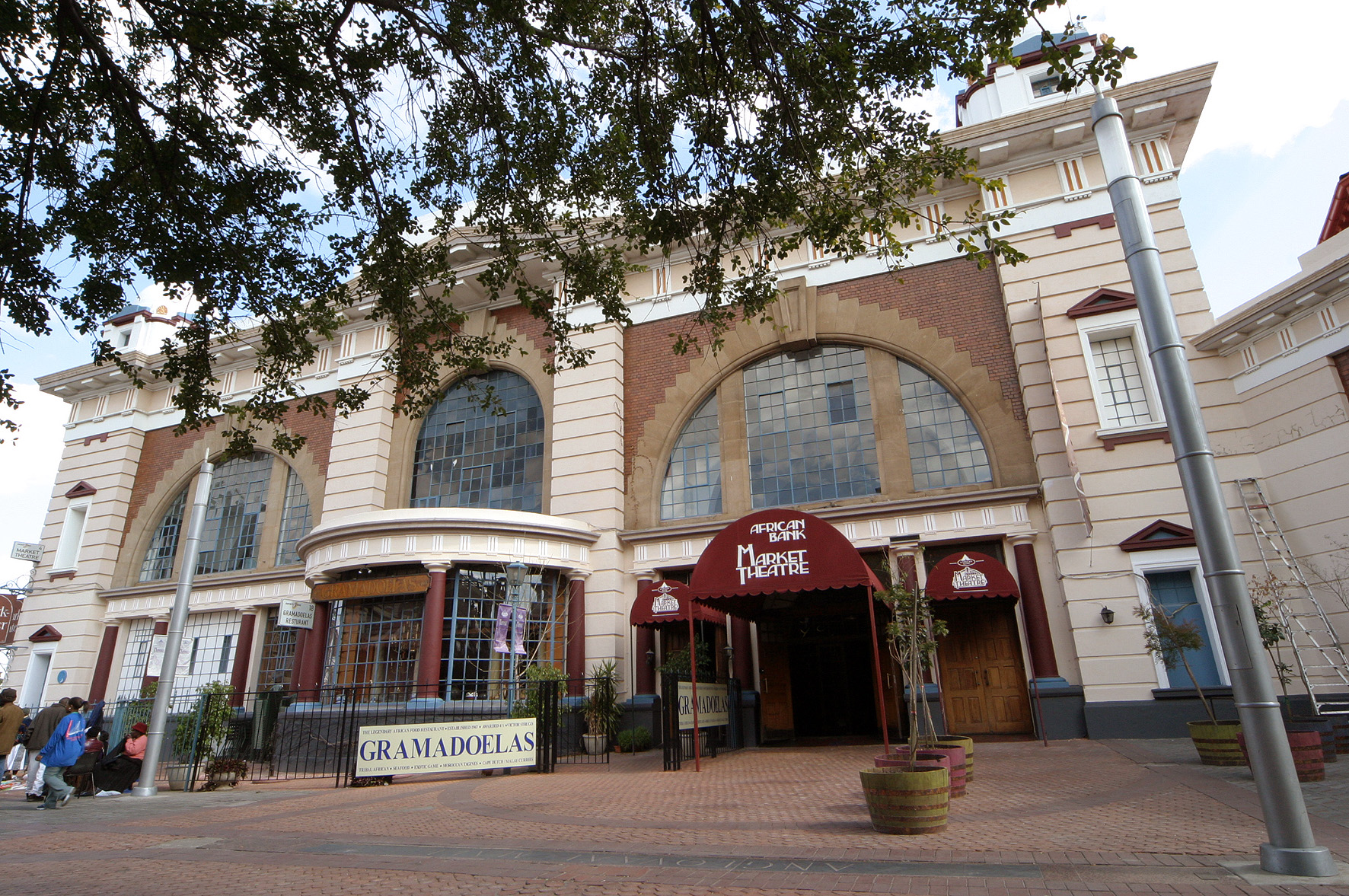 In celebration of the theatre’s four decades of existence, and in order to highlight its role in shaping social commentary through the arts, audiences were treated to the restaging of Egoli in January; one of South Africa’s classics, directed by Phala Ookeditse Phala and penned by Matesemela Manaka in 1978.

Egoli looks at the black experience during apartheid South Africa, which, over two decades into our democracy, is still massively relevant. Set in urban Johannesburg, Egoli tells the story of migrant workers who are forced to face extreme hardships, suffering and humiliation under the duress of capitalism and apartheid. The play takes a hard look at their daily dealings with poverty and racial inequality, class struggles and the emasculation of men who are forced to move away from their families, in order to make a living. 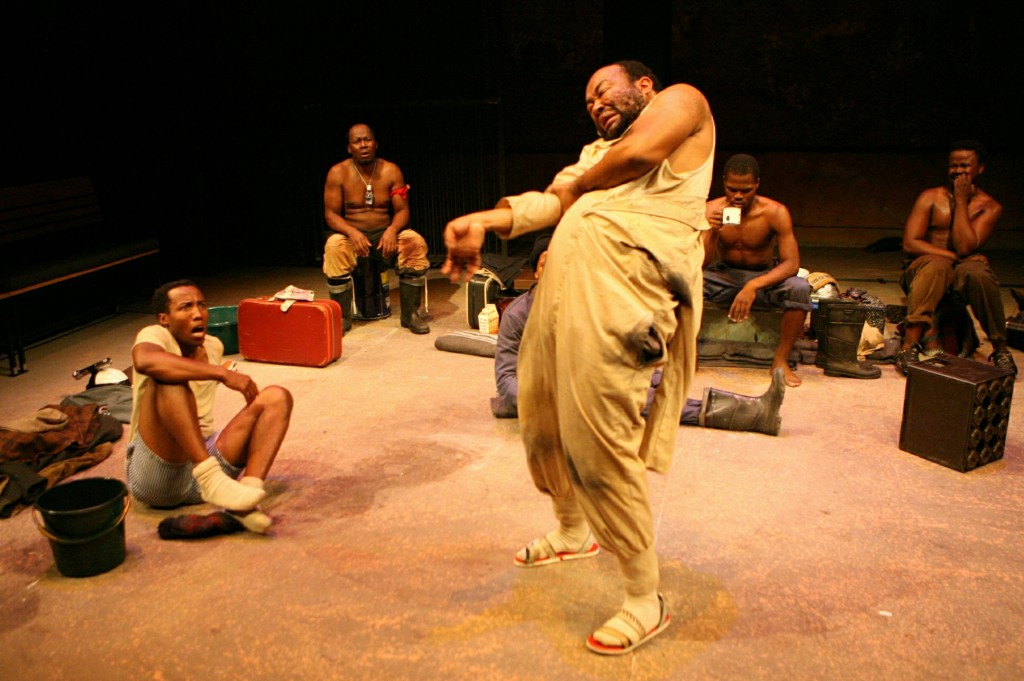 Manaka, the original writer, and one of South Africa’s theatre legends, played a large role in shaping the landscape of resistance art and was afforded an opportunity to stage Egoli for the first time at the Market Theatre in 1979. He is revered as a playwright, poet, director and cultural theorist, whose work often deals with the emotional and psychological effects of the socio-political oppression experienced by black people in South Africa.

Phala, who is mentored by experienced director Makhaola Siyanda Ndebele, does justice to Manaka’s play, and brings to life the intense daily reality of a migrant worker, who lives between overcrowded hostels and the hot belly of earth. With an established cast-including the likes of Hamilton Dhlamini, Lebohang Motaung, Katlego Letsholonyana, Faith Busika and Billy Langa- Egoli continues to mirror the exploitative reality of the current South African mining industry; while examining the complexity of race, unjust laws, culture and social stratification.

Not only are the oppressive structures of the capitalist-driven migrant labour system brought to bear, but the detrimental effects on thousands of black families are also recalled, as people were forced to leave their homes in search of work. In one scene, Oupa Ledwaba (played by Alfred Motlhapi), leaves his home to look for work in the city, and joins his father in the mines, who left home many years before. His first shift ends in tragedy, as the young man is killed while underground. Emphasis is continuously placed on the history of our oppressive labour sector, which continues to marginalise citizens based on race. 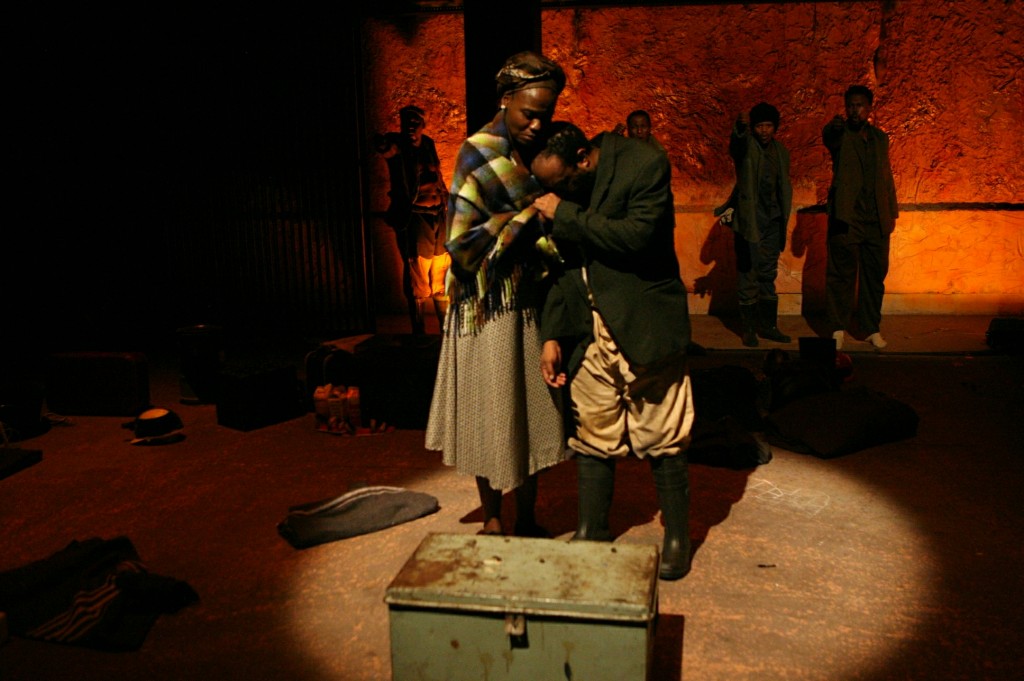 The soundscape is intense and beautifully layered. The play opens with the sounds of shovels and picks reverberating within the hard earth. We see Katlego Letsholonyana, who plays a migrant worker, chipping away at the tough rock. On the opposite side of the stage, Faith Busika, who plays a mineworkers’ wife back in the village, comes slowly into view. We hear these familiar sounds throughout the performance, and are reminded that although there are elements of hardship, there are also songs of determination and hope.

At one point in the play, a group of men sing and hum as they clutch onto their loud drillers against the earth, periodically breaking to discuss, in what sounds like Fanakolo, setting out dynamite to blast through the rocks. Here again, the soundscape provides an essential role as the songs of migration and Fanakolo – a combination of language developed and used by the southern African mining companies and made up of Zulu, Afrikaans, Nguni, Sotho and English- is used throughout the piece. The language allowed ease of communication within a colonial system for mine bosses and many Africans, coming from diverse corners of the country and is currently being phased out for cutural and safety purposes. 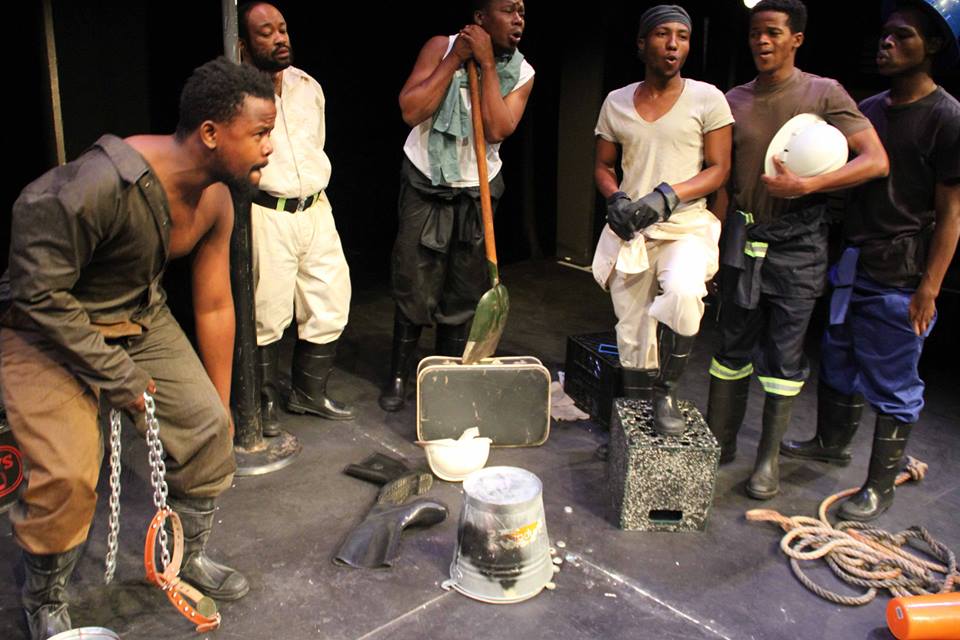 Even though Manaka wrote Egoli in the late 70s, it serves to remind us of the legacy of apartheid and colonialism, through the arts. The exploitation of workers continues, a fact not lost to the now stalwart playwright. In 1990, Manaka wrote, “If the present is a reflection of past and an idea of where we are going in the future, it is perhaps of greater import to be clarifying the bases of future through and in our theatre making.”

Disrupting the silencing of voices

Protest at RMF exhibition an ‘act of black love’

City of Gold takes to the stage