Action Kommandant: Documenting the life and struggle of Ashley Kriel 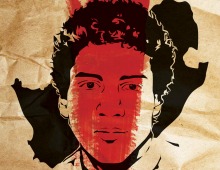 [intro]Action Kommandant, the story of the life of freedom fighter Ashley Kriel speaks to several generations and is testament to the solidarity, suffering, power and leadership of the country’s youth in the last decade of apartheid rule.[/intro]

Ashley Kriel, a noted organiser and agitator against apartheid, was around the same age as those who took a stand this week against racism and discrimination in their schools. In the much-publicised documentary, Action Kommandant, directed by Nadine Cloete, there is a necessary conversation starter about forgotten heroes and the role of the youth in our continuing fight for a just society.

Kriel was in primary school when he first became actively involved in mobilising against apartheid in Bonteheuwel, an apartheid township on the Cape Flats that was established following the Group Areas Act. The message of youth leading the struggle is strongly brought across in Action Kommandant, a new film documenting community activists in the 1980s with Kriel as one of Bonteheuwel’s most radical figures.

“Action Kommandant speaks to the power and leadership of youth. Ashley says to the new generation ‘Don’t mourn for me, organize’. He believed firmly that the fight for freedom does not end when we receive political emancipation. This is the stage we are in now and once more our youth must lead us,” said director Cloete.

At a talk with dissident poet, James Matthews, at the University Currently Known As Rhodes (UCKAR), Dr Robbie van Niekerk, Director and Professor of Social Policy at the Institute of Social and Economic Research, gave a rousing testament to both the life and work of Kriel.

“Ashley was an undoubted radical – he believed that the creation of a humane, socialist society was ultimately the only alternative to the capitalism that was ravaging South African society and this came from his own very personal experience of poverty in Bonteheuwel, of sub-economic housing, under-resourced schools, poor quality health care and the pittance of a wage his single-mother earned as a exploited ‘tea- girl’ in a factory,” said van Niekerk.

The man behind the fist

Action Kommandant traces the life of Kriel as a grassroots activist and the real dangers that revolutionaries faced when they joined the underground structures of the ANC. The documentary is not only a story of defiance, but also speaks to the everyday political actions taken by activists such as Coline Williams and Henriette Abrahams for instance.

One powerful scene retells the story of how Abrahams and her friend, at the age of 15, stopped a Dairybelle truck in Bonteheuwel, looted it and freely distributed the milk products to women in a nearby clinic. A humorous setting in retrospect, that speaks to the bravery of young women, who took matters into their own hands and understood the significance of supporting their greater community.

It’s the story of the resourceful dissemination of contraband political information on the plastic covers of school books and the noisy audio interviews with his mother Ivy Kriel, known to most as Aunty Ivy, adds colour to Kriel’s character and life. These, and other vignettes of life on the Cape Flats in the 1980s, are jigsaw pieces in the full picture Action Kommandant gives of the community and family that Kriel came from and served.

“From the onset I felt that I wanted to know the person behind the fist in the air. Ashley was of course many things – a son, a brother, a comrade, a friend, the soldier, the intellectual, the guitar player, the icon. One of the reasons the film works in conveying the complexities of his life is that we don’t place more weight on any particular role,” said Cloete.

The techniques used, such as illustrations, animations, archival footage and old lo-fi recordings of Kriel playing the guitar, all lend to the creation of the many facets of Ashley Kriel.

The viewer senses the closeness Cloete has with the interviewees and the narrative itself. She and her team’s sensitivity and attention to detail bring the exhilarating and heartbreaking story to a tense head. The use of animations in the re-creation of Kriel’s death is as rage-inducing as it is respectful to the memory of Kriel, and authentic to the film’s cause.

“The film is told very much from the inside out. This was me talking to my own people, wanting to know more, wanting to understand, wanting to not be further erased from history, and I believe the interviewees experienced it like that too. Even though I was only born in the 80s I see myself as part of the community Ashley was working to conscientise – Ashley is dead for 29 years now and I am 29 years old. What does that mean to me?” asks Cloete.

Action Kommandant speaks to the moment of disruption we are in and seamlessly links the days of apartheid, where school children of Soweto ’76 protested against the inhumanity of apartheid, and the post-apartheid South African situation, where university students are continuing to demand access to education and school children protest against exclusionary, demeaning and dehumanising policies in their school. Aluta Continua.

Check out the next screening on Thursday 1 September at Wits, Auditorium 2 at 17h30. 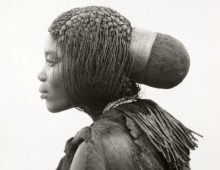 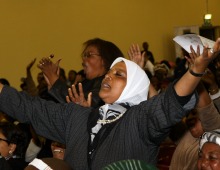 Ten years on: The rise and rise of the Cape Cultural Collective 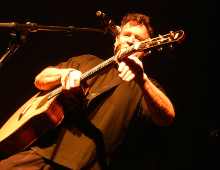 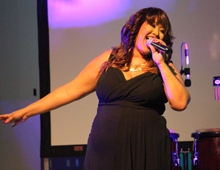