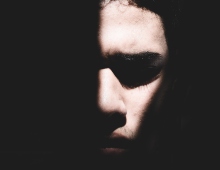 In a society such as ours, with high levels of gender-based violence and public performances of misogyny, it is important to reflect on the impact that representations of hyper-masculinity in the media has on society, as it has the power to shape values, norms and perceptions.

Hyper-masculinity: the quality or exhibition of exaggerated masculine behaviour or traits, especially strength and those of a violent, dominant, or sexual nature, (YourDictionary.com)

When I was growing up James Bond was the man that I aspired to. His masculine body framed in tailored suits, sitting at the bar, eyes brooding, waiting for his iconic drink – a vodka martini, shaken, not stirred. He drove an Aston Martin and left a string of beautiful girls (often 10 years his junior) in his wake. In a fight he beat his opponents without breaking a sweat. This was the man we all wanted to be. His life was every teenage boy’s fantasy. A fantasy it has remained.

After all this was a character in the make-believe world, as it played out in Ian Fleming’s imagination; nothing close to the real, unglamorous, dangerous and dull life as in say John Le Carre’s world of espionage.

Fictitious though it is, the world of James Bond was the mould into which many a young man wanted to fill their aspirational life. Such is the power of media as an influencer of young people’s life choices and habits. Research has found for example that peddling a lifestyle of glamour to young people is a surefire way of cultivating a lifelong loyalty to a brand.

The myth of the alpha male has shaped the way men are viewed in society, influencing toxic hyper-masculinity. Hyper-masculinity occurs in two situations argues Luoluo Hong in his paper Toward a Transformed Approach to Prevention: Breaking the Link Between Masculinity and Violence. According to Hong, when men are denied full access to the privileges of patriarchy because they do not suit the hegemonic notions of masculinity, they are more likely to try to prove their manhood by adhering to stricter, more extreme exhibitions of traditional masculinity, trying to be “tougher”, in order to compete with their peers.

Since media reflects society as much as it influences it, the machine keeps churning this unhelpful cliché of what it is to be a man. So why is it important to analyse media content through a gender lens? Because recent research undertaken by Genderlinks reflects some of the unequal gender dynamics at play within broader society.

The study found that gender stereotypes are still prevalent, with women comprising 77% of programme creators but representing only 15% of directors in entertainment. The study also found that prevention of gender based violence constitutes only 5% of topic coverage in local reporting and that news media waits for violent incidents to occur rather than shedding light on underlying drivers of violence.

The statistics around gender based violence are also staggering. According to Genderlinks an average of 100 rapes are recorded daily not accounting unreported incidents. One in five women over the age of 18 has experienced physical violence at least once in her lifetime. And the rate of femicide in South Africa is four times that of the global average, meaning everyday three women die at the hands of their intimate partners.

As an audience we are often oblivious to being bombarded with gruesome brutality in various films and gaming content. Interestingly, we are able to traverse dichotomous content through channel hopping – moving from a casual sitcom or romcom, to a mindless reality show or a gruesome John Wick Parabellum. But as consumers we are not detached absorbers of content.

Current technological developments including virtual reality, artificial intelligence, augmented reality, sound techniques and the immersion of oneself as an avatar in various games have led to the likelihood of an increase in spates of violent actions in society.

In patriarchal societies such as ours, stereotypical division of labour between men and women has placed men at the apex of the tribe, as their contribution to the survival and thriving of the species is valued more than that of women. Whereas men and women contributed equally in hunter gatherer societies in earlier times, the development of tools and the introduction of agriculture elevated the role of men to dominate in the hunting sphere, and women become more involved in the domestic sphere as success in hunting required strength and speed on the one hand, and the sedentary life occasioned by ready access to resources and shelter meant women spent more time at home. This was mainly because of the biological endowment’s men have: bigger bones, higher testosterone levels, and the lack of female reproductive organs that make women bearers of children.

Being manly soon became associated with being strong and not weak. Any sign of weakness was frowned upon, and boys were acculturated into the world where any display of weakness (read any behaviour associated with girls or women) was actively discouraged. They do not cry, lose fights or fail to provide for and protect their loved ones (the possessive adjective is deliberately pronounced here).

Traits such as compassion and emotional expressiveness, society says (amplified in media texts and subtexts) are best suited in women and much less so in men. As such men suffer in silence, are not allowed to express their emotions, even when going through difficult times and are overwhelmed with challenges, challenges that literally challenge their manhood. So occasionally we hear of familicide: “A man kills children, wife, then turns gun on himself,” shout the headlines.

A look at the various crime statistics consistently show that black men are more vulnerable to violent crime than any other demographic in South Africa. So, not only are men perpetrators of violence, they are also victims.

Over the past few years the Film and Publication Board, in its annual reports, reflects “violence” as the most prevalent classifiable element in content. According to the latest report, violence remains the most prevalent element in films, followed by offensive or crude language, sexual activity and substance abuse.

The media cannot hide behind the fact that there is real violence in real life. Positive forms of masculinity can and should be promoted through media representations of such forms. As beneficiaries of millions of Rands generated through various platforms, media owners and leaders know without a doubt the power of media to influence. A move towards the portrayal of more balanced men, who show strength of character and stand for what is right, while also showing compassion and emotions when the situation calls for it is a move in the right direction if we are to turn our society around, away from the violent, abusive and homicidal chaos we find ourselves in. Eulogising the virtues of men who respect women as opposed to criticising.

The extremely high levels of violence, child abuse and gender based violence in creative content in South Africa is at high levels. This may require that regulatory bodies and or social activists call upon government to clamp down on this kind of content and make provision in law for the educational value of film content when regulating. The intent of the film maker, context and artistic merit is considered when classifying content. But the moral dilemma continues to be balancing constitutional rights vis-à-vis artistic merit and freedom of expression.

Toxic Hypermasculinity and the portrayal of gendered roles in media

How should journalists report on this epidemic