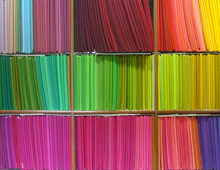 Unravelling the fabric of the industry: South Africa’s Clothing and Textile Business

The story of the clothing industry is one of a sector that was shedding tens of thousands of jobs a year through the late 1990s, but has recently started to create new jobs. Before the transition to democracy, the sector employed roughly 250 000. It was supported by very high tariffs that kept foreign goods out, very low wages that kept costs down, and substantial financial subsidies that kept businesses alive, particularly in the old homelands areas. Yet these features were not sustainable – from the mid 1980s, the system began to come apart. Minister Ebrahim Patel writes for The Journalist.

From the mid 1980s there was an increase in global pressures for lower trade protection, rising wages as workers began exercising their collective muscle and decreasing fiscal capacity to pay incentives to industry. All these factors began to unravel the old fabric of the industry.

In 1993, on the eve of the new democracy, South Africa took part in talks on a new global trade deal aimed at setting lower tariffs and opening markets across the world.

South Africa was represented by the out-going government, which had little interest in long-term development and which offered to dramatically slash protection for local industry. Even though the trade unions, with the support of the late Nelson Mandela (before he became President of the country) tried to reverse this, they were only partially successful in changing the country offer.

The results were that over the first decade of the democracy, protection for the clothing and textile industry was lowered every year, from a high of 100% to 40% by 2002. At the same time, China was building a massive, very competitive clothing industry geared at export to other parts of the world.

The big challenge with the lowering of tariffs was that it was not accompanied (or better still, preceded) by an active and targeted industrial policy to build new sources of competitiveness in the industry. The result was that locally-made clothing began increasingly to be replaced with imported goods, mainly from China.

As imports started pouring into South Africa in the late 1990s, it led to very deep destruction of jobs and closing of factories.

The effect of opening our markets as quickly and as widely as this, were devastating.

The numbers can help us see the scope of what occurred: at the beginning of 1996, South Africa had about 266,000 clothing, textile, footwear and leather (CTFL) workers. By the end of 2011, the numbers had more than halved; we had only 100,000 workers.

The lessons were clear: while the high levels of tariff protection of the past was not sustainable and led to inefficiencies and high prices, the shock therapy of simply opening markets was not appropriate either.

Of course it was not only the influx of imports or the growth of China that lead to this devastation. There was also local inertia, and lack of competitiveness. For some time, local clothing, textile and footwear factories had not adequately invested in new machines and processes or trained workers sufficiently. Nor did most of them develop competitiveness against cheap imports through improvements in design, innovation, quality and speed-to-market.

Customs fraud contributed greatly to the decimation of the industry. Importers brought goods into South Africa without paying their import duties – basically smuggling things into the country – which weakened the tariff protection further. A new industrial policy was urgently needed.

In 2009, government introduced a stronger industrial policy and a package of measures to help the industry recapture domestic market share. It worked closely with local businesses and the South African Clothing and Textile Workers’ Union (SACTWU), to do so.

Government intervened because the clothing sector is very labour intensive. Jobs needed to be saved but in addition, the industry had potential to grow – a rejuvenated clothing and footwear industry could create jobs easier and cheaper than most other sectors and create a positive ripple effect in other parts of the economy. The industry is also a significant employer of women and of people in semi-rural areas.

As a first step, in October 2009, government raised the import duties on a range of clothing products from 40% to 45% (the highest permitted level given WTO commitments), in order to slow down imports and create space for local manufacturers to restructure.

To help companies do this, a new Clothing and Textiles Competitiveness Programme was introduced in 2010. To date, its flagship ‘production incentive’ has supported 466 firms to recapitalise, train workers and management or re-engineer their processes. Since 2011, it has disbursed grants to the value of more than R3 billion. Our main other incentive, the Competitiveness Improvement Programme (CIP), supported 42 industry clusters and individual firms to the value of almost R430 million.

Apart from the incentives, further capital has been injected into the industry by the Industrial Development Corporation (IDC) since 2009 through the approval of loans and equity worth almost R3.6 billion. The IDC financing allowed manufacturers to invest in factory upgrading and expansion.

On the trade side, the South African Revenue Service (SARS) played an active role in the fight against customs fraud. It implemented more strategic customs surveillance in to combat the problem of customs fraud and smuggling in the industry.

On the demand side, government instructed all departments, municipalities and public entities to buy all their footwear, clothing and textile products from local factories.

As a result of these interventions, the industry has been stabilising.

Trade data shows imports slowing down after having risen very sharply in the 2000s. The US Dollar value of clothing imports, which is a useful indicator of volumes, peaked at $1.8 billion in 2011 and has not increased above that number since then.

The slowdown of clothing, textiles, footwear and leather imports has been mirrored by an increase in local manufacturing industry sales: from about R41.8 billion in 2010 to over R50 billion in 2015. The increase of 21% over five years needs to be contrasted with the decrease by 6% in the former years from 2005 to 2010.

Jobs also stabilised. In fact, the latest available data shows a year-to-year increase of 1.8% in the number of employees across the industry from September 2014 to September 2015.

The industry has a number of black-owned businesses and a generally strong partnership between business and labour on industrial policy matters. Working conditions and decent work are regulated through collective agreements that are negotiated by the trade union with employer associations.

Our interventions in the industry have therefore, on the whole, been a success, though much remains to be done to fully realise the potential of the sector.

The social partners should now seize the moment, with a ‘weaker’ rand and an active industrial policy in place, to make the industry more competitive, claw back the local market from the high level of imports on our shelves and begin looking at exports again.

The lessons of industrial policy in the sector may help to shape what government and our social partners can do together to further grow jobs in clothing, footwear and textiles and to replicate the experience in other sectors.

By industrial policy I refer to the use of a toolkit of measures to effect economic transformation, competitiveness and decent work through strengthening economic performance; skills acquisition; improved technology, innovation and industrial organisation; and research and development.

There is scope to do more to develop the clothing industry, not least of which is better, higher and smarter investment in the skills of workers. As technology in the industry improves – and equipment upgrades have transformed the shop floors in a number of factories – the value of a highly-skilled, flexible workforce supported by decent work policies, is clear.

Some of these lessons can also be applied to other sectors in our economy with high employment potential.

Ebrahim Patel is the Minister of Economic Development

UHURU Now: Grahamstown: the city of saints and sinners

“The Kings decree that we must work and die”

Climbing the ladder of economic development

The politics of rage puts South Africa’s gains in danger

The rage is of course understandable. Many have warned us for a long time that the extreme levels of inequality, which have only grown in the post-apartheid era, and the political and societal polarisation it engenders will catch up with us. The cherry on top is the corruption, perhaps most egregiously reflected in the Marie […]

Unravelling the fabric of the industry: South Africa’s Clothing and Textile Business

From the mid 1980s there was an increase in global pressures for lower trade protection, rising wages as workers began exercising their collective muscle and decreasing fiscal capacity to pay incentives to industry. All these factors began to unravel the old fabric of the industry. In 1993, on the eve of the new democracy, South […]