The centrality of access to and control over territories and land in the histories of conquest and development in South Africa has eclipsed the importance of the sea and marine resources in the material, cultural and symbolic practices of many communities living along the 3000 km of our coastline.

Since time immemorial the sea and coastline has been a source of food, of livelihoods, of recreation and of healing, where the spirits of the ancestors and community meet and are given expression. It is a space that continues to hold a range of values and meanings for small-scale fishing communities, for the workers in the fishing industry, for coastal residents and for recreational users of marine resources.

The history of marine governance in South Africa, like that of its terrestrial counterpart, is closely entwined with the political economy of land and natural resource use. The implementation of colonial and apartheid legislation and policy, resulting in the dispossession of a significant proportion of the population from secure tenure to land and other natural resources has been well documented yet the dispossession of many coastal communities from their access to marine resources and their local systems of customary use during the Apartheid years remains invisible.

The commercial fishing industry and accompanying administrative infrastructure was based in the Western Cape, the heart of the export-orientated industry, and much of the policy and legislative framework was geared towards this sector. African and coloured fishers were, in general, not permitted to operate their own enterprises for commercially valuable species. In practice most of these fishers who lived in the Western and Northern Cape were forced to work for white-owned companies, catching a small amount of fish on the side for their own consumption.
In the Eastern Cape and KwaZulu Natal they existed on the margins of state regulations and law and were constrained by the declaration of many marine reserves and protected areas where their land and marine tenure was severely restricted.

At the outset of democracy the traditional, small-scale fishing sector thus reflected a spectrum of fishing practices, ranging from the fish trap fishers of Kosi Bay on the northern KwaZulu coast, operating within a customary system of use and governance, to the African and coloured artisanal fishers of the West Coast and further, to the descendants of Khoisan fishers and pastoralists net fishing on the Olifants river in the northern reaches of the Western Cape.

In many instances, the imposition of a statutory regulatory scheme had undermined, although not extinguished many aspects of the customary use and governance systems that have historically shaped the use of marine resources along our shores.

The emergence of democracy ushered in new promises that the human rights of these diverse small-scale fishing communities would be addressed. It was anticipated that the new fisheries legislative and policy framework, designed to transform the industry and access to the coast and its resources, would recognise the historical rights of this small-scale sector. On the contrary, the interests of industrial capital and labour held sway in the legal reform processes and the traditional small-scale sector was once again marginalised in the development of the Marine Living Resources Act (MLRA). Despite the Constitutional imperative for redress and transformation, the MLRA failed to include small-scale, artisanal fishers in its ambit, limiting fishing to three groups, namely commercial, recreational and subsistence only. The policy rights regime that followed further entrenched this exclusion, prioritising the commercial, export-orientated sector. Similarly, the legislation developed to recognise the restitution rights of those who lost property due to discriminatory practices post 1913, the Land Restitution Act of 1996, failed to secure redress in this regard for coastal fishing communities.

Both the land and fisheries policy domains were silent on the issue of the recognition of pre-existing rights to marine resources. Coastal communities’ land claims were ultimately framed around their loss of land within the dominant narrative of property, that is, property equated with land.

This occurred despite the fact that the property clause in the Constitution explicitly states that property is not limited to land. The MLRA also made no provision for the recognition of pre-existing customary fishing rights in terms of the Constitutional recognition of customary systems of law. There was no language for customary marine resource use and governance systems in the post–apartheid fisheries policies. There was silence about where the issues related to the loss of marine livelihoods, culture and sense of place associated with the coast would be heard. 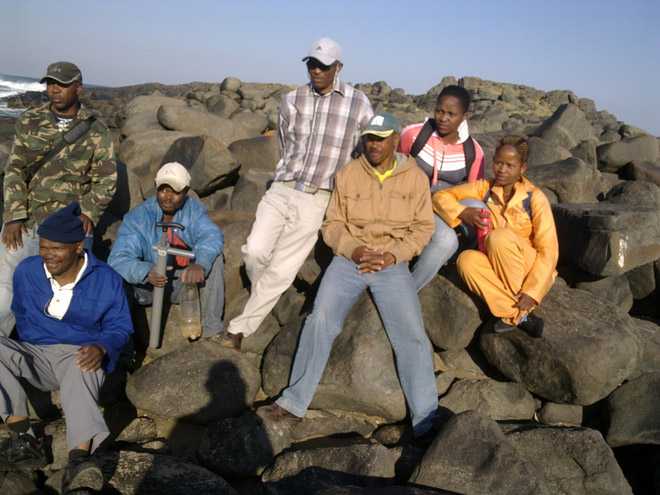 Members of the Cwebe fishing community in the Eastern Cape

In 2006 small-scale fishers in the Western Cape, supported by Masifundise Development Trust, an NGO, and defended by the Legal Resources Centre, launched court action, arguing that the MLRA and fishing rights allocation regime was discriminatory. Mobilizing small scale fishing communities along the coast under the slogan ‘fishers rights are human rights’, these fishers began to demand their human rights, expressed through the demand for the recognition of their cultures and traditions, their right to food security and to their livelihoods. In 2007 the Equality Court ordered the Minister of Environmental Affairs and Tourism to develop a new small-scale fisheries policy that would recognise their rights. In 2012 the Department of Agriculture, Forestry and Fisheries (DAFF) finally gazette a new policy for the small-scale fisheries sector. The SSF policy contains several key principles that are integral to the vision of the Constitution and ensuring that the MLRA, the overarching statute, is able to comply with and give substance to the Constitution. The first of these is reflected in the overall aim of the policy, which states;

“This policy aims to provide redress and recognition to the rights of Small-Scale fisher communities in South Africa previously marginalised and discriminated against in terms of racially exclusionary laws and policies, individualised permit-based systems of resource allocation and insensitive impositions of conservation-driven regulation. In line with the broader agenda of the transformation of the fishing sector, this policy provides the framework for the promotion of the rights of these fishers in order to fulfil the constitutional promise of substantive equality “(DAFF 2012:1). 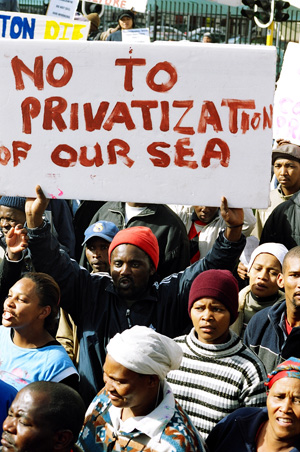 The Equality Court order and this new policy have been fiercely opposed by big business and other actors in the industry who fail to acknowledge that the recognition of human rights is core business for the state. Further, determined to resist the introduction of a new policy that might result in their share of the catch being reduced in order to promote equity, these critics use predictions about the collapse of marine stocks to justify the exclusion of these traditional, small-scale fishers. The resistance that small scale fishers face to the realisation of their rights was reflected in the attitude of Shaheen Moolla, a former government fisheries official and now a consultant to the industrial sector when he recently stated.

“The seriously misguided and destructive decision of the Equality Court to grant access to a further 1 000 (now 2 000) ‘fishers’ to lobster in 2007 marked the collapse of SA lobster stocks. I can unequivocally lay the blame for the collapse of lobster at the door of this misguided judgement,” says Moolla who adds: “Fish stocks are not meant for social welfare or equal access.”

Fortunately the tide is against Moolla and the industry. International best practice Voluntary Guidelines on the Governance of Tenure for Land, Forestry and Fisheries and International Guidelines for Securing Sustainable Small-Scale fisheries in the context of Food Security and Poverty Alleviation, released in the past two years by the Food and Agriculture Organisation of the United Nations, and supported by the South Africa government, affirm a human rights- based approach to small-scale fisheries.

These human rights instruments highlight the responsibility of the state and all actors in the sector to promote the principles of non-discrimination and equity in the process of ensuring that the marine resources along our coastline are governed in a manner consistent with the Bill of Rights. Most notably, the decision of the Equality Court signals the need to ensure that decisions regarding how the wealth of our oceans and coasts are made do not let human rights fall through the net. 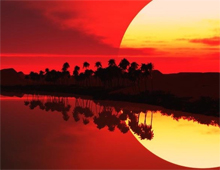 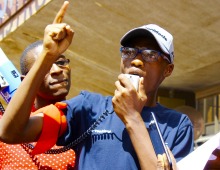 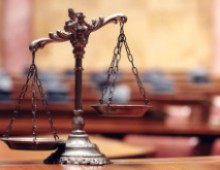 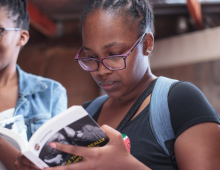