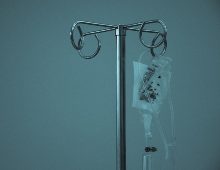 The epidemics of South Africa’s burden of disease are eminently solvable. They are not diseases requiring high-tech solutions and advanced interventions in medical science. They are diseases associated with poverty, poor living conditions, diet and poor quality water and sanitation.

In his State of the Nation Address last week, President Cyril Ramaphosa highlighted job creation, the “fourth industrial revolution” as well as health. “Within the next decade that no person in South Africa will go hungry is fundamental to our effort to eradicate poverty and reduce inequality,” he said. Ramaphosa also highlighted that hospitals and clinics will be prioritised and that there needs to be a massive overhaul of our health care industry.

The problem is that Ramaphosa’s government remains wedded to an economic orthodoxy in which “job creation” is code for cutting legal protections for workers, attacking collective organising and reducing public spending on services while giving businesses more opportunities to profit … and then shifting the tax burden onto the poor (as was done with the 2019 increase in VAT). And invoking the “fourth industrial revolution” is code for sanctifying this orthodoxy with pseudo-science.

This orthodoxy would have us believe that its prescriptions are somehow necessary for economic growth and with economic growth government will be able to spend on public health, healthcare, housing and other public services. So patience is required for these to be dressed in the long run.

But, as Keynes once famously remarked: “In the long run we are all dead”.

And speaking of death …

South Africa continues to be plagued by four worsening intersecting epidemics – maternal and infant mortality deaths; TB and HIV; non-communicable diseases such as strokes and obesity; and interpersonal violence.

In each of these categories South Africa’s statistics are amongst the highest per capita in the world. Mothers and new-born babies in South Africa die at 2 to 3 times more than the average for comparable countries. We have the highest HIV and TB deaths in the world. Our non-communicable deaths are two to three times more than any than average for developing countries and we suffer 1.3% of the global burden of violence and injury deaths. The 10 highest killers in South Africa include TB and HIV, strokes, lower respiratory diseases such as pneumonia, non-communicable diseases like diarrhoea, and violence and injury deaths.

The leading risk factors for non-communicable diseases are smoking and alcohol-use, the absence of physical activity, poor diet and the lack of primary health care.

The World Health Organisation’s (WHO) Commission on Macroeconomics and Health reviewed the evidence on the relationship between poverty and health and highlighted the essential role of investing in health to promote development and reduce poverty. Its subsequent Commission on the Social Determinants of Health drew attention to the social determinants of health including the social and economic environment, the physical environment and access to basic services as the bedrock of health.

Collectively the epidemics of South Africa’s burden of disease are eminently solvable. They are not diseases requiring high-tech solutions and advanced interventions in medical science. They are diseases associated with poverty, poor living conditions, diet, poor quality water and sanitation. Gender-based violence or intimate partner violence, is one example which requires campaigns to change the patriarchal attitudes which pervade South Africa men.

Furthermore, the social determinants of health – water, housing, sanitation etc – are not about high-tech solutions but about the political will of government to honour its obligations to the majority and to ensure that policies have these obligations as their priority.

Following the outcry over HIV/Aids deaths in the early 2000s and the campaigns of social movements, government eventually made antiretroviral therapy available in the public healthcare system. Now we have the biggest distribution programme of antiretrovirals in the world – although the latest study tells us that HIV death rates are no longer declining but levelling out – albeit with being the biggest contributor to a decrease in mortality levels after 2008. But South Africa’s TB deaths per capita are still the highest in the world and hard to statistically separate from HIV deaths.

TB is a disease of overcrowding, poor air quality and compromised immunity systems. It is a disease of the poor majority. Although systems of early diagnosis exist, and treatment is possible and effective the regime of drugs requires consistency and support difficult for poor people to sustain. So multiple drug resistant varieties now stalk our country.

Then there are harmful substances which are key risks for non-communicable diseases- notably tobacco and alcohol and excess sugar. WHO reports speak to an initial decline in the 1980s and 1990s as the measures put in place by many governments took effect. But since then the decline has plateau-ed and now evidence shows that cigarette use is no longer declining. Instead it is the profile of users that is changing. Cigarette use in rich countries is on the decline but there is increased use in poorer countries.  Whilst fewer men are smoking more women are now taking up smoking. Wealthier and middle-class people have stopped but smoking amongst the poor continues.

Meanwhile economists debate the affordability of healthcare for all. The fact that we have two health care systems – an increasingly expensive private one used by those who can afford it, and a public health system which is under-resourced and yet used by the majority – is often defended by those insiders for whom the state of the nation’s health is seen as a threat to be kept at bay rather than addressed.

And so, we need governments to have policies and capacity to both promote better lifestyles – like parks and public transport to facilitate exercise – and reduce the threat of harmful substances – through legislation, health inspection and compulsory information disclosure.

This is a battle that is being lost across the world.

So, what has been the track record of governments in regard? Well it is a mixed one… After many decades most have now taken up the cudgels of public warnings about the effects of smoking and excessive alcohol intake. Many countries, including South Africa, have even banned smoking in public places and limited alcohol sales. These are undeniably progressive steps. South Africa has even implemented a sugar tax.

But the record of the use of forms of taxation is not a good one. Because while tax can be used as a weapon to effect health policies it is unfortunately embroiled in a false notion of “lifestyle choice” and in the larger neo-liberal project of shifting the tax burden from producers to consumers, from direct to indirect tax and, ultimately, from the rich to the poor.

But what is worse is that the genuine health research and warnings which identify the scourge of non-communicable diseases and the role of harmful substances in causing these is harnessed by economists and policy makers in inappropriate ways.

Today, finance ministers in practically all governments quickly put up what they call “sin taxes” – on alcohol and tobacco, and can then appear to be combining the need to get more money to balance the fiscal budgets with commendable health research on the need for changing lifestyles.

These are all one or other form of consumer taxes – like on cigarettes and alcoholic beverages in South Africa or taxes which companies can pass on to the consumer – like the sugar tax in South Africa (in the same year of the sugar tax we have the spectre of corporate malfeasance at Tongaat, the country’s biggest sugar producer).

In the case of the former they join the line-up of indirect or consumer taxes – first General Sales Tax (GST) and then VAT – which became a feature of the neo-liberal restructuring of economies since the 1980s. A consequence that has seen VAT in South Africa become almost a third of the tax revenue source and individuals overtake corporations in terms of their contribution to the country’s tax burden. That in itself is reprehensible but what is even worse is that given what we now know about these harmful substances – smoking and boozing – the poor are more addicted and now they are paying a greater share of their already miserable earnings under cover of a health tax on substances which promote non-communicable diseases.

In the battle against non-communicable diseases and the important lifestyle changes required we need to speak more about the governmental policy changes required to both tackle the burden of non-communicable diseases and take the burden off the poor, women and the victims of apartheid. We need to seriously look at public policies of leisure, transport and healthcare and forms of taxation which punish those who produce the harmful substances – big tobacco companies, the spirits companies – through dividends taxes and taxes on turn-over and profit – and that these can be put into a special fund that can be used to finance hospitals and treatment.

We need  a more progressive tax revenue system and a tighter set of tax regulations that compel the wealthy and corporations to pay their share. The state should not abandon people to their own “lifestyle choices” when they cannot make these choices, nor should they be punished by regressive taxes when their poverty already pushes them into lifestyles over which they have no control.

What is clear is that the health science, the state of the nation’s health, and the economic orthodoxy are on a clear collision course and governments will have to decide who they prioritise.

This is a fundamental to democracy.

The views expressed are in an individual capacity and are not necessarily that of the SAMRC.