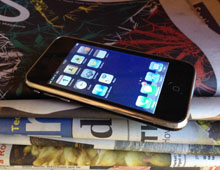 The biggest credibility crisis ever to hit South Africa’s independent media has been unfolding. There is a serious risk that fewer than a half-dozen power-crazed corporate managers will destroy the waning integrity – and at minimum, the ownership structure – of the country’s most popular tv news station, eTV, which had aspired to become Africa’s answer to Al-Jazeera. These men are once- radical trade unionists – now gone to pot.

From the standpoint of national politics, even more is at stake, as tends to happen when deep rot is uncovered linking the hyper-competitive (but mostly banal and always shrill) mainstream media, ex-leftist entrepreneurs, a wealthy but decaying sweetheart trade union, predatory multinational corporations and a corruption-riddled state. If there were justice, the rotten structure would be pushed over and new foundations built for a sound media, economy and democracy.

However, though even minor reform is distant, at least the society is quite prepared for all this, psychologically. Déjà vu: just over two years ago, we were profoundly shaken when leaked emails sent to a multinational mining house by a prominent ruling-party businessman-politician – and former National Union of Mineworkers general secretary – revealed how he commandeered the state to end a labour dispute with platinum mineworkers.

Emailer Cyril Ramaphosa, who owned 9 percent of Lonmin until early this year, described that wage struggle as “dastardly criminal.”

Since then, Ramaphosa has repeatedly attracted activist protests – in a university lecture, in parliament and in the Marikana Commission investigating the massacre – against his ideological U-turn and obeisance to London capital. Though he became the ruling African National Congress (ANC) party’s deputy president just four months after the massacre and is thus likely to replace President Jacob Zuma in 2019, his comprador-bourgeois role fronting for Lonmin will never be forgiven or forgotten. 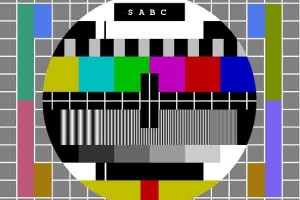 History does sometimes repeat itself, as farce. Seven months ago, Marcel Golding – a former National Union of Mineworkers deputy general secretary (serving under Ramaphosa 25 years ago) now running eNews – received a string of emails from a behind-the-scenes fixer, Yunis Shaik. To every media observer’s astonishment, these emails were lodged in papers at the Cape Town Labour Court recently by Golding, when he was desperately battling to save his eNews leadership.

The documents prove that six weeks before this year’s national election, Shaik told Golding and his wife, eNews executive Bronwyn Keene-Young, that their nightly national broadcast should give “lead story” coverage to Zuma for the opening of the $270 million De Hoop Dam in the country’s northeast, most minerals-rich region.

The intermediary between Zuma and Shaik was Minister of Economic Development Ebrahim Patel, former general secretary of the SA Clothing and Textile Workers Union (Sactwu). Within the eNews holding company, Shaik’s main protectors were the founding and current Sactwu general secretaries, Johnny Copelyn and Andre Kriel – all close pals of Golding until recently. Now they are maximum enemies.

March 24 was a flashpoint moment, as Shaik wrote: “I got a call from Minister Patel today. He says President Zuma this day opened a new dam. The building of dams is a big issue and has big impact on our country for supply of water etc. he wants for us to cover it tonight.”

When after two days eNews had only mentioned the De Hoop Dam fleetingly on the morning show, Shaik emailed Keene-Young again, frustrated. “I received three sms from Ebrahim and a phone call which gave rise to me sending an email to Marcel and yourself.”

Shaik continued: “after receiving another phone call from Ebrahim, and you and Marcel still not available,” he then called and sms-ed eNews director Patrick Conroy, “alerting him of the news and suggested it gets some coverage. The fact that Ebrahim comes knocking on my door arises from the undertaking you and Marcel had given him with regard to coverage of the infrastructure programme.”

This deal was not trivial, for eNews’ 2.5 million nightly viewers are an audience 2.5 times greater than the state SA Broadcasting Corporation’s English-language news show (itself subject to regular ridicule by the SOS Support Public Broadcasting Coalition and campaigning by the Right2Know movement, for many good reasons, including SABC’s hackish and unqualified chief operating officer who was fired by a court for faking a high school pass. 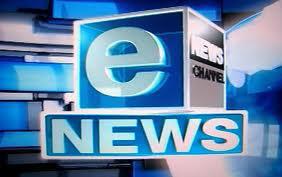 Golding’s main ally on the board of directors of the eNews holding company was Barbara Hogan, and she immediately resigned: “I am mindful of the briefing that Yunis Shaik gave me when he claimed that Sactwu … had lost patience with the editorial practices of eTV, citing the failure to give prominent coverage to Minister Ebrahim Patel’s economic pronouncements, as an instance of such dissatisfaction.”

Shaik’s emails imply that the eNews commitment to Patel’s infrastructure projects followed a deal-sealing meeting at the Golding/Keene-Young home one Sunday: “the undertaking to give more attention to the news was also to the President and other Ministers as part of our lobbying for support on the STB programme.” Oops, how could Golding let that one slip out?

As South Africa prepares for digital TV migration, the Set-Top Box ‘STB programme’ was Golding’s attempt to garner state support for a combined, fee-based cable news and internet access system in which he was simultaneously investing just over US $2 million (R 22,5-million), in order to ensure eNews had control over rapid STB retail installation. However the share price of the local electronics firm he favoured soon tanked, resulting in sufficiently large losses that Copelyn and Shaik allegedly had a pretence for dismissing Golding this month, for dereliction of duty, gross negligence, dishonesty, and breaches of fiduciary duties and ethics policy.

(Whether true or not, media activists insist the STBs – costing around US $100 or R 1,126 – be provided by the state as a free universal lifeline service so as to enhance information access.)

Golding rebutted that in reality, the STB programme was trivial and the fall-out with other eNews owners occurred because of the Sactwu/Patel attempt to force the broadcaster to adopt a pro-ANC political agenda. This follows similar allegations involving a tv channel recently launched by the infamous Gupta family – close Zuma family partners, hence acquiring untouchability status – and a leading newspaper chain bought by another ANC supporter (with 45 percent SA and Chinese state financing). Ironically, the latter is called Independent News, but the new owner’s people quickly fired a leftist labour commentator and Cape Town editor who were both critical of crony capitalism [disclosure: I write occasionally for its Durban and Johannesburg newspapers].

What kind of propaganda would Patel want dished out on national television? He certainly would not want eNews to mention the De Hoop Dam’s cost overruns (130 percent) or controversies surrounding its main beneficiaries, platinum mines, which get 60 percent of the new water supply. A year ago, such information catalyzed sell-out accusations against Zuma by an opposition party. Other De Hoop Dam victims are downstream, in water-starved Mozambican communities and in the Kruger National Park, Africa’s premier wildlife reserve. There, park officials joined by progressive environmentalists and water-sector NGOs firmly opposed De Hoop’s diversion of water to the mines (not to poor people).

For Patel, worst of all would be a national news show providing rudimentary class analysis of infrastructure’s costs to ordinary people. This is off-limits, judging from Patel’s diversionary arguments on SABC during the controversial passage of his fast-track infrastructure legislation earlier this year.

Early on, it was obvious that fat-cat foreign mining houses will be the winners in Patel’s high-carbon, export-oriented Presidential Infrastructure Coordinating Commission, and that poor people will lose through much higher electricity, water and transport prices. In Parliament, no one I encountered in a hearing last January could rebut concerns about Patel’s excessive haste, especially after a recent round of infrastructure white-elephant breeding that included World Cup soccer stadiums, the hated new highway tolling  system around Johannesburg, luxury airport spending (and a subsidy-sucking fast train to Johannesburg-Pretoria), and many others.

The intensity of the background debate about infrastructure winners and losers – in the world’s most unequal major economy – is why Keene-Young’s 26 March email rebuttal to Shaik makes such disturbing reading. In what was an otherwise admirably fractious reply, she assured, “undertakings made by Marcel and myself to Ebrahim Patel” to offer a series of eNews reports on infrastructure projects were indeed fulfilled.

“The series has been produced and broadcast by our news team as agreed… We have delivered in every way on the agreement and the quality of the broadcasts has been outstanding…”, she claimed.

Really? The eNews team does have talented journalists, without question, and e.tv shows are often critical of government. But this particular series was sufficiently happy-faced that the broadcasts now feature prominently on Patel’s government website. The eNews overview report on infrastructure is one of the worst cases, celebrating two parastatal corporations’ most destructive mega-projects: Eskom’s two $10 billion coal-fired power plants and Transnet’s $30 billion rail, oil pipeline and shipping expansion.

To disguise South Africa’s awful – and worsening – infrastructural projects on eNews, Shaik was Patel’s logical ally. Though mostly out of public view, this former Sactwu deputy general secretary was previously best known thanks to his brothers Schabir and Mo. The two achieved permanent notoriety when Schabir helped corrupt then-deputy president Zuma (who was fired as a result, in 2005) via a bribe from a French arms dealer (as one of many examples), and when in 2008-09, Mo leaked political secrets of the same man – who became President Zuma in 2009 – to the US State Department, whose diplomats chortled in cables that Chelsea Manning then (thankfully) released to WikiLeaks. Nicknamed ‘Mole Shaik’ as a result, he was then put in charge of the Development Bank of Southern Africa’s infrastructure projects across Africa, in spite of having no related experience or project finance qualifications.

This, then, is the new South Africa’s Achilles Heel: a nexus of Resource-Cursed crony capitalism centred on lavish state subsidies for the multinational corporate extractive industries’ infrastructure needs, dirty politricks (oftentimes bearing family fingerprints), cynical manipulation of the media, and the degeneration of once-committed liberation movement activists and trade unionists into some of the world’s most venal email leaksters.

At Marikana, this combination was lethal – while the messy tv news battle has elements that are simply laughable.
However, there’s no mirth if you are a South African who wants good quality journalism, genuine democracy, much less inequality and poverty, full employment and a fairer economy, a clean environment, generous social policy, local sovereignty, corruption-free accumulation, gender equity and freedom for LGBTI people, an end to migrant labour exploitation, and so many other fruits anticipated to come with liberation from apartheid.

Because now you are realising just how closely the current ruling crew’s deracialised configuration of power across economy, politics and journalism resembles the elite’s pre-1994 structure.

And if so, then this media meltdown can only add fire to your belly, as you hunger for change.