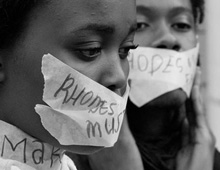 [intro]The writer has been chosen by the Moremi Initiative as one of Africa’s Most Outstanding Emerging Women Leaders. She is part of a group of young women from across the Continent that has been participating in the Writing for Social Change Workshop 2015 in Kampala. It is an annual event of The African Women’s Development Fund (AWDF) in collaboration with FEMRITE, the Uganda Women Writers Association. This article is the result of coaching the group received on writing opinion pieces.[/intro]

South Africa has been forced to look at ways to ‘decolonialise’ and transform its white dominated academic spaces and curricula. Nationwide student activism that was led by the #RhodesMustFall movement, reverberated around the world. The importance of feminism and intersectionality have been emphasised by all these student movements. But we have not had sufficient vigour and spirit in trying to create an academic space where gender is mainstreamed. We cannot continue reproducing systems and students who are not gender conscious and who think the issue of gender is only an issue for the “gender studies department”.

Academia has been criticised for the ways in which it has ignored, “pseudo included or alienated” issues of gender in its curriculum. This has been evident in my experiences and interactions as a student and young professional. My personal experience has made me even more aware of the importance of having a gender conscious curriculum at university.

There are three events that stand out.

Firstly, I attended the budget speech for the Department of Women in the Presidency in parliament last year. In the discussion after the presentation, one of the department representatives mentioned how parliament was not built with women in mind. It was built for men by men. She mentioned how the space, and the architecture was not gender sensitive. One of the examples that she highlighted was how slippery the floors were. They are made out of marble and that it’s difficult for women who wear heels to walk with ease.

Obviously, while walking in parliament, I too was conscious of my steps because indeed the floors were slippery. Before this I had not paid much attention to the notion of space and gender. I had thought about spaces being disability friendly, the need for it to have ramps, but I had never thought about spaces and architecture being female friendly. I wondered if architecture students and those studying the built environment were taught the notion of space in relation to gender.

The second moment that stands out… I was recently told a story of a female academic in the United States of America, who only referenced female thinkers in her classes and course packs. After some time, the students complained. They felt that they were learning only a “feminist perspective”. She laughed in amazement and said that last semester, she taught only male thinkers and no one even noticed or complained. This story speaks to the way in which we have universalised and normalised male thinkers/academics as the authority of thought.

Lastly, in my undergraduate years I remember my first encounter with the woman who had mesmerised me with her fierceness and political analysis on television while growing up. During her talk, she introduced herself as a Feminist Economist. Feminist Economics is a field that challenges that male and patriarchal gaze of how economics is studied and applied. It seeks to make women visible in studies where gender and race have been excluded in analyses. I realised that some of the issues that Feminists were centering were different to what students were learning at Wits economics (I had a brief stint there). It also differed from the economics I was learning in my Development Studies and International Political Economy classes. Gender issues would be mentioned, but as it is in our patriarchal society, it was always optional, additional and “a side issue”.

Much research has been conducted to try and remove the gender bias in our university curriculums. UNESCO commissioned a paper called: “From Gender Studies to Gender IN Studies: Case Studies on Gender-Inclusive Curriculum in Higher Education”. In this study they argue that we have moved past the question of the importance of a gender conscious curriculum, its importance shouldn’t even be up for question, it is evident. They present successful case studies of universities where gender has been mainstreamed like the Central European University (CEU) in Budapest, Hungary.

Some critics would argue that we need to be cautious of our endeavour to en-gender the curriculum. We could fall into the trap of being oversensitive. This criticism sounds so familiar. It is the same argument that has been highlighted when we point to the need to decolonialise and Africanise our academy. This criticism seeks to silence us and continue with the status quo. The male view of our society continues to be at the centre in our politics, in our media — with all male panelists in television talk shows like Judge for Yourself. A pattern that I have noticed. Recently they had an all male panel once more. In the show they “discussed and debated whether the church should be left to its own devices in deciding matters like whether a gay person or a married lesbian woman can be a pastor or bishop or occupy some other leadership position….” When I highlighted the matter, it was ignored. This pattern in all aspects of our society cannot be accepted.

The popular media influences thinking and attitudes and should honour its responsibility to all sectors of the audience.

Tertiary institutions are the spaces that direct our debates and inform new ways of thinking. A gender sensitive curriculum should be mainstreamed and compulsory. We need to challenge and train our academics who are still mostly white males in South Africa. Feminists fought for decades to make gender studies an academic discipline in our institutions of higher learning. I hope that in South Africa, it won’t take that long for gender to be mainstreamed in our academic institutions, the gender bias chains must be broken! 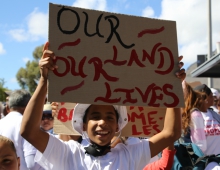 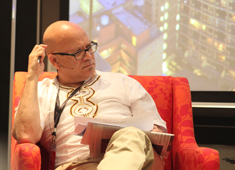 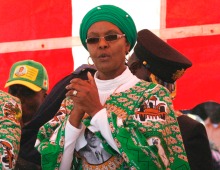 From a protector to a threat 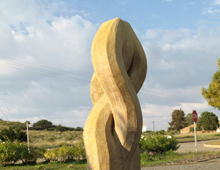 Orania: Will the koeksister stand or fall?