[intro]Clements Kadalie, known for being the first black national trade unionist in Southern Africa, was more than a labour activist. He has been described by Henry Mitchell, a young historian currently completing his PhD research on Kadalie, as a mediator, interpreter and broker between diverse publics, advocating for workers’ rights. This former teacher used all media platforms at his disposal to make his Pan-Africanist opinions public. An essayist of note, he was an opinion maker and thought leader of his time whose works appeared in newspapers beyond the African continent and across the diaspora.[/intro]

Clements Kadalie was born Lameck Koniwaka Kadalie Muwamba, in April 1896 at Chifira village near the Bandawe mission station in Nyasaland, now known as Malawi. He was the second born son of Musa Kadalie Muwamba. His grandfather Chiweyu, was a paramount chief of the Tonga of Nyasaland.

Educated by the Church of Scotland missionaries, Kadalie completed his teacher training in 1913 at Livingstonia College He taught at a primary school for a short while before joining his compatriots seeking employment in South Africa in early 1915.

Three years later, he settled in Cape Town where he met and befriended an emerging trade unionist by the name of Arthur F Batty. It was then that he changed his name, becoming popularly known as Clements Kadalie. In early 1919, with Batty’s advice, Kadalie, a dock messenger at the time, along with 23 colleagues, founded the Industrial and Commercial Union (ICU). The organisation was later renamed the Industrial and Commercial Workers’ Union of Africa but kept the acronym ICU. The purpose was to protest against unfair labour laws and to protect workers’ rights. Kadalie became the first general secretary of ICU. 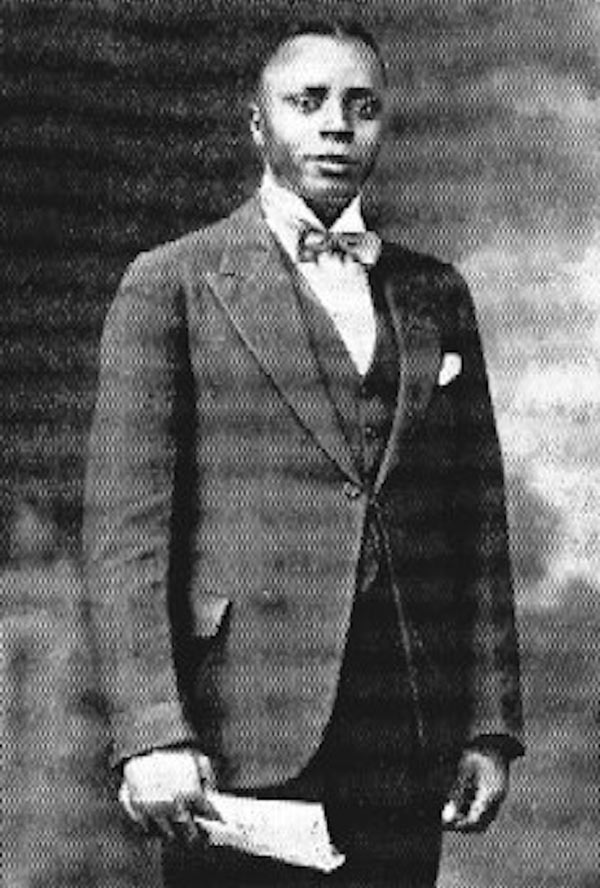 Kadalie’s role in the ICU

Towards the end of 1919, the ICU had gained momentum and elevated Kadalie to prominence after he had successfully organized more than 2 000 men in what would be known as a 14-day dock workers’ strike, a labour action that prevented the export of all goods through the Cape Town Harbour. That strike would lay the foundation for Kadalie’s development into a union leader known to thousands of people in South Africa. This labour organiser had the ability to unite workers across the racial divide and nationalities as the dock workers strike was supported by labourers from Britain, the Caribbean, South Africa and Malawi.

Kadalie believed in rolling up his sleeves, and organising workers globally. His ambition was to form “One Big Labour Movement” through mobilisation techniques. Between 1920 and 1927 the ICU grew across Southern Africa – East London, Durban, Johannesburg, Luderitz in Namibia, Bulawayo in Zimbabwe and Livingstone in Zambia, and laid claim to more than 250 000 members. At the time the African National Congress (ANC) was reported to have had only 4 000 followers.

Kadalie was an essayist of note, an opinion maker and thought leader of his time. According to Mitchell: “While he had initially thrown all his energy into organising the ICU, from 1923 these duties were increasingly undertaken by James La Guma, and by the mid­-1920s Kadalie was writing extensive essays in numerous newspapers.”

Kadalie’s first essays were printed in 1923 in the Black Man, the ICU’s first newspaper, which was built on a tradition of Pan­-African commercialism. He used it as a vehicle to articulate the emancipation of black South Africans, and Pan-Africanism as a philosophy. In the same year, Kadalie wrote numerous pieces for The Messenger, a radical socialist New York­-based African-American newspaper edited by A Philip Randolph and Chandler Owens. In 1924, he wrote an essay titled “The Romance of African Labour” on the front­ page of Workers’ Herald, another ICU publication. In it he declared a possibility of a single union movement among the proletariat of South Africa. Some of his work was also published in the radical British New Leader, Labour Monthly and Foreign Affairs journals, with titles such as “Black Trade Unionism in Africa”, “The Black Man’s Labour Movement” and “The African Labour Movement”.

When Kadalie was arrested in 1924 he was issued with a deportation order, naming him a prohibited immigrant and ordered to leave South Africa within three days, he defied it. Three years later he would travel to represent the ICU at the international Labour Conference in Geneva. In 1928, internal strife within the ICU saw Kadalie sacked by William G Ballinger with the full backing of the executive committee of the ICU.

The same year, Kadalie and six other trade union leaders were arrested under the Native Administration Act. The Act made it a criminal offence to raise racial animosity towards the white population. Kadalie later formed an independent ICU in East London and became a provincial organiser for the ANC. He never returned to Malawi and stayed in East London with his second wife Emma with whom he had one son. With his first wife, Molly Davidson, he had three sons and a daughter.

First published in thejournalist.org on 30 August, 2017

Thapelo Mokoatsi is a PhD candidate at Rhodes University. Mokoatsi speaks to his confrere, historian PhD candidate Henry Mitchell, over a strong cup of Ethiopian coffee in the Mother City. Henry Mitchell is an Oxford and Edinburgh Universities scholar, whose undergraduate degree in history and economics was “In Search for Greener Pastures: Immigration from Malawi, 1930-1960, while his MSc in African Studies, Centre for African Studies in Edinburgh University focused on “Independent Africans: Malawian Migration to South Africa, 1916-1960”. His PhD thesis is aptly on Malawian born pioneer Clements Kadalie and the Industrial Commercial and Workers Union (ICU). Parts of the excepts from Henry Mitchell’s PhD research were published with his permission.