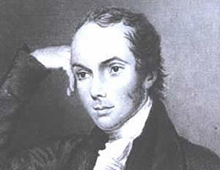 The Secrecy Bill, first surfaced in South Africa in the 1820s in the Cape Colony, under the authoritarian British colonial Governor, Lord Charles Somerset, whose sole purpose was to clamp down on Freedom of the Press.

Somerset’s targeted efforts to strictly regulate press and protests were directed at Scots settler duo journalists and newspaper men – Thomas Pringle and John Fairbairn. During one of his numerous meetings with Pringle, he responded to an editorial published in the colony’s English-language periodical, the South African Journal. Interpreting it as a personal attack, he said to Pringle:

“‘So, sir!’ he began – you are one of those who dare to insult me, and oppose my government!”

By this time Pringle and Fairbairn, who were joined at the hip had founded and edited the first English-language magazine South African Journal and newspaper South African Commercial Advertiser. Pringle, in the journal, had carried content that opened up discussions on Free Press in South Africa. He had called for an open discussion of different means of a Free Press, its liberty (not licentiousness) in the South African Journal, 7 April, 1824. Just a month before he was invited to the un-ceremonial meeting at the Colonial Office, to appear before Somerset and the Chief Justice, Sir John Truter, to justify publishing an article that lamented the conditions of the settlers.

In it he had criticised Somerset’s treatment of Albany settlers and his ‘commando’ raids across the eastern frontier. In defiance of being regulated Pringle chose to close down the South African Journal rather than submit to what he deemed official censorship but continued to work with Fairbairn at the South African Commercial Advertiser, a position he would also give up due to pressure from Somerset. He did however leave a legacy.

The formative years of Pringle

Pringle was born into a farming family in Scotland in 1789, and sustained an injury when he was accidentally dropped by his nanny when he was only three months old. The injury meant that he could not follow the family tradition of farming, so his father sent him to Kelso Grammar School and Edinburgh University where he developed an interest in writing. 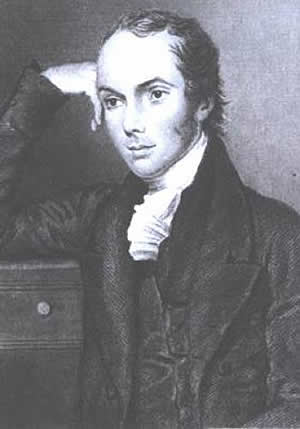 He did however leave Edinburgh without obtaining a degree, but left with a talent to write poetry which won him acclaim in high places. He immigrated to South Africa with his family in 1820, to make home in Glen Lynden, located in the upper valley of South Africa’s Baviaans River. It took two years for Pringle, his father, and the rest of the family to establish the family homestead, which eventually comprised 20 000 acres of land.

As he had done prior to the family’s travelling to South Africa, Pringle served as the family spokesperson and conferred with government and military officials. His influence helped the family succeed in South Africa whereas many other immigrants did not. After his family was settled Pringle himself moved to Cape Town, where he worked in the newly created South African Public Library, a job Governor Somerset helped secure for him. He also continued to pursue his writing career. Realising that his small income from the library needed to be supplemented, he persuaded his fellow Scotsman, John Fairbairn to join him in Cape Town in 1822, promising a literary and teaching career in the recently annexed Cape Colony. Fairbairn arrived in Table Bay on 11 October 1823 aboard the brig Mary. With Pringle, they opened a school and established two publications – South Africa Journal and South African Commercial Advertiser, southern Africa’s first independent newspaper.

The struggles of Free Press Advocacy

Fairbairn, had an impeccable background himself, he had attended the University of Edinburgh where he studied Medicine “acquiring at the same time a more than passing knowledge of classical languages and mathematics.” In 1818, however, he turned to education, and for more than five years taught at Bruce’s Academy in Newcastle upon Tyne, where he joined the Literary and Philosophical Society. He couldn’t have made a better choice to partner with Pringle, as the duo, through their publications began what would become years of struggle with the authorities for a free press. Their editorship of the South African Journal and The South African Commercial Advertiser, led to clashes with authorities as they published material that was not approved by authorities. Pringle rejected the idea of free press as a privilege in the power of governments, and his claim was unequivocal that it is a natural right of a free man. He was willing to risk personal prospects, and obstinately resisted authority which included his decision to close the Journal. Although the Governor continued to invite him to recommence the journal, he refused saying it would not be republished unless legal protection was granted to the press. This would result in his resignation as a sub-librarian. He left South Africa and returned to Britain in 1826. His efforts and those of his fellow Scotsman were to be the foundation upon which English and Afrikaans newspapers, then unborn, were to be built. He just never lived to see it succeed.

Fairbairn held on to their shared belief that to collaborate with a controlled press would compromise the liberties of people. He however expressed a priest-like, colonial missionary moral stance, dedicating his contribution to God and his country, writing in September 1825:

“…we are indebted to two of the most illustrious inventions with which God has been pleased to reward the ingenuity and perseverance of man, and for which our gratitude should only be second in degree to our thankfulness for the Revelation of Christ and the hopes of immortality.”

He later wrote in the same year: 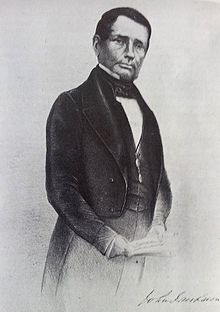 Fairbairn continued to fight for Press freedom. His efforts paid off when in April/May 1829 the Cape Colonial government gave an undertaking to guarantee the freedom of the press. This change of heart hadn’t organically happened. Fairbairn had had to appeal to the British government to gain the right to publish without hindrance.

This led to what became known as the “Magna Carta” of press freedom in South Africa, and concerned the proclamation of Ordinance No 60, the so-called “Press Ordinance”. It is not clear when it was promulgated but it took effect on May 15. Though it had limitations – Fairbairn accepted, and is today one of the honoured names in the history of press freedom in our country. Pringle had at that time moved on from being a poet, educator and newspaperman to being an abolitionist.

Pringle drowning in debt had returned and settled in London. An anti-slavery article which he had written in South Africa before he left was published in the New Monthly Magazine, and brought him to the attention of Buxton, Zachary Macaulay and others, which led to his being appointed Secretary of the Anti-Slavery Society. He began working for the Committee of the Anti-Slavery Society in March 1827, and continued for seven years. He also published African Sketches and books of poems, such as Ephemerides.

As Secretary of the Anti-Slavery Society he helped steer the organisation towards its eventual success; in 1834, with a widening of the electoral franchise. The Reformed British Parliament passed legislation to bring an end to slavery in the British dominions – the aim of Pringle’s Society. Pringle signed the Society’s notice to set aside 1 August 1834 as a religious thanksgiving for the passing of the Act. However, the legislation did not come into effect until August 1838, and Pringle was unable to witness this moment; he had died from tuberculosis in December 1834 at the age of 45. Fairbairn continued to work and would die suddenly in Cape Town in 1864 at which time, his and Pringle’s efforts had opened doors for many aspirant publishers. By 1831 newspapers were springing up away from the mother city. The Eastern Cape saw its first English newspaper – the Grahamstown Journal (1831). Today, some of the old and celebrated publications that still exist were initiated during this era – Eastern Cape Herald (1845); Natal Witness (1846); Natal Mercury (1852); The Argus (1857) and many others. In the end separating Pringle from Fairbairn stories was impossible as theirs were interwoven lives that formed a story of legacy building.