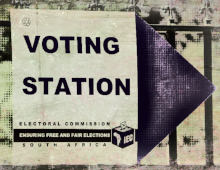 There are one too many clichés around young people and how we supposedly are the future of our country. Sure, this might hold substance in some cases, but I believe that this can never live up to its true meaning when we are being robbed of opportunities by those who claim to represent our interests.

About 25 years into our new dispensation, it is patently clear that government has failed to invest in the younger generation of citizens whose votes they feel entitled to. They have cluttered the very same environment that we are expected to thrive in and unashamedly used emotional blackmailing tactics to shy away from their own failures.

Given our current state of affairs in South Africa, our politics have been largely dominated by populist narratives that have inevitably contributed to the impending destruction of our institutions of higher learning, including rampant corruption and an incapable state.

There is a solution to all the problems we currently face, if we ignore the smokescreens and just vote for a party that has a proven-track record of clean and efficient governance.

This is exactly why I choose the Democratic Alliance.

What makes this party so distinct from the rest, is their determination to provide a political home to all South Africans, irrespective of their race, ethnicity or creed. This is an extremely important aspect that I look for in a political party, given our racially divisive past.

DA policies remain in a class of their own and clearly reflect the merit of an opportunity-rich society in which every individual is free to choose whatever he/she deems best for themselves and their families. I believe that policy must be judged by its effectiveness and interrogated as often as possible, as opposed to implementing bad policy for the sake of good politicking. If anything, the DA must be applauded for being the only largest party in South Africa to champion principles of a free-market economy. This is evident in the Western Cape where the DA governs and has contributed to making the province the economic hub of South Africa and one which is conducive to entrepreneurship. This is particularly important for young people who do not view tertiary education as a viable option for their intended career.

It is worth pointing out, that the DA was the only political party which provided an alternative solution during the #FeesMustFall protests across the country. In fact, their solutions were driven by rational debate, being the only party to propose a feasible plan to solve the higher education crisis we currently find ourselves in.

The DA Student Organization is currently the only political party on our campuses which has been at the forefront of championing academic freedom and safeguarding the rights of fellow young people whenever regressive politics rears its ugly head. This cannot simply be ignored, given the ever-increasing culture of intolerance and political demands.

The fact of the matter remains: Our philosophy of an open-opportunity society, built on the values of Freedom, Fairness, Opportunity and Diversity, is unique and the only way to build a prosperous society.

Equally, young South Africans must remember that no political party holds a monopoly on anyone’s vote.

Young South African, you owe the ANC nothing.

Student voices: Who I’m voting for

“I did not register but I regret it"

DA voter: Young South African, you owe the ANC nothing

Spoiling the ballot: I’m not ready to vote