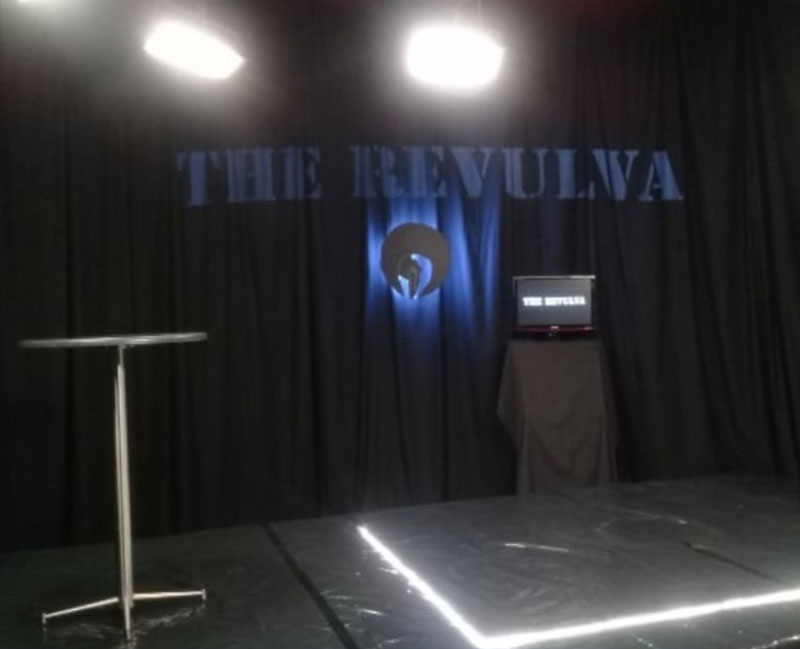 In conversation with the pioneers of The Revulva talk show

In promoting platforms for alternative voices in the media sphere, The Journalist sat down with the producers of a show called The Revulva. The Pan-African Feminist talk show which boasts approximately 40 000 views is currently working towards its second season. Soligah Solomons, a student intern at The Journalist interviews Sesethu Myoyo and Sarin Drew.

Sesethu Myoyo (SM) and Sarin Drew (SD): The Revulva is a Pan-African Feminist Talk Show that consists of stepping stone alumnus. Stepping Stone outreach video training provides non-UCT and UCT participants access to introductory training in television and video production while producing material that can be used for educational and public relations purposes by UCT departments. The Revulva was developed during this training and was able to be broadcast on national television with ratings of over 80 000 views.

SS: What is The Revulva and how did it come about?

SM and SD: The idea came out of the need for students to create content that is both relevant and viable as a licensing product that they can develop. Often students are stuck in the rut of unemployment, it was a chance as skilled content creators to make work for ourselves by creating a new product. The show gives a feminist touch to discourse in the economy, wars, state of modern society and culture. The idea is that hard news usually presented in a factual manner doesn’t allow engagement and discourse to be fully fleshed out for the audience. We wanted to take a feminist stance on news and look at how hard news issues affect citizens in their everyday life. After we completed training at Stepping Stones we decided to develop the show, we pitched the idea to Cape Town TV and they were on board. The idea shows that youth collaboration and ideology in news are as relevant as Western media sources.

SS: Is there any specific meaning behind the talk show’s name?

SM and SD: The name came from our stance on news programming. As feminists often our voices are left out of the political arena because it is seen as militant and subversive. Often the personal does not become the political because personal politics are emotive and engender change. For us we see our militancy as a way to stand our ground when it comes to representation in all arenas. This is why we have used the word “revolver”, a phallic symbol of war and politics but for us a representation that our voice, words and community engagement is the way we fight. We have subverted the word revolver by equating it to the vulva, a very personal and private part of a female’s existence. We believe that the female experience is strong and vulnerable, formidable and changemaking. So, our news programming will ask guests what their family experience of war is and what we can do to help our economy from the bottom up. We look at how the domestic affects the macro and this is how we bring about change. The Revulva is subversive because it is a united front of both fight and love.

SS: In your view, what do you consider Pan-African feminism to be?

SM: For Me, Pan-African feminism is for and by African women. It is the type of feminism that attends to the issues and needs within the African continent.

SD: It is not divisive but all encompassing, an Africa that is united with feminist ideology at the forefront.

SS: As noted, the show got picked up by Cape Town TV for its pilot season and has done well for itself, especially regarding viewership. Can you elaborate on who the crew consists of?

SM and SD: The show is produced by UCT graduates, Sesethu Myoyo and Sarin Drew. Sesethu is the writer, producer, and floor manager of The Revulva. Sesethu has produced several short films and some of them have been screened at local and international film festivals. She has worked on local television shows such as Bokeh TV (etv) and SABC 3 Presenter Search. Sesethu is currently doing her honours in documentary filmmaking at UCT. Sarin Drew is the creator, writer and producer of the show. Sarin is a creative writer and filmmaker whose focus is on African Diaspora culture and decolonization. She is an MA student at the University of Cape Town as well as Director of The V Company. Clement Nchabeleng – Chief Technical Officer, Graphics and Final Mix (UCT TV). Clement earned a Bachelor’s degree in Media and a Diploma in Information Science where he accrued lots of theoretical knowledge about the production, laws, ethics and management of media and information. His speciality was in telecommunications, broadcast technologies and television production.

SS: In our previous email correspondence, it has been said that The Revulva will be able to contribute towards the alleviation of unemployment, specifically among youth. How will you go about doing this?

SM and SD: We are looking at a feminist business model that is modelled after the feminist political economy theory. This means we are not looking at just creating jobs for ourselves but creating wealth. For other news agencies that generate news content like The Revulva, they are able to license out their intellectual property for commission or equity. In the same way, we see The Revulva as a product that can take the career of all of the behind the scenes contributors and create something sustainable. We see this business model of zero-sum product creation as important. We don’t necessarily need more employees, we need more businesses, especially with the advantages that the digital age provides. The Revulva is a practice of creation that if iterated can contribute to alleviation of unemployment and poverty.

SS: As you prepare for season two, what are some of the challenges that you may need to address to ensure that everything goes according to plan?

SM and SD: One of the challenges we’re having is finding capital to create a higher quality show. We believe our content is relevant and engaging, we know this from our television ratings we have from Cape Town TV but now we want to take it to the next level. We are looking for black business owners who would like to use our platform to advertise to sponsor a show like this that is engaging and responsible. We are looking for sponsors and donations that will go into research and development for the second season. If this programming is something you support, please get in touch with us regarding how you may help.

To get in touch with The Revulva, viewers are encouraged to follow them on social media platforms @therevulva or you can reach out via email- therevulva@gmail.com.