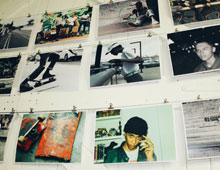 YAM stands for Youth Arts Massif and was started by Isabella Potenza in between her demanding school, sports and extra mural activities. The idea behind YAM is to create a platform for young artists who are looking for exposure to the cut throat world of South African music, visual and performance arts.

“The youth are constantly pushed to be independent, yet all the systems currently set in place in the art world do not allow for it. You have to be dependent on something or someone in order to succeed. This isn’t a problem when you know the right people or you have enough money, but it becomes a problem when you have neither, leaving only yourself,” said Potenza.

Pontenza’s idea started as a way for the youth who are interested in the arts to support each other by each member or each small group coming up with an art piece of their own with some sort of social commentary.

“I wanted to oppose this system; of always needing that ‘something else’ in order to be successful. I wanted to give young artists a platform to express themselves independently and without affiliation to any organisations that always seem to come first. I imagined a poster that advertised them as the youth represented by the youth, not the youth underneath a well-established banner,” said Potenza. 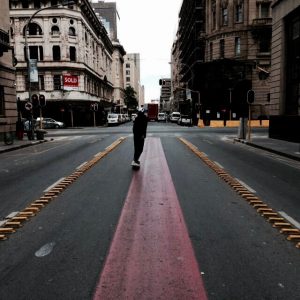 That request on its own is enough to make one think of the challenges artists face: making unique art, without being pretentious or demanding more merit than is deserved and still make a living out of it. The art industry is infinitely more unpredictable than any other. Selling your art is not the sole reason people become artists but it is a necessity and can sometimes feel like an unreachable dream to young people.

Alongside the goal of bringing youth artists together to make work for the youth, by the youth, Potenza also wanted YAM to become an annual arts event and introduce a mentoring system where older, more experienced artists get to meet the next generation of budding visual artists, musicians and photographers.

“It’s like a head-start into the art world, where the quality of our work at the moment doesn’t have to define our future, in that if we are willing to show that we want to be part of the art world, it’ll let us in. I believe that if one doesn’t have the opportunities needed to succeed, they can try to make their own, which is what YAM is,” said Potenza, who places emphasis on steering clear of branding and advertising money to produce art. 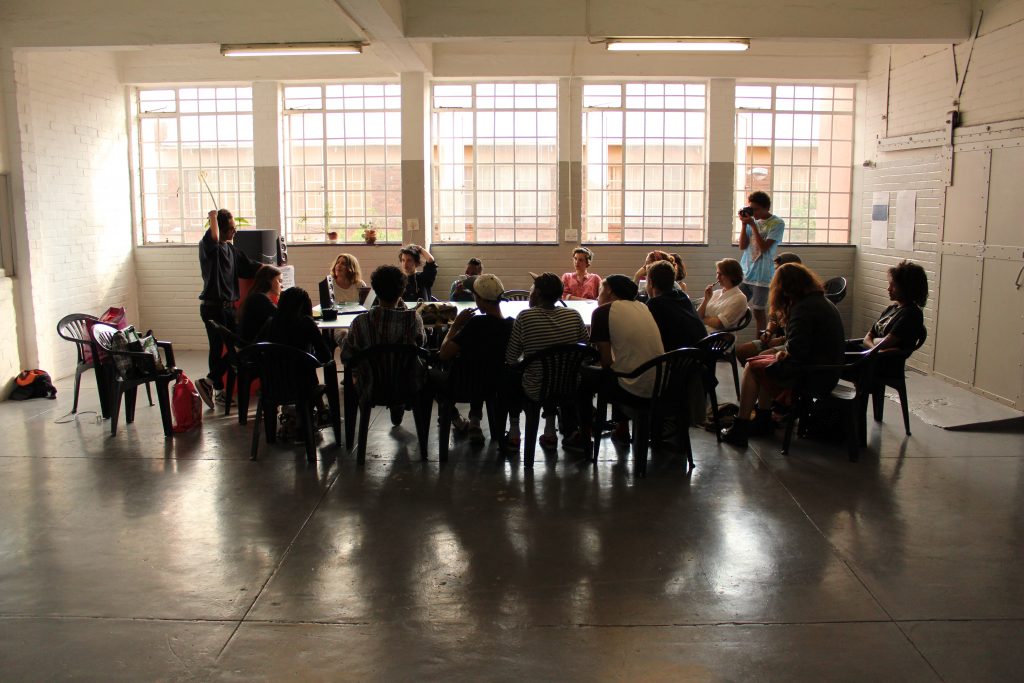 The pros and cons are felt on a deeply personal level. I belong to a group of YAM filmmakers, who produced one of our first flicks using the pooled funds of our monthly pocket money and a makeshift script. Working with Tom Simms (16), Shanti Cullis (15), Gabriel Stephens (15) and Jeremy Crouch(17), we wanted to document the impact a capitalist society has on the dreams of the young, what it means to ‘sell out’ and the consequences of choosing art over another career. 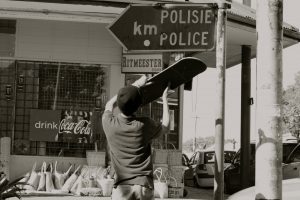 We used skateboarding as the medium of ‘dream following’ as we are all so in love with it. That was the plan until disaster struck. Our footage got stolen along with our cameras in a Johannesburg house robbery. Despite the setback, we were left with some still photographs that we took throughout our filming process and a camera to take more stills. Our project had since changed to a coming of age story where young skateboarders reveal their plight as skateboarders and young men trying to find their place in the skate community and society at large.

But this is the beauty of YAM, allowing young filmmakers to meet, talk and create is what the project is all about, and at the end of the day it was a fulfilling experience to display our work and build our network. Potenza and the rest of us are looking to expand YAM by having more focused events such as YAM FILM and YAM RAP so watch this space.

Shwabada: Documenting the lost legacy of one of South Africa’s most treasured musicians

Directed by Nhlanhla Masondo, Shwabada: a film on the music of Ndikho Xaba is perhaps one of the most important music documentaries to come out of the country in a long time. The film details the life and musical history of the exiled South African jazz musician through intimately framed interviews, sourced footage and images, […]