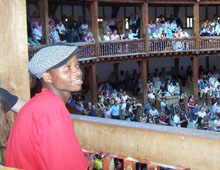 Merging theatre and politics in a divided city

Alexandra Sutherland’s interest in community engagement began around the same time she started studying drama. In fact, it was sparked when people started killing each other just minutes away from the first year classes she sat in.

Sutherland is well known in both the Rhodes University Drama Department as the Head of the Applied Theatre course and in Grahamstown as a committed and dedicated contributor to the underprivileged community through the platform of theatre.

But for Sutherland, her work with community engagement started long before she arrived in the Eastern Cape.
Beginning her first year at the Natal University College in Pietermaritzburg (Now the University of KwaZulu Natal), she recalls the heated political climate of the nation, when parts of the country were on the brink of a civil war, urging her to become actively involved in the healing of her community.

Sutherland’s staring out towards the street, through the various production posters stuck to the ceiling high glass doors next to her. She closes her eyes for a moment before bringing her thoughts back to the foyer of the Rhodes University Drama Department as she begins to tell her story. 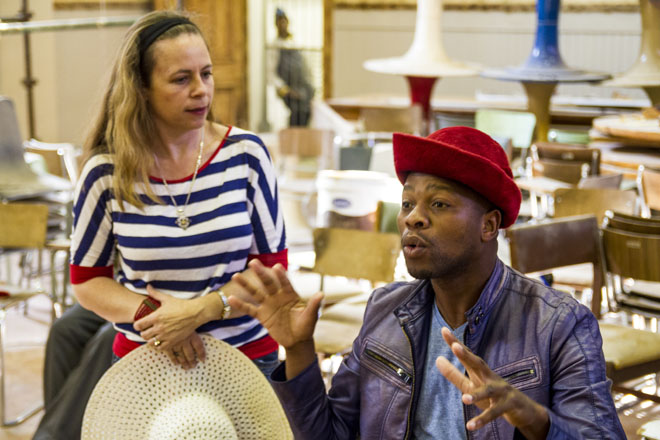 “I would be studying, and three kilometres down the road, members of the IFP and ANC were killing each other. I think seeing all of that was my sort of political awakening. I was in the drama department then and I put all of my thoughts and feelings towards these ongoing political issues into my work,” said Sutherland. “We would go into the townships and work with the kids through drama and literature, which is where it all started and which has been reflected in my work ever since.”

Since then, Sutherland has gone on to become deeply involved in the community of Grahamstown, working with patients at the Maximum Security Unit at Fort England Psychiatric Hospital, offenders in the Grahamstown Correctional Facility, young students at Amasango and Kuyasa Special Needs Schools, and helping marginalised youth and economically disadvantaged individuals, all through applied theatre and drama.

A firm believer in the use of theatre as a tool for socio- political change, Sutherland states that bringing theatre to the community is a way of bridging the gap between the different areas and contexts of our city.

“Applied theatre really is about the belief that everyone should have access to theatre and that it can happen anywhere, in any space, allowing us to bring the theatre and its positive change to whoever we like.”

Sutherland is particularly interested in the role of creative education in a person’s life. She leans forward in her chair and readjusts her posture before drawing on a quote from Sir Ken Robinson which she recites with a smile. “The further up schooling you go, the less creativity you’re allowed. You’re allowed to be playful and creative and spontaneous when you’re young and then as you grow up, you’re educated without that creativity, and that is the fundamental problem with education.”

Working in various underprivileged Grahamstown schools, Sutherland and her students have helped pupils deal with issues such as sex, HIV and Aids, and addiction through theatre, which she said allows for the pupils to view themselves as something more than just misunderstood kids from troubled backgrounds. “Applied theatre doesn’t allow for passive audiences, it focuses on the process. It’s not about the product, but the process, because that’s where engagement and growth happen.”

Due to her consistent work for Rhodes University’s community engagement since 2001, Sutherland was presented with the Vice- Chancellor’s Distinguished Community Engagement Award in 2103, commending her for her work and the impact it’s had on both her students and various members of the community over the years.

“Getting the award was special, because this type of work is often invisible. For students too, it’s invisible labour, not flashy and glamorous like most people think theatre is. After twelve years of doing this work, it was very validating to receive the award,” said Sutherland.

In the future, Sutherland would like to see more Rhodes University students and staff members of all faculties becoming involved with community engagement, expressing her slight frustration with being viewed as the department’s “poster woman” for community engagement before adding that, “If you’re going to be an academic in a South African university, you have got to become involved with the wider, socio-political economic context that you’re in, and if you don’t like that, you can go somewhere else. You can’t even walk down High Street without witnessing some social justice issues. We cannot adequately prepare our students or ourselves without placing them within a wider context outside of the community.” 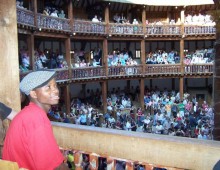 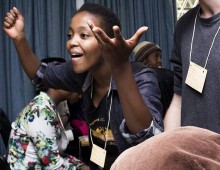 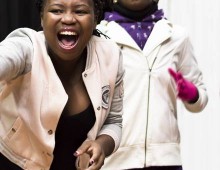 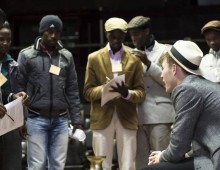 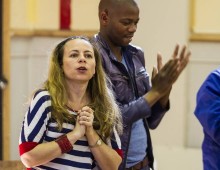 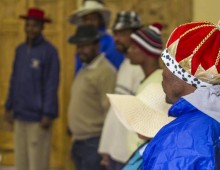 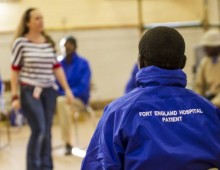