The King of Zulu blues moves slowly in the frenetic jol of 20 000 music lovers at the Oppikoppie festival. There are six stages, acts from all over the world and three jam-packed days of music and dust. The living musical legend coughs. Madala Kunene now 60 plus seems oblivious to the fur, feathers and stilted performers that surround him.

Then he pauses as the sweet sounds of Hugh Masekela’s trumpet float from one of the main stages. Kunene listens to his contemporary, smiles, rubs his aging hands on his jeans and turns his attention to his own music:

“Me, I play Madala Line,” he says with conviction and a smile. “When I play some say it’s maskandi, others say it’s world music or African music, they can say what they like.”

Combining blues and soul with African folk, Kunene has developed a unique style. Armed with a six-string guitar and a mouth harp, he blurs the lines between jazz, funk, maskandi and East Coast Blues. With hypnotic vocals he picks and strums his way into a deep meditative state while performing.

With over 40 years in the industry Kunene has eight albums under his belt. The first was recorded with bass guitarist, Sipho Gumede and vocalist Jabu Khanyile in 1988. The album has since slipped off the radar, presumably lost in the wilderness of the 80s. His next six albums were recorded in Europe, including his first solo album titled Kon Ko Man (1996). In 2006 he recorded Madamax with Swiss guitarist Max Lasser. His latest album, 1959, is the first he has recorded at home in more than 26 years.

According to Marius Botha, Owner of The Headroom Studio in Durban, the twelve-track album took a year to record:

“We thought it would just be him and his guitar, the way he performs. Soon after people started appearing out of the woodwork. It was an outpouring of love for Madala”.

More than 20 artists including, Steve Newman, Guy Buttery, Sazi Dlamini and Hugh Masekela collaborated with Kunene on the album.

A young woman runs by, phone pressed to her ear as she shouts into the receiver, kicking up a cloud of orange farm dust with her takkies. Madala shushes her, creasing his brow while mumbling about “these children with these phone things and TV things”. While his music is at the forefront of the preservation of Zulu folk music, he remains sceptical about the ability of musicians to preserve the diversity of South African culture through the arts.

Kunene was born in Durban, in 1951. His family was forcibly removed from Cato Manor to the northern township of KwaMashu. He shifts in his seat as he recalls his childhood: 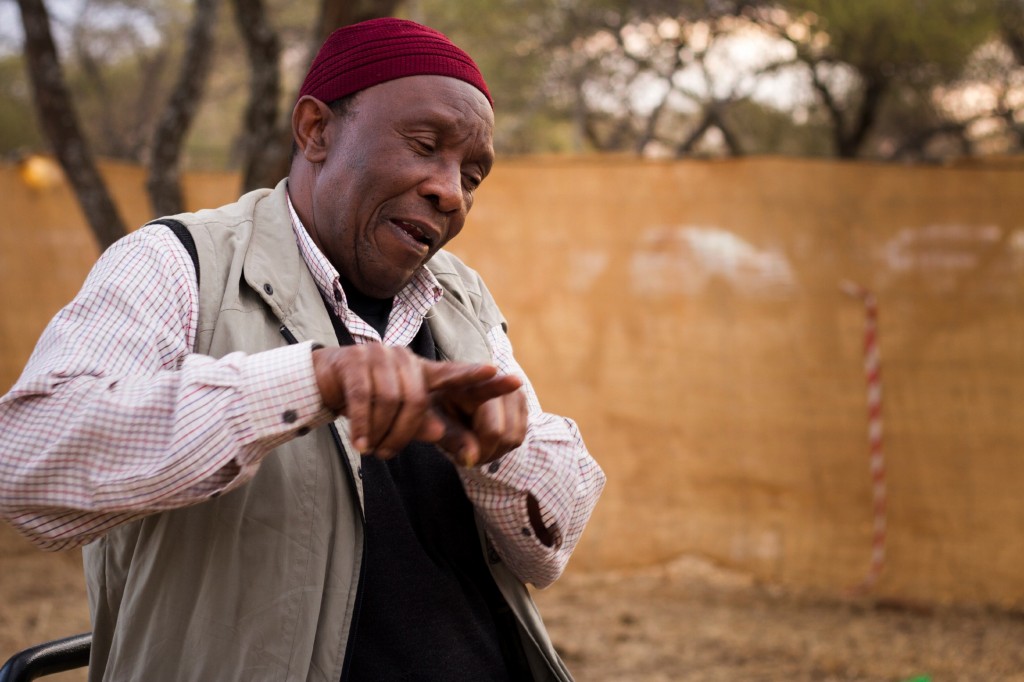 Some say it’s Maskandi, others say it’s world music or African music, they can say what they like.

“My Ou Ballie was a blues guitarist and I wanted to be like that so I made my first [guitar] with tin and three strings,” he says. With his makeshift instrument Kunene began busking on the Durban beachfront at the age of seven, much preferring music to books. He would often be found “playing in the river with the other boys,” instead of being at school, despite numerous and painful backside repercussions.

As a teenager Kunene bought his first acoustic guitar and began imitating the big international artists of the sixties, including the Beatles. He says they taught him a lot about the basics of music but provided little room for the self-expression for which he yearned. On the road to his true identity, he cut his teeth playing in the townships of Durban, performing imported western hits ”people wanted to hear”. They were paid very little.

“A R1 here, a R2 there, or just a plate of food,” he says. Black artists of the time faced added pressure of the security police, who often raided social gatherings in the townships. They harassed musicians and destroyed instruments they had bought with hard-earned money. Today he’s not in the mood to relive those moments.

But despite being reluctant to relive the past in the interview, his latest album, 1959, is based on the pain of the forced removals he and his family faced that year. Kunene hopes that it will serve as a reminder to his nine children, the youngest just three, of the hardships faced under the Apartheid regime and the brutal implementation of racial segregation.

Despite his years in the industry, financial struggle is an ongoing theme in his life. He wants to play more gigs at home but his bread and butter comes from entertaining audiences overseas. He rants about the lack of support from the government’s Department of Arts and Culture, especially with regard to the basics like medical aid. He insists that aspiring artists are deterred from entering the industry for fear of being destitute. 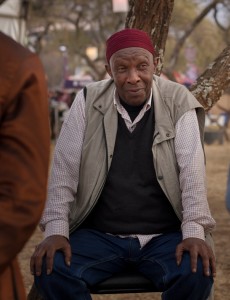 Madala Kunene at the Oppiekoppie Festival.

But money problems and the physical impairments of age aside, his deeply spiritual music keeps him afloat.

“I’ve never been to school, what could I do? To dig down there with a pick?” He asks pointing to the dirt, ”I’m too old for that. I can sell fruit for money, maybe”.

Three young men arrive and begin to set up a tripod and camera. They signal to him. “But I think the door is going to be opening. It’s going to be okay, “he says with a bit of a practised smile. The deep lines on his forehead soften as he straightens his waistcoat and, rising with effort, extends a worn but strong hand to his next interviewer.

This article first appeared in Africa is a Country. Words and pictures by Leila Dee Dougan.