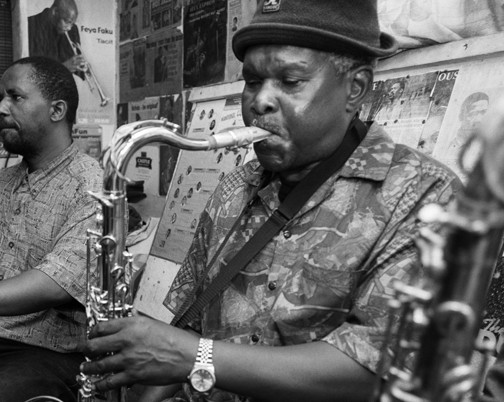 If you don’t have food on your table and a job, culture and heritage will take a back seat

Dudley Tito has paid his dues. He grew up in Port Elizabeth’s New Brighton township, where vibrant artistry went hand in hand with political activism. When the Red Location Museum, opened on his doorstep to celebrate the new South Africa, Tito was invited to play there. But now the museum’s arts exhibition he helped launch is gathering dust behind closed doors.

Opened in 1996, the striking industrial warehouse echoes the surroundings of the township. It was built to celebrate the rich cultural and artistic heritage of New Brighton, the oldest township in Port Elizabeth. Curated by Professor Diane Thram, director of the International Library of African music, a permanent exhibition Generations of Jazz was launched at the museum last June. But the community has clashed with its artists.

The township jazz band performed extensively around South Africa, and won first prize at the Michelangelo National Jazz Festival in Johannesburg. Later they became the first band from a Port Elizabeth township to play at the Grahamstown National Arts Festival. During this time Tito also started ‘Avenue A’, a studio in his backyard that became a training ground for promising young musicians including Feya Faku. It is the historical legacy these jazz greats left behind that the Generations of Jazz exhibition was meant to celebrate and preserve. 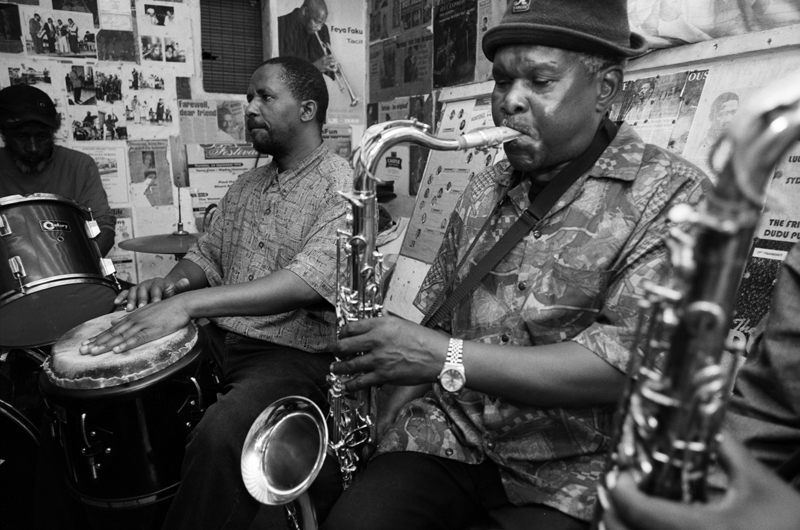 Tito played at the Red Location Museum on the opening night, a windy evening last June. About 300 people attended. At the time this living musical legend, now 73 years old, was optimistic about the role of the museum in the continuation of developing musical talent in his area.

“I am very proud of [the exhibition]. It is giving us all more information.” he said before delivering a message for aspiring musicians. “They must have discipline and work seriously on their music. Then there will be a future for them. There were no opportunities for us like they have these days,” he said.

But the opportunity of which he was so proud has come face to face with a desperate need in the area. And artists like Tito, who have given so much to their communities, are now on the receiving end of activism.

Born in 1941, it was in a New Brighton that Tito learnt to play the pennywhistle, the kwela flute and the clarinet before moving on to the tenor saxophone. He sharpened his skills through imported bebop records and his uncle, Den Mnqandi, who specialized in swing and mbaqanga, became his musical mentor.

“Those days it was hard…there was no way of recording music, we listened to LPs. We couldn’t read music as there was no music school around here then,” he said. “During those days we used to play for nothing. You know in our days it was very hard.”

And sometimes the hardship seems undiminished in the 21st Century. The Red Location Museum exhibition that he helped open, and that was meant to revive and celebrate local jazz musicians, has been shut down. The national heritage site, complete with a R22 million price tag, closed its doors in order to protect staff and visitors from protesting residents. 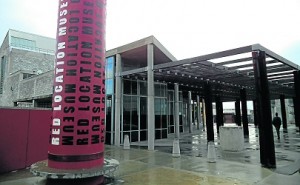 With many in the community suffering from unemployment, using communal taps and still relying on the humiliating bucket system, the museum is perceived by residents as a drain on government resources that could be used to improve living conditions in the surrounding township.

“People look at the size of the building and think it’s an institution with money, so people perceive it as a wealthy space,” says Du Preez. “We are managed by the municipality, so the community sees us as government and demand basic services, but that’s not our mandate.”

These days no young musical talent is being nurtured at Red Location Museum and the local youth no longer have access to exhibitions such as Generations of Jazz that could teach them about musical stalwarts that grew up in their community. 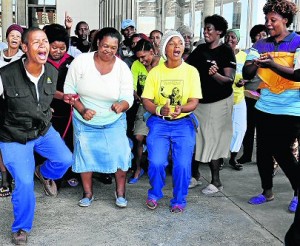 The protest that closed down the museum. Photo courtesy The Herald newspaper.

Du Preez says local artists, including Tito are disappointed at the closure.

“The idea was that [musicians] would perform here on a regular basis and make money for themselves,” he said adding that it was unlikely to happen anytime soon with the museum being shut indefinitely. “If you don’t have food on your table and a job, culture and heritage will take a back seat.”

The museum space, initially meant to preserve our cultural heritage and serve a community historically marred by the apartheid regime, is now left unused and vandalized. Instead of acting as a catalyst for local talent, skills and entrepreneurship, it has become nothing but an iron, wood and steel structure… memories and music of its jazz greats bolted inside.

Tito still lives in New Brighton but his community demands that the artistry will remain locked away until their basic needs are met. 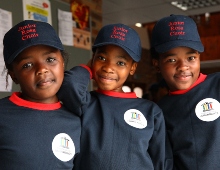 The kids who dreamed before Ramaphosa 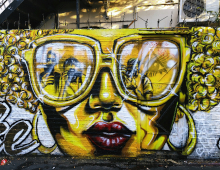 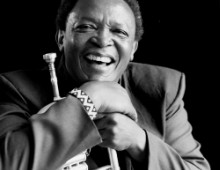