Burning to consume? A look at izikhothane as “aspirational consumers”! 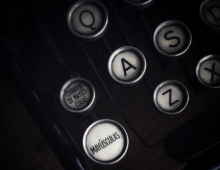 The month of June is regarded in South Africa as a month of the youth. Looking back to 1976 we cant help but think about the bloody sacrifice of the youth uprising that started in Soweto. Many young people lost their lives on the 16th of June in 1976 during the struggle against Bantu Education. The most notable death which in fact became a symbol of that struggle being that of the 12 year old Hector Peterson through the momentous photograph that was captured by the late Sam Nzima. The victory against the apartheid struggle has many in our country celebrating the youth of the era and praising their bravado, courage and sense of purpose among others positive attribute. This was an era of limited options and curtailed access for black people and lot of punitive burning – the notorious necklacing. These limitations extended to the consumption choices of the oppressed. Post-apartheid South Africa promised a free, equal, and prosperous society for all. It is in this era that we see a tremendous growth of the black middle class stereotypically associated with consumerism. Yet, it is also in this era that we see a significantly widened gap between those who have and those who do not have. This gap is emphatically signified by the Gini Coefficient which is often characterized by poor people engaging more in conspicuous consumption. And it is in this context that we saw the blazing subculture of izikhothane notoriously taking South Africa by fire in the mid-2000s.

The first question to ask upon being confronted by this subcultures, “Why do izikhothane engage in what is perceived as destructive, conspicuous consumption”? This behaviour takes place in circumstances of poverty, involving young black males purchasing expensive items such as clothes and food and performatively burning them in full view of an audience. The subculture appears to have first started in the East Rand of Gauteng, before spreading into Soweto and other townships in South Africa. By conducting in-depth interviews and prolonged observations with The Good Fellas – a group of izikhothane from Tembisa – I found this behaviour not to be crude materialism bordering on the immoral as commonly thought, but as symbolic of aspirational consumption, demonstrating the desired aspirations of those who participate in it. This is contrary to the negative sentiments expressed about this behaviour in the public sphere, for instance, on the television programme 3rd Degree, where it was dubbed as ‘bling having gone obscenely mad’ when it first emerged.

The money used by Izikhothane to buy these items is often earned from informal businesses such as car washing, part-time jobs, school lunch money saved up over time, or is given to them by their parents, who are not aware of their behaviour (although some may be). The mock battles normally take place after school on Fridays, and during the weekend, on Saturdays or at specially planned events such as beauty pageants. Like all other subcultures, ukukhothana has evolved from being a disturbing culture of destruction to a subculture of elegant expensive dress, having fun and as The Good Fellas say, “sharing love and happiness” through consumption.

Consumption is not just the random acquisition of goods and services but is patterned in specific ways (Douglas and Isherwood 1979, 11). It then follows that human consumption patterns are informed by a range of factors, for instance, economics, cultural background and social circumstances. It therefore becomes apparent that the goods and services which people consume act as markers of social identity (Lury 1996, 14) and are concerned with meaning, values and communicational aspects (Douglas and Isherwood 1979, 11; McCracken 1990). I want to speak to the concept of conspicuous consumption.

In 1899, Veblen used the term ‘conspicuous consumption’ in The theory of the leisure class to explain the use of certain goods not for their utility value, but in order to distinguish the users from other people, to display their superior wealth and higher social standing. Conspicuous consumption, also known as the ‘Veblen effect’, thus refers to the purchase of expensive, luxury goods which have a lower (if not equivalent) functional benefit or value than their less costly counterparts. As Veblen (1899) explains, merely possessing wealth is not enough to earn the respect and esteem of others – the consumption must be made visible, to show wealth. The best way to do this is to engage in the kind of consumption that signals wealth. In an instance where this type of consumption is undertaken by the poor, it can be said to be indicative of aspirations.

According to data released by Statistics South Africa, on average, South Africans spend more on clothing and footwear than they do on education. These items (especially expensive brands) reportedly make them ‘feel good’ about themselves (Chase, Legoete and Van Wamelen 2010). Such behaviour is symbolic of aspirational consumption. Aspirational consumption represents the aspirations of those who engage in it, namely the goods and services they would consume if they reached a certain level of success in life. Such consumption is therefore representative of a better life. The term aspirational consumption was first used by Dana Goodyear in an article about Fred Franzia’s success in selling inexpensive wine (The New Yorker 2009). Since she does not explain what the concept means, I took the liberty of combining the two terms, aspiration and consumption, to refer to the above and deem this to include consumption with a purpose beyond what is seen (Godelnik 2012). Similar to ‘aspirational’ – those who believe in the consumption of products that are good for the environment – izikhothane are a unique ‘type’ of aspirationals. Although izikhothane are not necessarily concerned with environmental issues, they can, to a considerable extent, be labelled aspirational consumers (ibid.).

Their behaviour is symbolic of sustainable consumption in that they also seek to create an environment – not necessarily a natural environment, but a context – that supports a better quality of life. Also, izikhothane, like those who aspire, are significantly materialistic. Essentially, aspirational consumers are materialists who define themselves in part through brands.

The idea is that although their expenditure may appear to be wasteful, it is representative of their aspirations. Despite currently having stopped the destruction of their commodities through fire, they continue to burn with consumption! 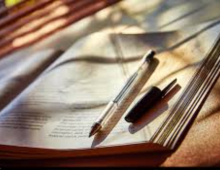 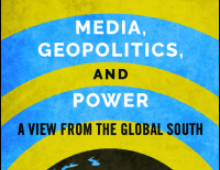 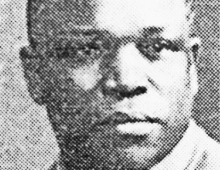 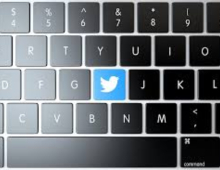