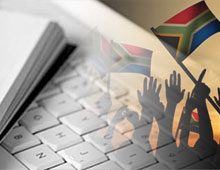 [intro]In this edition of The Journalist, we provide some interesting contextual information about local government in South Africa, which can be used as briefing notes for journalists and researchers. In Part 1, we mainly focus on the period spanning the transitional phase in the early 90s to the present.[/intro]

The first local government elections in a democratic South Africa took place at various times from November 1995 to 31 March 1996. For the first time, all South Africans had the opportunity to participate in electing councillors in a local area. How did this come about?

During the negotiations before 1994, guidelines for local government were outlined in the Local Government Transition Act in 1993. This paved the way for including local government as a third sphere of government in the new Constitution and repealed a number of laws related to racially- based local government.

After the adoption of the Interim Constitution in 1993, a multi-party Transitional Executive Council was set up. One of its tasks was to spell out how local government would be run as integrated municipalities. During this pre-interim phase, negotiating forums were set up in local areas to discuss the process of integrating racially separate structures and to assess the impact of laws which outlined how to determine the number of seats, powers and functions as well as areas of jurisdiction.

The negotiating forums in the local areas were made up of representatives from the racially separate structures and from the “non-statutory” groups which included organisations, such as the ANC, PAC and civics. The “non-statutory” group represented the majority of South Africans. A national Local Government Negotiating Forum was also set up to guide and support the local forums.

During this period, the Interim Measures for Local Government Act of 1991 was rejected in some areas, such as Port Elizabeth, where the Cape Provincial Council agreed to be bound by the decisions of the negotiating forum, which set up a non-racial Management Committee, contrary to the Act. The Management committee consisted of one representative each from the ANC, SACP, COSATU, DP, NP and the PE municipality.

The grassroots negotiations informed the provisions of the Local Government Transition Act of 1993, based on the unprecedented levels of willingness amongst local role-players to work together, even drawing in the Afrikaner Weerstand Beweging in places such as the small town of Klipplaat.

The 1998 White paper on local government defined local government as developmental and committed to maximise social and economic growth. In addition, a partnership was to be developed with voters in a quest to find sustainable ways to meet their needs and improve their quality of life.

The whole suite of local government laws which followed, reflect these principles, making it compulsory for local councillors and officials (administrative staff) to perform accordingly.

Why did we make the choices we made to set up local government in this particular way?

In the past, municipalities were not provided for in the Constitution. They were established through provincial ordinances, which specified their powers and functions, meaning that they had no original powers. This resulted in the subordination of local residents to control by provincial councils and central government, unequal development and no uniformity in policy or services. There were no guarantees of basic standards in services.

Secondly, all previous local authorities were racially separate and not based on a universal right to vote. The “native reserves” were areas which the colonialists designated for black people, away from the urban areas. Different laws and standards of services were applicable in those areas. These areas later became “homelands” during the apartheid era. None of these local level structures were regarded as legitimate by the majority of the population, due to their racially divided and financially unequal status. Furthermore, all these structures were controlled by the white “parent” local authorities in the case of African, Coloured and Indian local structures. In the case of the white structures, they were subject to the authority of provincial and national government.

Thirdly, all previous governments, since the earliest colonial times, failed to provide basic services and amenities such as housing, schools, health services and public transport as needed by the black communities.

Transparency and accountability in the new democratic system were crucial to building and restoring the trust of citizens through various participatory processes. In the past, the majority were excluded from decision-making processes which affected them directly.

Most importantly, though, the recognition of basic human rights and the fundamental right to dignity through the recognition of socio-economic rights in the new Constitution meant that the local sphere of government had to be designed to promote those rights.

The new model of local government was set up in three phases. The setting up of negotiating forums was the first phase, followed by the election of transitional councils from November 1995, which made provision for 30% of the seats guaranteed to white “representatives”. In the third phase, non-racial, inclusive elections took place on 5 December 2000, in terms of the 1996 Constitution. For the first time, South Africa had a “wall-to-wall” local government system, due to the re-integration of the “homelands” into the Republic of South Africa.

Since 1995, there have been four local government elections. Are these new structures an improvement of what existed before?

On the whole, the new structures are autonomous, non-racial, inclusive and are supported by provincial and national government, as well as 57 municipal entities set up to promote and co-ordinate development and the provision of basic services and amenities.

However, the sweeping changes introduced by the new dispensation will not automatically lead to the development envisaged and challenge deep-rooted social relations.

In terms of the laws, ALL local officials and representatives are bound by the development agenda and to promote public participation, yet, the parties contesting elections fail to stress these obligations. Service delivery is held up as the central issue, whereas the neglect of socio-economic growth and public participation is, arguably, the cause of public protest. The re-integration of citizens in the business of local government depends on tackling the central issue of development.

According to the Report on the Audit Outcomes by the Auditor-General for the 2013-14 fiscal year, of the 335 municipalities (278) and municipal entities (57) audited, the following summary applies:

Municipal financial management and governance has been supported by National and Provincial Treasury. The Municipal Finance Management Act includes punitive sanctions for mismanagement.

In the key area of the provision of basic services and amenities, despite many improvements, the delivery levels remain unsatisfactory. In 2006, the Local Government Strategic Agenda and Implementation Plan was published to serve as a tool for medium-term planning, implementation and monitoring. Following weak governance and poor service delivery in many municipalities, the Local Government Turn-around Strategy was implemented by Minister Gordhan in 2014 to assist struggling municipalities over the past two years.

What lies at the bottom of the apparent lag in service delivery? In Part Two, we look at some of the historical factors that have shaped governance structures. 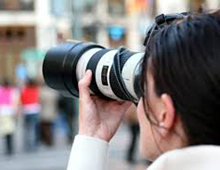 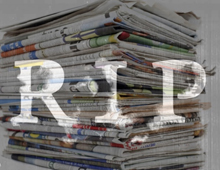 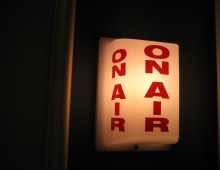 The radio station by the side of the river 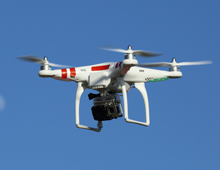