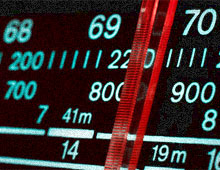 [intro]The media landscape has changed dramatically since the end of apartheid. A completely new sector, community radio, came into being in 1994 and has grown since to reach millions of South Africans in city, town and rural village.[/intro]

The birth and rise of community radio in South Africa has been a very important part of the post-apartheid landscape.

There are at least over 150 community radio stations across the country with a weekly listenership of over 8.5 million South Africans.

Radio is the most accessible form of media in the country. There are about 15.4 million radio sets in South Africa reaching more than 90% of the population.

The community radio sector emerged at the end of apartheid. The grip of the state-run South African Broadcasting authority came to an end leading to deregulation and liberalisation and resulting in the proliferation of radio stations, both commercial and community.

After 1994, there was a mushrooming of new stations as the newly-established Independent Communications Authority of South Africa (ICASA), assessed and granted licence applications.

Broadcasting is done in numerous languages and content varies from area to area.

“Their scope and reach varies enormously – from the 416 000 Joburgers who make up the audience of Jozi FM to, for example, the 32 000 people who listen to Overvaal Stereo in the farming communities of the Free State province,” stated Wikipedia.

“Many community broadcasters are represented by the National Community Radio Forum, which was formed in 1993 to lobby for the diversification of the airwaves and to promote the development and growth of the community radio sector.”

Most of the community radio stations are members of the NCRF, which according to current executive member Vernon Mfusi, was started in Soweto in 1993.

He said that community radio had dramatically increased access for many citizens and had been an important nursery for skills training and development.

He added that over 84% of community radios in South Africa possessed digital studios and that the sector employed more than 800 permanent salary earning personnel.

However, there were a host of obstacles that the sector is faced with. Community Radio struggles to access sufficient advertising and other forms of funding and attract enough skilled personnel.

Below is a selection of community radio stations from different provinces. The information, sourced from Wikipedia, includes its origin, listenership and content mix.

Bay FM was born out of Radio Uppie at the University of Port Elizabeth. Now independent of the university and run by members of the community, the station’s programming reflects its young target market and goes out in a mix of English and Xhosa, with 60% music and 40% talk.

Link FM is a Christian station broadcasting from East London and targeting listeners aged 16 to 49, with programming made up of 10% talk and 90% music.

The station broadcasts from Cala outside Elliot, targeting Xhosa-speaking listeners aged 18 to 34, with a programming mix of 40% talk and 60% music.

Frequency: 96.1 FM
Broadcast area: the Motheo District; some parts of Lejweleputswa, Xhariep and Thabo Mofutsanyana District; some areas of Lesotho and the Northern Cape.
Language: Sesotho, Setswana, English and Xhosa

Overvaal broadcasts from Viljoenskroon, targeting listeners in Afrikaans-speaking farming communities aged 25 to 49, with programming a mix of 60% music and 40% talk.

Jozi FM broadcasts from Dube, Soweto, targeting listeners aged 16 to 49. Programming is multicultural, half talk and half music.

Thetha FM, which is based in Orange Farm, aims to provide informative and empowering programming “that can be used by our community to solve local problems”. They view radio as a empowering tool that will help foster self reliance and development the community through positive change.

Highway Radio is a Christian station broadcasting from Pinetown and targeting listeners aged 25 to 49 – half of them Indian, 20% black and the remaining 30% white and coloured. Programming is 30% talk and 70% music, with news, traffic, surf, beach and weather reports.

Frequency: 101.5 FM
Broadcast area: Pinetown, Durban, up the North Coast to Stanger and down the South Coast to Scottburgh
Language: English

Hindvani seeks to promote the development and propagation of the Hindi language and music, with an even split between Hindi and English programming, and music and talk. It targets Indian listeners of all ages.

Izwi Lomzansi describes itself as a “socially inclined” community radio station that aims to bridge the gap between the poor and the rich. It is an urban contemporary talk and music community station.

Award-winning Radio Khwezi, “morning star” in Zulu, broadcasts from Kranskop to transmitters in Greytown and Eshowe. It targets listeners aged 16 to 49 and rogramming is inclusive, geared to empowering and educating the community, and includes environmental and cultural issues as well as news, talk shows, local drama, weather and sports.

The station broadcasts from Moletsi, 20km northwest of Polokwane, to Sepedi-speaking listeners aged 16 to 39, with programming a mix of 40% music and 60% talk.

Moutse Community Radio broadcasts from Groblersdal to multilingual listeners aged 18 to 35, with programming 40% music and 60% talk.

Radio Kragbron broadcasts from Witbank to Afrikaans-speaking listeners of all races aged 24 to 34, with a mix of 40% music and 60% talk.

Broadcast from Rustenburg, Radio Mafisa targets Tswana-speaking listeners aged 18 to 35 with a mix of 60% music and 40% talk.

Broadcast from Taung, Vaaltar Community Radio targets Tswana-speaking listeners aged 16 to 39 with a mix of 40% music and 60% talk.

Broadcast from Upington, Radio Riverside targets Xhosa-, Setswana-, English- and Afrikaans-speaking listeners aged 18 to 35, with programming made up of 60% talk and 40% music.

Bush Radio offers programming focusing on community issues, news, interviews and drama, made up of 40% music and 60% talk.

Broadcasting from Vredendal, Radio Namakwaland is a Christian station targeting listeners over 25, with programming reflecting the culture of Namaqualand and made up of 60% talk and 40% music, including features such as health, agriculture, crime, traffic and weather.

Voice of the Cape

VOC broadcasts from the Gardens in Cape Town, targeting Muslim listeners aged 25 and over. Programming reflects the multi-ethnic Muslim community and is made up of 70% talk and 30% music. 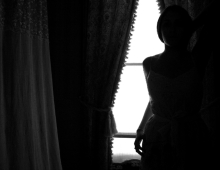 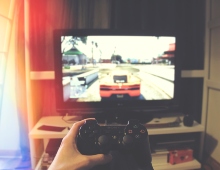 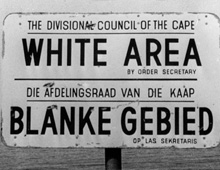 Writing In A Time of Racism 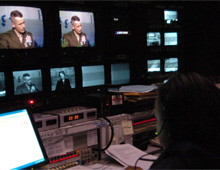 Expose yourself on TV (Part 3)