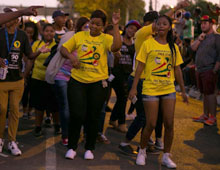 Trevor Shaku, a student doing a Postgraduate Certificate in Education at the University of the Free State and National Secretary of the Socialist Youth Movement, writes for The Journalist on the #FeesMustFall campaign. He says the decision to halt increases is not a victory but a “condition in our favour”. He argues for a full-scale campaign for free quality education.

On 23 October, President Jacob Zuma converged with the vice chancellors and student leaders of the universities. Later that day he announced that there would no increment in fees at tertiary institutions in 2016.

To some of us, we wished we could instantly enter another phase of struggle for free education. Really, 0% fee increment does not solve the fundamental issue of accessibility to higher education.

This announcement was celebrated by many across the student movement in the country with the (hashtag) #FeesHaveFallen. At the University of the Free State (UFS) a party was even thrown.

An achievement or victory

It was an achievement to be acknowledged. However clouds hang over whether it was a victory! It is important to note that not all achievements translate into victories.

Ours was not a victory, but an achievement. It was a condition in our favour. This however is not to downplay the commitment shown by students and the impact of the overall October student uprising. The impact of the march shall echo throughout the decades leading to a national uprising to bring the entire order to its knees, and with that absolving humanity from the crisis of the current order.

The historic rise of students through #FeesMustFall movement #National Shutdown will surely not go through the annals of history unnoticed. The march was a change of quantity into quality— a new expression of the previously fragmented youth movement and its ultimate reawakening.

What is the problem?

The fact that there was a proposal to increase fees means; fees exist in the first place. It is against this background, that an achievement 0% fee increment cannot be mistaken for a victory for fees to fall.

Fees at the universities in the country already stand expensive and unaffordable to the majority of young, mainly black youth. On average, qualification costs R30 000 across universities in South Africa.

The parents and/or guardians of the youth are super-exploited in both the private and public sector, and therefore the majority of them cannot afford these studies. NSFAS has proven constantly in previous years that it cannot fund all the students who are “needy”. 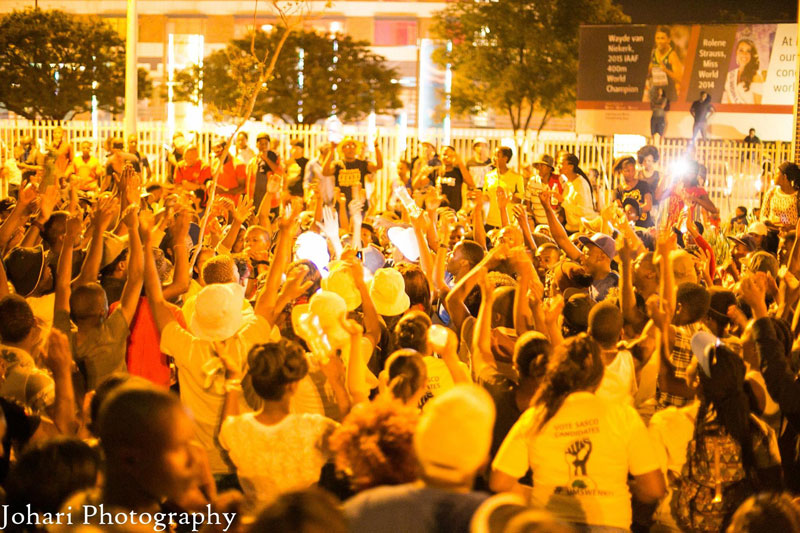 What is the nature of this problem?

At the root of the problem is the ANC government’s adoption of the neo-liberal structural adjustment policy known as Gear (Growth Employment and Redistribution) in 1996 under the influence of the neo-liberal school of economics known as the Washington Consensus. Propagated simplistically as a “common sense” policy based on “living within your means”, and not spending what you do not have, Gear entailed placing a limit on government spending to keep the budget deficit no higher than 3% of GDP (Gross Domestic Product).

At the same time government repeated in parrot-like fashion the neo-liberal argument that job creation requires economic growth which, in turn, can only come from investment by big business through incentives like, inter alia, reducing tax on business, and the relaxation of exchange controls making it easier for big business to take their money of the country.

Lower big business taxes reduced government revenue by more than R70bn by 2010. A report by the US-based Global Financial Integrity puts illicit flows from SA at a staggering US$122bn between 2004 and 2012.

Committed to spending limits, government cut subsidies to universities and “rationalised” higher learning institutions through mergers. To generate extra funds to cover operations costs, management collaborated with government by consistently, year-in and year-out, off-loading the burden onto the backs of students and workers by inflating tuition (and registration) fees and outsourcing services like cleaning, gardening and maintenance.
Tertiary education institutions turned to the private sector begging for funding to make up the shortfall. This in turn led to the corporatisation of these institutions over which private companies now exercise an increasing influence including over the curriculum.

Thus whilst students, workers and academics were absolutely correct to reject fee increases, clearly the problem cannot be understood outside the framework of the national and international political economy.

Which way for the Student Movement

Several student representative bodies across institutions have imitated WITS SRC and initiated fundraising campaigns. SRC at UFS has initiated a Right2Learn campaign as a means to fundraise to help students with financial difficulties.

Whilst these fundraising initiatives are made with good intentions from these noble daughters and sons of Africa, I maintain we cannot premise the hopes and future of young people in this country, or anywhere across the globe, on “charities” — the “good will” of individuals!

We, as the generation of students today, have an immediate task to fight for free education. With the relative maximum unity we were able to achieve on our campuses and cross-campuses, we need to strike whilst the iron is still hot.