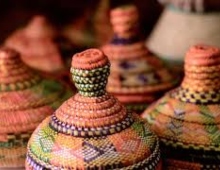 There are almost 90 000 African artworks in French Museums. The swift return of African artefacts would provide an economic boost for countries on the continent and stoke a sense of national pride which would help create greater cultural productivity on the continent.

A visit to the Louvre in Paris is on any tourists “must see” list while visiting the capital of France. Some people will hope to see the Liberty Leading the People, a painting that defines the essence of the French revolution, while others will happily queue to glimpse at Leonardo Di Vinci’s Mona Lisa. Predictably, the world’s largest museum will have areas of inactivity; one of which is the section displaying African art. Yet, despite this notion, it is an area that has attracted large controversy in modern society.

Debates around this issue became prominent when in 2017 French president Emmanuel Macron announced his intentions to return all looted African artefacts in France to their countries of origin. The French president had commissioned a report and the authors of the report, the Senegalese writer Felwine Sarr and the French historian Bénédicte Savoy, recommended that French law should be adjusted to allow for the restitution of cultural works back to Africa. According to the report, almost 90% of African art is currently held in museums and private collections outside the African continent, including statues, thrones and manuscripts.

According to a report by Quartz Africa, there are almost 90 000 African artworks in French museums and most of them are housed at the ethnographic museum, Quai Branly, that also boasts a large collection of Asian art. The museum was founded by Jacques Chirac, who served as President of France from 1995 to 2007 and who was an avid collector of African and Asian art.

There have been consistent calls over the decades from African historians, leaders and artists for the repatriation of Africa’s artistic and cultural heritage and Macron’s statement was positively received in Burkina Faso when Macron clarified that these artefacts would not be loaned back but rather returned permanently.

Only in cases where there was historical proof that these objects were obtained legitimately would the artefacts remain in France. Benin, however, has already announced plans to accommodate their returning artefacts this year and was the first country to formally ask France to return their artifacts. In July French Culture Minister Franck Riester said Paris will go ahead with the restitution without waiting for a new law to enshrine it. France will return 26 works of art to Benin after 126 years when they were taken from the palace of King Behanzin in the late 1800s.

In theory, the swift return of African artefacts would be an understated economic boost for African countries. Research from the Arts Council England suggests that every £1 paid by the arts and culture sector generates an additional £2.01 in the industry mainly due to “attracting visitors” and “creating jobs”.

It is unknown what kind of income could be generated from these works in the African context, but what’s clear is that it’s not simply about economics, these artifacts should be given the opportunity to thrive in a part of Africa where the artefacts speak to each citizen’s heritage and enhance African identity through deepening the continent’s heritage.

Art is often more than a channelled piece of talent, it also has historical value. Some of the most famous artworks hold stories that have the potential to educate our society and become visual representation that embodies our history. This, in turn, would promote national pride and love for our country and continent. In Britain children will look at a Spitfire to learn about their country’s heroism during the Second World War. American children will learn of their country’s independence through the Statue of Liberty, while French children will visit the Bastille to understand their country’s fight for freedom. All of these artefacts have become symbols of their country and have added more than just historical or monetary value.

Art also has the ability to inspire a young generation to create their own work and continue this trend in human culture. Currently, reports suggest that 90% of African art resides in other areas of the world meaning that only the elite few from the continent will have the privilege of interacting with their heritage. More alarmingly, the average African on this continent will see a staggeringly low percentage of their country’s best artistic yield. Perhaps seeing these works in person would stoke a sense of national pride which would help create greater cultural productivity on the continent.

In reality, the biggest obstacle would be the safe transportation and maintenance of these historic artefacts. European art dealers have voiced their scepticism, providing a myriad of reasons for artworks to remain in their museums including conflict on the continent and corruption at government level. There have been some examples of this. In 1973, for instance, President Mobutu Seso Seko of then Zaire (now known as the Democratic Republic of Congo) pleaded for Europe to send back the artefacts of his country.

“During the colonial period we suffered … from the barbarous, systematic pillaging of all our works of art,” he told the United Nations General Assembly in October 1973. According to a report, the artefacts were returned, as many as 144 of them, but they soon found their way back to the European markets again. Unquestionably there are challenges to returning these artefacts, but African governments must make it a priority to find solutions.

Many of these artefacts which sometimes are not even displayed in European museums, collect dust and they could instead be used to inspire the African continent. In an age when we are all working to make Africa work, giving the youth inspiration to stake their claim in African history would do no harm. 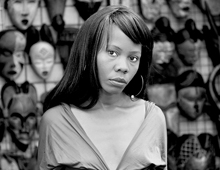 Straight into the lens 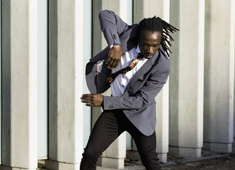 Dance should be an official language 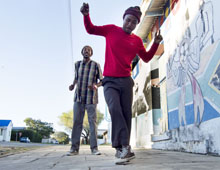 Dancing in a divided city: The Pantsula Art of Ayanda Nondlwana 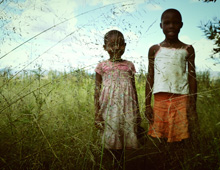