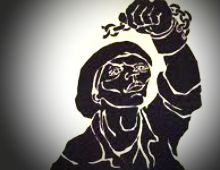 We should strive to help women heal from the generations of oppression and hurt. We should create safe spaces for women to work through their pain and reclaim the true strength that lies in their ability to build and nurture.

I remember the day vividly, it was a sunny Sunday afternoon and I was walking in the city with a colleague. As we walked leisurely towards the Company Gardens we shared stories about our lives, as women, as mothers, as daughters. She turned to me and said everyone expected her to be “strong”, even in times of hurt and pain. “I couldn’t be strong… I am not a rock. I’m not even supposed to be a rock”. These are sentiments that we come across during Women’s Month. A time when women are supposedly celebrated despite enduring the ongoing struggle of being struck and forced to be strong.

No human being is, in fact, born hard. We are all born fragile and vulnerable; every touch can literally make or break us. Equally so, no woman is innately a rock. Something happens to the woman which hardens and subjects her to a rocky status. The famous saying, Wathint’ umfazi wathint’ imbokodo, proves this point… because, as it translates, it is when a woman is struck that she then becomes a rock. Hardness is a response to a hit, a strike, from people and situations. It is rather unfortunate that the very unnecessary striking of women has become so normal in society that we have acquainted ourselves with hardness that we even celebrate it as strength. When, in actual fact, these rocks are merely tombstones that serve as reminders of what was once a strong woman.

Whatever you believe, it is a universal truth that every living thing was created as it is because it can only serve its purpose best in that specific form… the birds, bees, lions, monkeys, and even plants; everything in nature is structured exactly how it must be to function optimally in itself and in relation to other created things. The same is true for women.

Women are not tender and nurturing by accident, it is in a woman’s nature to be “soft”. Forcing a woman to go against her natural need to love and care, to birth and build, thus goes against the natural working of things. In short, subjecting women to rocky status robs society of the role that women are meant to play. That woman who has to work twice as hard to progress has to sacrifice the time she could have used to raise her children in efforts to provide for them.

Equally, women were never meant to father their children, it is the strike of absent fathers that hardens women to the point of being forced to raise their children on their own. Their ability to do so should, however, not be seen as an invitation to keep on striking women into single motherhood.

Take for instance Lion Mama who fought three men off of her daughter and, in the process, stabbed one of them to death. Although her actions were indeed brave, she was a victim nonetheless. She was actually victimised way more than most… She was first a victim of the rape of her child, then a victim of the justice system that accused her of murder when all she did what protect her daughter. Lastly, she was a victim of public opinion. Society’s expectation of her to be rock hard during the hardest of seasons may have robbed her of the opportunity to express the hurt and trauma she experienced. Being expected not to show her true feelings may even keep her from healing.

While there is nothing wrong with celebrating the strength of women, there is certainly no reason to subject women to situations that force them to be strong, unnecessarily so. Should there be something that strikes a woman into rock mode; society should not banish her into the Stone Age for the rest of her life. Instead, we should strive to help women heal from the generations of oppression and hurt. We should create safe spaces for women to work through their pain and reclaim the true strength that lies in their ability to build and nurture. It is good and well to celebrate Amaqhawekazi, but we must be careful not to create the misconception that women can take violence and oppression. Women have taken injustices for way too long, we must now actively look at ways to facilitate healing for women while socialising men to stop subjecting women to unnecessary struggles.

What part will you play? All abuse is unnecessary, we can actually live without it, and we should. Every day should be a Day of Activism against the abuse of women. We must build a society where women are not rocks. And if you are a man, make it a point that you educate other men to respect and protect women – if you don’t strike her, she will never have to become a rock.

Published via ACTIVATE! Change Drivers. ACTIVATE! Change Drivers is a youth leadership network of over 2500 members and counting. We are committed to making the ideas of young people into the tangible solutions they want to see in South Africa. Moreover, we realise that young people are already implementing a lot of solutions across the country and thus also commit to illuminate their work, making them visible as the true heroes they are. We do this by connecting young people who are doing similar things and giving exposure to young people who are making a difference in efforts to inspire and influence other young people to also become active citizens. We also create platforms where young people can provoke conversations on controversial issues in order to find innovative solutions.

The Chinese Yuan – is this the world’s new super currency?

Building solidarity across class divides will take more than a march

The words were the caption of Khensani Maseko’s last post on her social media page before she took her life. They are cries for help that remain a living voice of Khensani’s call to the country to unite in healing the wounds of the women that are raped, abused and shamed daily by men. Moreover, […]

Rooted in a mentality that blacks are ‘non-persons’