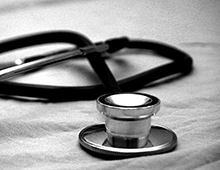 In 2019 the South African Medical Research Council (SAMRC) is 50 years old. Today its mission is to both fund and conduct research that improves the lives of South Africans, and thus serves as the national custodian of health research for the country. As part of its mission, the SAMRC has an obligation to understand South Africa’s Burden of Disease to ensure an appropriate response to the epidemics that undermine the health of the nation.

South Africa has four intersecting epidemics: the epidemic of HIV and TB; an emerging epidemic of non- communicable diseases like hypertension, diabetes and cardiovascular diseases; an epidemic of child and maternal deaths; and a gruesome one of violence and injury.

In our pursuit of research that improves health outcomes, evaluating our healthcare and health systems is critical to support the concept of universal health care. The SAMRC also supports the conduct of clinical trials on key life-supporting drugs for diseases and collaborates in evaluating preventative vaccines whilst nurturing new medical innovations that have the potential to improve public health.

As we enter our 25th year of democracy the issues around which we debate and proselytise – from the key systemic challenges we face as a people: global warming, economic inequality, access to public services; to racism and sexism – to debates about how far we have come as a nation and South Africa’s international role, the SAMRC is well placed to serve as a sounding board for putting these debates in context.

But, in reaching our 50th anniversary, it is necessary for the SAMRC to evaluate the history of our country and its impact on health– a journey which begins under colonial subjugation, apartheid dispossession, and a migrant labour system that lead to the destruction of the family.

Both the SAMRC’s journey and the history of health research in general can help us understand our own broader transformation requirements and how much the spectres of the past still intrude into the state of the nation’s health today.

Although the SAMRC was established in 1969, the origins of public health research in South Africa emanated because of a health crisis emerging, and this is summarised succinctly in an article published in the Lancet in 2009 by Jerry Coovadia and colleagues.

As a result of the transformation of the country from an agricultural to an industrial economy following the discovery of diamonds in Kimberley in 1867 and gold in the Witwatersrand in 1886, the demand for cheap black male labour was enabled by coercive legislation, taxes and restrictions on access to land thus serving to enforce the migration of male labourers with this cheap labour becoming the mainstay of our economic development as well as defining the pattern of disease both in South Africa and our neighbouring countries.

The racial colour bar was entrenched in the work-place – with white workers protected as skilled rock-drillers, blasters and supervisors and black workers as contract, migrant workers doing the manual digging and loading of the ore. This strategy underpinned the racial policies of segregation and apartheid.

With the mining boom and the sinking of deep-level mine shafts came the concomitant spread of disease in these enclosed spaces, like tuberculosis, with the threat of impacts on profitability.

The Chamber of Mines championed – together with the Union Government – the setting up of the South African Institute of Medical Research (SAIMR) in 1912 – to tackle the problem of disease on the mines. Viewing the country through the racial spectacles of the period the SAIMR drove research on pathogens – which were initially seen as being borne by black workers – whilst protecting the health of the white workers.

The wide-spread disease of TB flourished amongst malnourished black mineworkers living in over-crowded conditions in single-sex hostels. Miners who got infected with TB were repatriated and TB was spread to rural areas. By the late 1920s, more than 90% of adults in parts of the rural reserves of Transkei and Ciskei had been infected with TB.

Similarly, the widespread persistence of pneumonia, which spread in the deep mining shafts, prompted research into the aetiology of pneumonia and the search for a pneumococcal vaccine to immunise mine workers.

Once set up, the SAIMR did major studies of diseases contracted by white South African soldiers serving, as colonial surrogates, in German East Africa – where malaria was rife.

Needless to say, at this time, SAIMR scientists were entirely white and largely male. Between 1912 and 1945 the scientific work of the SAIMR can be understood in a two-fold way:

On the one hand it was associated with groundbreaking medical research whose relevance and validity are widely acknowledged globally. But, on the other hand, it was informed by a paradigm shaped and coloured by a very Eurocentric approach to disease. This approach tended to see health in terms of pathogens which threatened “European lives” in Africa – malaria, sleeping sickness and yellow fever. In this it echoed the traditions of other institutes in European countries which had a similar paradigm – one thinks of the London Institute for Tropical Medicine etc – in which health research prioritised colonial objectives.

After World War 2, the Smuts Government absorbed the research work of the SAIMR into the much larger Council for Scientific and Industrial Research (CSIR) in 1945 (the SAIMR continued its work on virology and pathology until 2001 when it merged with the National Institute of Virology, the National Centre for Occupational Health as well as university and provincial pathology laboratories to form the National Health Laboratory Services).  The CSIR, as its name suggests, had a less of a medical and public health remit and was part of a broader strategy to harness scientific research to enhance industrial development. Medical Research was undertaken now under the auspices of a committee of the CSIR – called the Committee for Research in Medical Sciences (CRMS).

It was the CRMS which championed the need for a separate council for medical research – which was finally realised in the formation of the SA Medical Research Council (SAMRC) in 1969. The MRC (as it was usually known) had two main research programmes – joint research with or research support of universities and medical institutions and research carried out by the MRCs’ own in-house scientists. The MRC was responsible for breakthroughs in the identification of the causes of parasitic diseases in humans such as typhoid, trachoma and cholera as well as fungal toxins in food; for developing vaccines and for early treating and treatment of TB. The MRC also began combining medical research with broader health research such as epidemiology and identifying disease patterns in South Africa.

The early heart and other organ transplants in South Africa would not have been possible without the support of the Cape Provincial Administration and the MRC (provision of animals for practising transplant techniques and research on rejection and immuno-suppressants).

But, in the intervening years, the 1948 codification of South Africa’s racial oppression into what became known as Apartheid, after the victory of the National Party in that year’s whites-only elections, saw apartheid thinking frame the health research paradigm of the 1969- launched SAMRC.

The Cape Town campus of the SAMRC was shared with Stellenbosch University – which was seen as the philosophical home of Apartheid’s intellectual arm. The SAMRC also became the port of call for senior apartheid politicians seeking medical interventions.

Alongside the apartheid regime’s ideology of racial identities and its quasi-scientific embrace of genetic racial difference the SAMRC focused much of its health research seeking the continuity of “race”, genes and disease. Also, apartheid South Africa’s global alliances framed the MRC’s international research collaborations – notably Israel and Taiwan – whilst African partners did not exist.

Then came the late 1980s – the years in which political insiders in the apartheid order became aware that negotiations with the liberation movement were in the offing and the transition from apartheid inevitable.

The 1980s and early 90s were the years in which the SAMRC – like many of the institutions of the apartheid state – found itself in a period of the insecurity, typical of an ancient regime.

People knew that apartheid was over but didn’t know what was going to replace it. A recipe for opportunism and looting. So, some internal programmes became hived off into private businesses projects and research systems suffered along with morale.

Staff members at that time recall that State funding for salaries was frozen and the SAMRC allegedly took a private bank loan to pay running costs, underwritten by the state. There was no control over expenditure and staff chaos ensured.

Then, with the victory of democracy in 1994 the first black president of the SAMRC, Malegapuru Makgoba, was appointed. Thus began the new struggle of the SAMRC to smash the apartheid-era racial paradigm and begin the necessary process of transformation.

Transformation in every sense – from the content of the research undertaken by the SAMRC and which it supports; to the composition of the in-house staff and scientists; to the growing of a cohort of black and women scientists; to the embrace of health sciences as a broader meaning than only medical science; to becoming the measure of the state of the nation’s health. Today, the SAMRC is headed by a woman scientist and is unrecognisable from its lily-white past.

Since democracy the SAMRC has not, however, been free of the rough and tumble of the politics of science and our national political challenges. It has had to raise to the challenge the AIDS- denialism of the Mbeki presidency, the growing clamour from economic lobbyists to cut universal access to healthcare and compromise on the social determinants of health and the pressures to not speak what our research reveals on disease patterns because it may not be “good news”.

Instead the SAMRC – in partnership with Stats SA – researches the principal causes of death in South Africa – called the Rapid Mortality Surveillance Report – and the Burden of Disease Report which confirm our quadruple burden of disease that exacerbate the crisis seen in our ailing health system. Our quadruple burden of disease can be solved: but this requires life-style behavioural changes and the political commitment of government to provide decent public services.

Today the SAMRC has also presided over medical successes – notably doing the clinical tests on new TB regimens, supporting research into biomedical interventions to prevent HIV and TB, developing simple solutions to cut maternal and infant deaths, and helping to set up a South African centre for genomic medicine. This while developing research partnerships in several of our fellow African countries and being part of the global endeavour to support funding for medical research.

It is our plan – in celebrating the 50 years – to reflect on this journey and to host a number of public events on key health challenges and interesting current debates. 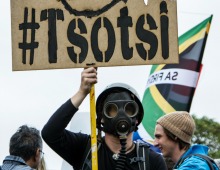 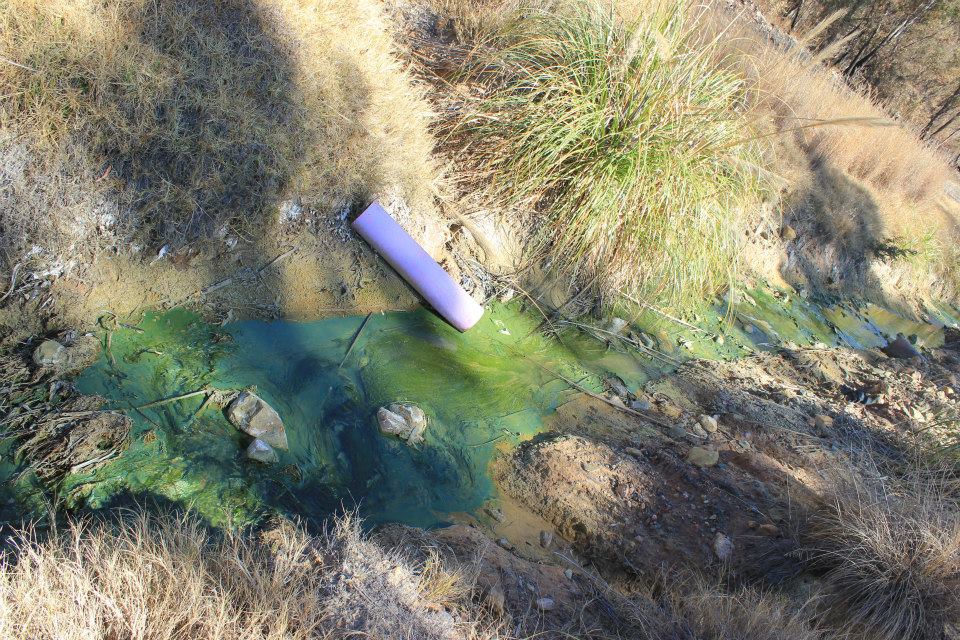 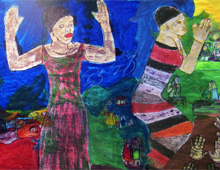 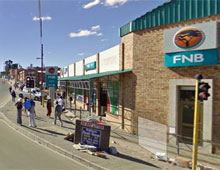