False Flags, The Fog of Deception and War Crimes 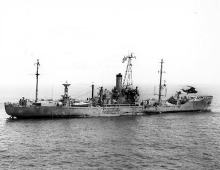 [intro]Amidst the countless number of incidents of wanton death and destruction in the recent history of international geo-politics, few linger with as much significance as that of the attack on the USS Liberty in the Eastern Mediterranean Sea on 8 June 1967. This year marks the 50th anniversary of this attack. Excavating for the truth is a complex task due to the fact that the broad daylight attack on this American intelligence/surveillance vessel, was not undertaken by enemy combatants or enemies of the US State, but was an attack carried out by America’s staunchest ally, Israel.[/intro]

The continuing global significance of this incident for the present, even for South Africa, is drawn from the fact that, firstly, justice for the deceased and the surviving crew remains outstanding and secondly, manufactured pretexts for conflict have become central in the growing militarisation of international affairs in recent decades. Peace, it would appear, is the greatest threat to the military industrial complex.

On a clear 8 June 1967, the USS Liberty was attacked at 13.56 hrs in international waters by Israeli jet fighters and torpedo boats in what was an unprovoked attack which lasted approximately 90 minutes. By the time the Israeli guns and torpedoes had fallen silent 34 US Servicemen were dead and 172 were seriously injured, in what is still regarded as one of the most brutal attacks on Americans between the events of Pearl Harbour (7 December 1941) and the 9/11 attacks (11 September 2001); ranking in notoriety alongside the Beirut bombing (1983) and the Nairobi bombing (1998). As opposed to all of these incidents the central and enduring question with regard to the USS Liberty was whether the Israeli attack on this vessel, which was not equipped with military artillery, was a case of mistaken identity or a deliberate attack with a specific objective, or set of objectives.

During May-June 1967, in the lead up to the incident, tensions between Egypt and Israel reached fever pitch, particularly given the decision of then Egyptian President Gamal Abdel Nasser to close the Straits of Tiran to Israeli traffic. Amidst these developments the US despatched its 6th Fleet, headed by its flagship, the USS America, into the Mediterranean Sea. The USS Liberty was a part of this armada and was the prized intelligence gathering facility of the US National Security Agency (NSA). In what was still the early days of a full blown Cold War in the Middle East, the support of the Soviet Union for Egypt and Syria was not any secret, either. This was the period of US presidenct Lyndon B. Johnson, supported by Secretary of Defence Robert McNamara and Secretary of State Dean Rusk and CIA Director Richard Helms. At the height of the 6-Day Egypt-Israeli War (5th-10th June 1967) the USS Liberty, with 294 crew on board, was in the Eastern Mediterranean, off the coast of Gaza and north of the city of El Arish.

For a detailed account of how the events of 8 April 1967 unfolded, the summary offered by Pulitzer Prize-winning Journalist, John Crewdson in the Chicago Tribune of 2 October 2007 will suffice, this being based on the actual records of the US National Security Agency. Within mainstream media the documentaries by the BBC (2002), ‘Dead in the Water’ and AlJazeera (2014), ‘The Day Israel Attacked America’, served to popularise the case of the USS Liberty with a wider global audience.

The points to note in addition to the NSA account and in relation to the claim made by the Israelis that their actions resulted from a case of mistaken identity of the ship, are the following.

The USS Liberty was in international waters and did not present any provocation to the Israelis or anybody else. The attack by Israeli Mirage Jets and Torpedo Boats lasted approximately 90 minutes and comprised the co-ordinated presence of the Israeli army, navy and air force.

All of the USS Liberty’s transmitting antennas were shot up and her distress frequencies were jammed, preventing any normal signalling to the rest of the 6th Fleet to summon assistance. The USS Liberty was distinctly marked as a non-combative ship (GTR-5) with its American flag displayed. The attack jets were, however, unmarked.

The attack jets targeted the Life Rafts, rendering them non-functional. The attack by the Israelis did not abate over its 90 minutes duration, but rather intensified, despite the fact that no fire was returned by the USS Liberty. Napalm was also dropped onto the ship. After the crew did manage to scramble a radio message out reporting that they were under attack, the USS Saratoga which picked up the message despatched rescue mission jet fighters which were subsequently recalled in flight on direct instructions from Secretary of Defence Robert McNamara and President Lyndon Johnson, himself.

What was to follow the attack was far from anything resembling a credible investigation. It is now uncontroversial in most circles, outside of the official American and Israeli positions, obviously, that the Inquiry into the attack on the USS Liberty was a cover-up. The inquiry was chaired by Admiral John S. McCain Snr., the father of current Arizona Senator (R) John McCain.

The position which is held unanimously by the American servicemen who survived is that the attack on the USS Liberty by Israel was planned and deliberate and that nothing short of a full Congressional Commission of Inquiry will be required to set the record to rest; a request which has, to this day, been denied these servicemen and the families of the deceased.

The position that the attack by the Israelis was planned and deliberate was also shared by senior figures within the US Administration and the armed forces including, Dean Rusk – Secretary of State, Admiral Thomas H. Moorer – Head of NATO Forces and Chairman of the Joint Chiefs of Staff, Richard Helms who was CIA-Director at the time, and Oliver Kirby, the then NSA deputy Director for Operations, who were unanimous in their rejection of the Israeli position that the attack was a case of mistaken identity. Kirby, himself, audited the NSA transcripts of the recordings of the day and was in no doubt that the Israelis recognised the USS Liberty as an American vessel and thereafter still proceeded with the attack.

One of the most striking things about the attempt by the US Administration under President Lyndon Johnson to cover up the truth about the attack was the extent to which the administration had gone to silence every surviving serviceman of the USS Liberty. Orders to silence, under threat of a Court Marshall, were issued personally by Rear Admiral Isaac Kidd of the 6th Fleet, who was tasked with interviewing the servicemen. Not unlike the other two significant US Commissions of Inquiry still within living memory, The Warren Commission into the assassination of President John F. Kennedy and The 9/11 Commission, the 1967 Court of Inquiry into the USS Liberty incident systematically excluded crucial evidence offered in testimony by the crew, to arrive at an outcome predetermined by President Lyndon Johnson and Secretary of State Robert McNamara that this was a case of mistaken identity.

To align with any position which asserts that the 1967 attack on the USS Liberty was calculated and deliberate would also require that the central question on the motive of the Israelis be addressed. This gets to the core of whether this was indeed a war-inciting ‘false flag’ incident or not. The responses to the issue of motive fall into two broad categories.

Firstly, that Israel did not want any intelligence gathering on, or interceptions of, its military excursions into the Palestinian territories, Syria and the Golan Heights, as well as of its offensive against the Egyptians and how it dealt with prisoners of war. Secondly, it is plausibly asserted throughout the source material referenced, that Israel wanted America to enter the war on its side, against the block of Arab states, through blame for the attack on the USS Liberty being placed at the door of Egypt.

There was one setback to this plan, however, the USS Liberty survived and most of her crew lived to tell the story. The surviving crew members still express surprise as to how resilient the USS Liberty itself was to withstand the Israeli air and sea attack and not sink. More damning was the general view held by the surviving crew that the Israelis were intent on completely destroying the ship and killing all crew on board; an outcome which would have almost certainly drawn the US into the war.

Besides the now widely accepted fact that the 6-Day Arab-Israeli war was a turning point in US-Israel relations, the USS Liberty incident left Israel emboldened to act unilaterally with a free hand in the Middle East, knowing that it could count on the support of the US no matter what it did. The 50 years since the Israeli attack on the USS Liberty has proven this to be the case. Neither the incident of the attack on the USS Liberty, which was undoubtedly a war crime, nor the numerous subsequent excesses on the part of Israel, which remain gross violations of human rights and international treaties, were met with any formal sanction.

The Israeli apology and the US cover-up cost the Israelis $6,7 million in reparations to the families of the deceased USS Liberty servicemen and $6,0 million to the US government for the damages to the USS Liberty; an almost nothingness to pay in the broader geo-political scheme of things. In many respects, the USS Liberty incident marked the start of grand-scale unaccountability on the part of Israel for its actions, whether in pursuit of open military objectives, or its broader objective, that of the balkanisation of the Arab world. The incident of the attack on the USS Liberty by Israel, within the context of the 6-Day War of 1967, offers us a crucial basis, still, from which to understand how history continues to play out into the present conflict in the Middle East.

The following comment was made by, George Ball, the US Under Secretary of State (1967) with regard to the USS Liberty incident.

“It seemed clear to the Israelis that as American leaders did not have the courage to punish them for the blatant murder of American citizens, they would let them get away with anything.”

Present day realities such as the illegal occupation of Palestinian territories and the Golan Heights by Israel cannot be understood isolated from the case of the USS Liberty and the rediscovery of evidence in recent years, on the exact events of the incident. This saga which once again highlights the need for any project of military expansionism to be questioned, interrogated and exposed for what it may truly be. 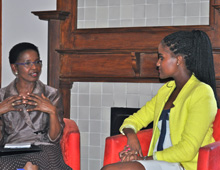 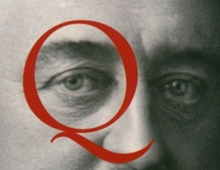 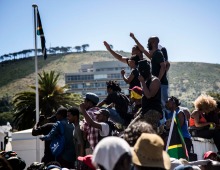