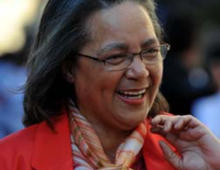 In an exclusive interview with DOUGIE OAKES last week, Cape Town Mayor Patricia De Lille opened up about the inner workings of the party that is desperately trying to get rid of her.

Patricia De Lille oozes confidence and energy as she strides into a meeting room adjacent to her office on the sixth floor of Cape Town’s City Hall.

She greets everyone warmly, including two members of the Junior City Council. Then, after ordering coffee, she’s ready to speak.

It is exactly one week before the Western Cape High Court issues its judgment on the DA’s decision to revoke her membership of the party following a radio interview in which she indicated she would resign from the party.

In an intriguing 40-minute interview, De Lille raises a range of questions about how the Democratic Alliance operates. She speaks about her fight with its Old Boys network. About how the party seems to pay only lip service to its ‘Liberal’ values. About how, in her instance, top members have made a mockery of the description of themselves as ‘Constitutionalists’. About their hypocrisy. About their lies.

De Lille, who describes herself as a “strict disciplinarian”, puts the DA through the wringers as no current member has ever done before.

And she also opens up extensively about herself. Having been in the frontline of the fight for freedom, she believes it is important for all South Africans to claim their rights. This is what she is doing, she says.

When details of the fight between her and the DA Old Boys Club first began to emerge, someone on FaceBook wrote: “They mustn’t f**ck around with Aunty Pat. They don’t know what they’re getting themselves into.”

And so it has proved.

On De Lille’s ‘D-day’ – 27 June 2018 – the High Court rules in her favour. It rules the party’s cessation of her membership invalid and illegal. And in a hugely embarrassing development for the opposition the court also points out that the DA did not follow its own constitution in its haste to remove her from both the party and as mayor.

Interestingly for a party that claims to be non-racial is the big racial divide that has opened – or to put it differently, has come into the open as a result of DA members of the City trying to get rid of her.

De Lille chuckles as she says, “Most white people think I’m guilty and most black and coloured people disagree.”

And then, moving into serious mode, she makes a telling point. “If people didn’t fight for the rights we enjoy today, they are taking these rights for granted.”

Who is she aiming a jab at?

“It’s the same people who are taking me on today who come from very privileged backgrounds – white – and who were born with a silver spoon in their mouths,” she answers. “They have a baasskap mentality. I want to show them those days are over. There are no more bosses here. We are all equal before the law. We are all equal before the Constitution. This is the lesson I want to teach those boys in the DA.”

De Lille believes that the attempts to remove her as mayor is being led by one person – the Mayco member for Safety and Security, JP Smith.

“It happened because I told him the Metro Police which reports to him is operating illegally,” she says.

“The Metro Police is not the real police. In terms of the Constitution, the Metro Police can only deal with traffic fines, enforce bylaws and devise a crime prevention strategy. They must deal with city issues. But this unit started trying to do the work of the real police. The real police investigates murder, corruption all the other types of crime. After I had stepped in, Smith addressed a 30-page letter to the party leadership, expressing his unhappiness at the restructuring of the unit. Included in the letter were things that he just made up,” she says.

And yet, during the 2016 municipal elections, De Lille says everyone worked together. Her face was on the posters. There were blue waves. And there was unity.

“The fatal mistake the DA made was to take sides,” she says. “It decided to take Smith’s side instead of saying all of us in the party are equal and subject to the party constitution. Before they gave me an opportunity to respond, they found me guilty.”

“And this is what I say to South Africans today. We need to know our rights and we need to claim those rights. Those rights will just be on paper, unless you stand up and say: I’ve got rights.”

“My struggle with the party became a human rights issue. In terms of the country’s Constitution, I am entitled to natural justice, and to protection of the common law. I can invoke all those rights. And so I could say: ‘No, you’re violating my rights. Stop!’”

De Lille also accused the DA of violating its own constitution after the party leader, Mmusi Maimane, put her on special leave in August 2017.

“I told him there is no such thing as special leave in the party’s constitution. You can’t just make up something like this. I wrote to him and asked, what do you mean by ‘special leave’? I think the DA missed a great opportunity to illustrate to the whole of South Africa and indeed the world that all DA members are equal before the party constitution, and equal before the country’s Constitution,” she says.

“No party is above the country’s Constitution. Retired Deputy Chief Justice Dikgang Moseneke, my mentor, and the person who groomed me politically said in a Constitutional Court judgment in 2012: ‘If the Constitution and the rules of a political party are breached to the prejudiced of certain members, they are entitled to a court of law for their needs.’”

“When I started fighting for my rights, people could see the DA’s hypocrisy. They could point out and say: ‘You are criticising the ANC for what it is not doing, but when it comes to your own party you are not even adhering to the Constitution of the country.’”

De Lille points out that in March, the High Court instructed the DA to hand a copy of the Steenhuisen report and Smith letters to her and her lawyers. “They have still not complied,” she says. “Isn’t that contempt of court?”

De Lille also came in for a lot of flak during the height of the water crisis in Cape Town, but in dealing with just one aspect of the matter – the argument over desalination plants offers much food for thought.

First there was a rumour that she had stopped Israeli expertise from being used, which led to a call and a request for an explanation from Maimane.

“I told him it wasn’t true. In any case, I’m not allowed to interfere in tender processes. But the water plan for desalination that was presented to me was deeply concerning. It was for the construction of 12 plants, at low outputs, at a cost of more than R5 billion. The contractors were going to sell the water to the City at between R43 and R50 a kilolitre. We currently pay national government between R5 and R12 a kilolitre.”

De Lille says she was horrified. Someone would have had to pay for it. The auditor-general would have wanted to know where the money was going to come from. It would have meant raising water tariffs by more than 200 percent. It would have been political suicide.

“I spoke with experts around the world. They told me the plan would never work – and that it had never worked anywhere else in the world,” she says and therefore stopped it.

“The contractors turned on me. It was alleged – and I don’t have any proof on this – that some of them were party funders.”

De Lille says she does not need to be the Mayor of Cape Town to serve South Africa, but whatever happens she will continue to serve this country that she loves so much – and continue to fight patriarchy. 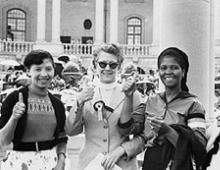 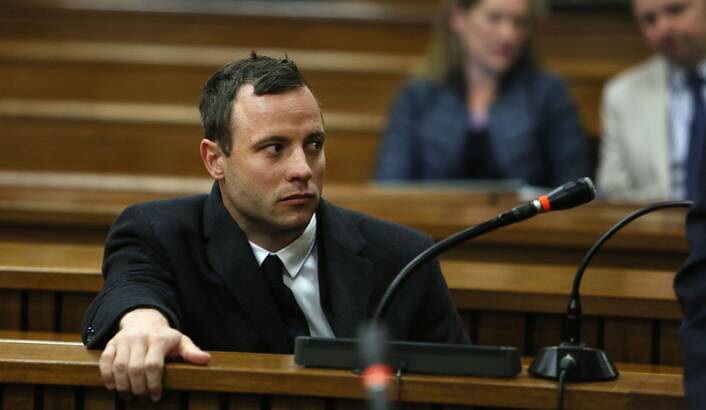 Oscar Verdict: As It Happens 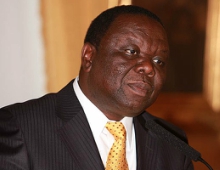 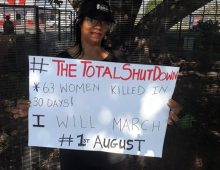