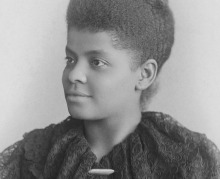 Women media pioneers in the diaspora

African journalists continentally and in the diaspora have had to deal with slavery, colonialism and civil rights issues before getting recognition as professional media players. For African women, most of whom were either forced out of the continent through generational slavery or exiled due to political volatility they have had to face further prejudices – gender inequality, inadequate education, and patriarchal professional gate keeping.

Pioneering women journalists made their entry around the late 19th and early 20th century but they have had to do more than just reporting the news. Most (if not all) had multiple careers ranging from being authors, lawyers and educators while holding down a journalism job. They were duty-bound to address challenges facing women in the media, champion women’s legal rights and advocate for women’s increased access to education and other resources. These women have had to push through designed barriers to enter this traditionally male-dominated profession. These trailblazers have worked in some challenging terrains yet have pushed boundaries and in this edition we concentrate on women in Northern America.

Mary Ann Shadd Cary became the first female African American newspaper editor in 1853 when she edited the anti-slavery newspaper The Provincial in Canada, which became an outlet for her political ideas. She wrote widely on anti-slavery causes. The next year she moved the paper to Toronto, then in 1855 to Chatham, where the largest number of escaped slaves and emigrant freemen were living. She opposed views of separatists who encouraged the black community to consider their stay in Canada as tentative. In 1858, her paper failed during an economic depression.

At the end of the Civil War, Cary earned a teaching certificate and taught in Detroit. She wrote for The National Era, Frederick Douglass’ paper, and for John Crowell’s The Advocate. She earned a law degree from Howard University, becoming the second African American woman to graduate from law school at age 60. 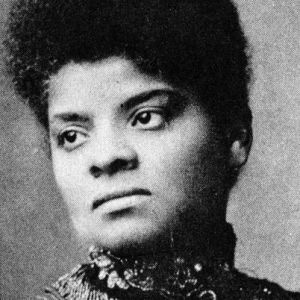 Ida B. Wells was one of the first American women to keep her last name after marriage. She was an African-American journalist and activist who led an anti-lynching crusade in the United States in the 1890s.

A daughter of slaves, Ida B. Wells was born in Holly Springs, Mississippi, on July 16, 1862. She went on to found and become integral in groups striving for African-American justice.

Angelina Weld Grimké was an African American journalist and teacher, poet and playwright, who is known as one of the writers of the Harlem Renaissance. Her aunt was Charlotte Forten Grimké and her great-aunts were Angelina Grimké Weld Sarah Grimké; she was the daughter of Archibald Grimké (second African-American to graduate from Harvard Law School) and a European American woman, who left when the opposition to their biracial marriage was too great. Her work was often published in the NAACP publication, The Crisis. 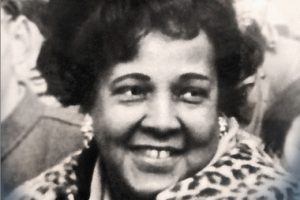 Ethel Payne was commonly known as the First Lady Of The Black Press. She wrote for The Chicago Defender, in Washington D.C in 1953 when there were no black reporters let alone black women in the area. Her persistent questions during the White House press conferences, annoyed President Eisenhower. Payne, a granddaughter of slaves, was also the first African American international correspondent at the CBS TV channel in 1972, and radio commentator. She covered key events in the civil rights movement and earned a reputation as an aggressive journalist. 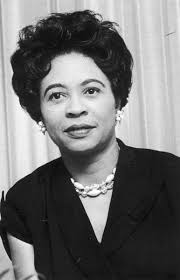 Daisy Bates was raised in Huttig, Arkansas, by adoptive parents – Orlee and Susie Smith. This former president of the NAACP Arkansas branch married L. C. Bates who was a journalist, and together they invested in a newspaper, the Arkansas State Press. In 1942, the paper reported on a local case where a black soldier, on leave from Camp Robinson, was shot by a local policeman. An advertising boycott nearly broke the paper, but a statewide circulation campaign increased the readership, and restored its financial viability.