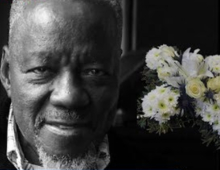 South Africa mourns iconic photographer Sam Nzima, whose 1976 uprising image of Hector Pieterson gave the world a glimpse into the draconian laws of the racist state. Decades later, we celebrate his life and art.

Masana Sam Nzima is worthy of all accolades accorded to him. He relentlessly used the might of his lens as a weapon to record the history of the disadvantaged black masses of South Africa. Nzima’s body of work is an encyclopedia of activism committed to social justice.

Nzima was born on August 8, 1934 in Lillydale, on a farm where his father worked in the small village of Bushbuck Ridge, Mpumalanga. He refused to be defined by his circumstances, while attending school he was inspired by his teacher to venture into photography. “I was inspired by our teacher, Ben Mhlongo. He came with a Kodak box camera and started taking pictures at our school. I couldn’t believe it,” Nzima once reminisced during an interview with Azania Mosaka in 2016. After his fascination with photography begun he pursued it relentlessly and invested in a Kodak Box brownie which he used during school holidays and took portraits of people for a small fee.

Behind the lens: Nzima’s photojournalism years

Like many African pioneers in the media space Nzima had to do multiple jobs while nurturing his love for writing and photography. He was forced to work on the farm after completing Standard 6 (Grade 8) as the apartheid system ensured that farm workers produced generations of labourers for white farmers.

But he was more ambitious than being relegated to a labourer, and photography remained his first love. After a few months of manual labour on the farm Nzima ran away to Johannesburg in search of greener pastures. He started out as a gardener in Heiningham while he continued his studies via correspondence. After completing school in 1956 he waited tables at the Savoy Hotel, a place where he met and befriended a colleague by the name of Patrick Rikotso, an avid photographer who generously shared his knowledge. Nzima benefited greatly from this friendship and would often leave work to take portraits of domestic workers to whom he would sell them.

He later left Savoy for the Chelsea Hotel in Hillbrow where he was appointed as a switchboard operator. It was here where he spent eight years buying and reading the Rand Daily Mail, being inspired by Allister Sparks’ style of writing. Once he decided that he wanted to write and take pictures for life, he left for Bushbuck Ridge.

His photojournalism career kicked off when his first story and photos on a bus owner was published in The World as a feature and in 1968 he was hired full time at the paper. Even though he could write, he chose to stick to photography.

Nzima had been in the game for decades when he was assigned to cover the 1976 Soweto Uprisings and this gave him an opportunity to capture the iconic photograph of Mbuyisa Makhubu carrying Hector Pieterson’s body. He says of the photograph, “I saw a child fall down. Under a shower of bullets I rushed forward and went for the picture. It had been a peaceful march, the children were told to disperse, they started singing Nkosi Sikelele. The police were ordered to shoot.”

A celebration of life

Various memorial services were held around the country to celebrate Nzima’s life, one was at the Tiso Blackstar Group in Parktown, Johannesburg while another was in Lillydale, Mpumalanga.

Speaking in Parktown, Pearl Luthuli, former publisher, said Sam was a very dedicated person. “He was the first to get that picture and he did not wait, after they took Hector Peterson to the doctor, between himself and writer Sophie Tema, they rushed off to file”.

Another veteran photographer of the era, Peter Magubane said those were trying times when they were fighting the police and even had some tricks up their sleeves on how to get that image. He said they would hide cameras in a loaf of bread or under overalls.

“He would come to our school and give us a political lecture and draw a picture of what the youth of 1976 looked or felt like,” said lawyer and ANC NEC member Ronald Lamola.

“It is a pity that this iconic photographer was boldly celebrated overseas and not in his birth country, being South Africa, for exposing the apartheid tension that had filled our land back then,” Mthethwa said.

Somadoda Fikeni from the University of South Africa (Unisa), described the 83-year-old as a ‘war journalist’.

“He is the kind of flame that will not be extinguished, even by the gale force winds of a society that often forgets,” said Fikeni.

Deputy President David Mabuza gave the eulogy at Nzima’s burial on 26 May, 2018. He recalled the famous photo of Hector Pieterson, a moment that was “frozen in eternity by a camera of a photojournalist whose mortal remains lie in front of us today. On 16 June 1976, the extent of inhumanness and brutality of apartheid was laid bare, with the photo that immortalised an 18-year-old Mbuyisa Makhubu carrying a lifeless body of a young Hector Peterson.”

While the photo was celebrated, for Nzima it was the beginning of being relentlessly targeted by the state police as a troublemaker. After the iconic image was published by The World, Nzima was put under house arrest for 19 months in Lilydale, Mpumalanga.

Once he caught wind of being hunted by the apartheid police, Nzima returned to his home in Lillydale, and never returned to Johannesburg. In 1978, The World newspaper was banned.

A year later he was appointed by Chief Minister Hudson Ntsanwisi to become a member of the legislative assembly in the homeland of Gazankulu in apartheid South Africa’s Bantustan. He also served on the Bushbuck Ridge municipal council and the council of Bohlabela District in the new dispensation, post 1994.

Nzima was also passionate about passing on his skills and had opened a school of photography in Mpumalanga. His son, Thulani Nzima, said, “My father was a fighter. Our family will fulfil his dream of having a library to showcase his life’s work.” 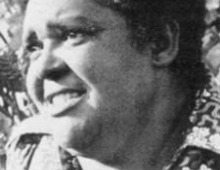 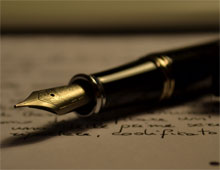 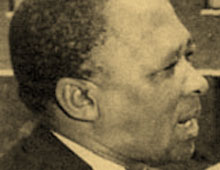 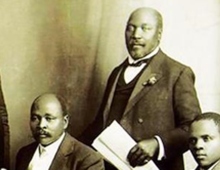