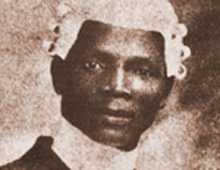 He was an advocate, a newspaper man and intellectual and described by his contemporaries as a born leader of men. This week The Journalist gives some insight into the life of pioneer Alfred Mangena.

Alfred Mangena made a list of 20th century pioneers, in the same league as Allan Kirkland Soga, Thomas Mapikela, Walter Rubusana, John Tengo Jabavu and many more, who chartered the way to our democracy.

He had political and legal smarts and many have described him as an intellectual who created the historical content of the New African Movement. Mangena had received little formal education until he moved to Cape Town and eventually completed his matriculation in Great Britain. There he studied law at Lincoln’s Inn in London in 1906, the year that Bambatha Rebellion broke out in Natal.

The Rebellion raised his political awareness and he represented Bambatha’s men who were facing a legal battle by submitting two petitions to the British authorities (Pzacad.Pitzer).

In 1913, Alfred Mangena and Sefako Mapogo Makgatho – who became the President of the SANNC in 1917 – teamed up and formed a newspaper called African Native Advocate which was later called Native Advocate. Allan Kirkland Soga became its editor after moving to the Transvaal where the newspaper was based. It lasted for less than a year due to the lack of funding. It proves difficult to find any copy of this publication (Pzacad.Pitzer). The Native Advocate was published on a weekly basis and in English and African languages (Switzer, 1997:26-27, 30).

As the founder of Ilanga lase Natal John Langalibalele Dube commended Mangena’s bravery for challenging the repression of the Bambatha Rebellion while both Mangena and Pixley ka Isaka Seme were studying in London in 1908. He commissioned Pixley ka Isaka Seme to write a full biography that would profile Mangena’s intellectual prowess. Seme wrote:

“It has not yet happened in history that Zulus have had an occasion to celebrate a hero like mine. In saying this I am not denying the fact that the Africa race too has sent stars to the galaxy of heaven. Yes, indeed one casual glance into the records of history reveals the fact that genius is like a spark which concealed in the bosom of a flint bursts forth at the summoning strokes and that it may arise anywhere and in any race. We can count among those of pure African blood men great in wisdom and profound learning; those whom ages call ‘The wise’, professors of eminent distinction in great universities, kings of independent nations which have burst their way to liberty by their own vigour.”

Alfred Mangena passed away in 1924 in the Eastern Cape, it was however two decades later that Anton Lembede and Pixley ka Isaka Seme and DDT Jabavu would write obituaries about him in separate articles. One in  Imvo Zabantsundu by Jabavu, and another in Ilanga lase Natal by Lembede and Seme. The articles would express similar sentiments about Mangena in isiXhosa and English respectively. (“Umfi Adv. Alfred Mangena”, Imvo Zabantsundu, September 30, 1924):

“We never thought he would be cut down so early in life. However short his work may have been, he certainly delivered to South Africa a high and new message for the budding Native life and inspiration. He determined once and for all the idea that the Natives of this country were destined for ever to be hewers of wood and carriers of water. Advocate Mangena was born leader of men. He was a man of great courage and who nourished a greater love for his country, for which he felt that no sacrifice would ever be too great. I mourn his sudden death, and I am sure that the heart of all his people is deeply wounded by this blow. May his soul rest in peace as surely as his name takes its just place in final history.”

As a leading lawyer

In paying homage to Alfred Mangena thirty seven years after his death, Professor ZK Matthews wrote, on 3 June-21 November 1961 in his Our Heritage Series:

“One of the difficulties confronting educated Africans in South Africa is that of a choice of career. When a white young man is considering his life’s work, he has the whole wide world to choose from for a career. He can enter any profession he wishes as long as he has the ability to acquire the necessary qualifications. Not so with the African young man. The choice before him is very limited. For many a long year such a young man had only two choices open to him, either to preach or to teach – to enter the teaching profession or the ministry of the Church. These are noble professions but goodness knows not every African has neither the inclination nor the necessary ability… For that reason great credit must be given to those who have broken away from the easy road and have decided to blaze a new trail, to break new ground, to start on entirely new careers not previously entered by their fellow Africans. One of the men to whom such honour must go is Advocate Alfred Mangena. . . Today, when the number of Africans in the legal profession is steadily increasing, it is well for us to do honour to the man who led the way.”

This was inspired by the obituary written titled: “A Tribute to the Late Alfred Mangena: Written to A. Mangena’s Widow and at Her Request Thus Published”, Ilanga lase Natal, November 28, 1924.

Throughout his life Mangena became a publisher of a political journal, The Native, and the second African to practise law in South Africa. He did not wait to be a professional lawyer to fight the injustices his fellow countrymen faced during the Bambatha Rebellion.

He understood journalism as a platform to use to inform and educate African people. Hence he established The Native. For a man to be honoured by the likes of Pixley ka Isaka Seme, Professor ZK Matthews, D.D.T. Jabavu and to work closely with AK Soga shows impact of his contribution. Mangena was born in 1879 in Escourt in Natal and died in 1924 in Umtata.