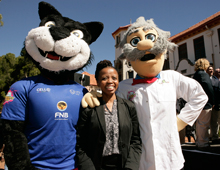 UFS students gathered at Red Square last Friday to celebrate the successes of the university’s sportsmen and women.

The tennis team has won the cup eight years in a row, netball enjoyed their second consecutive success and Shimlas won the cup with an unbeaten run.

Vice-rector Prof Jonathan Jansen joined the throngs of students in the hour-long event.

The Kovsie celebration was marked by a few speeches, some refreshments and lots of cheering. Most had come to show their appreciation for the sporting prowess of their fellow students. But there were some, a sizeable number who were clearly more interested in the muscle and good looks of the rugger guys or and the stunning athleticism of the netball girls.

”I was on my way to the student centre than I saw people so I stopped. It’s a very nice thing and the women are looking good,” said Pukeng Setai Honours Anthropology student.

“I’ve been in the Shimlas team for three years now and every year people believe in us in the beginning and after a while they lose hope in us,” stated Vuyani Maqina. He said this year they had to encourage each other to “play the stadium full”.

“I would like to thank all of you for coming to the stadium this weekend, we did it for all of you,” he added.
Tennis player Duke Monroe thanked the top management for organising the event, but was only able to do so after sustained applause and cheering, especially from the ladies.

“This was a very fantastic day to give praise to the Shimla’s rugby team and other teams, it was a good thing,” stated Eric Muloko Honours Labour Law student.

The celebrations ended with all three teams releasing balloons from the side of the main building. Students cheered as the balloons floated into the sky.

The university gave out free hotdogs and juices as a thank you gesture to all students who attended the event in the scorching sun. 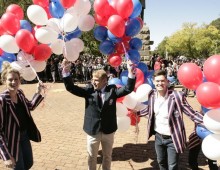 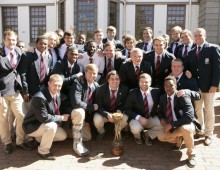 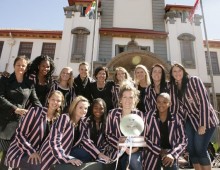 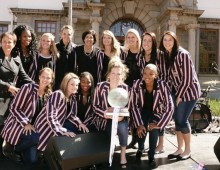 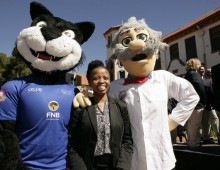 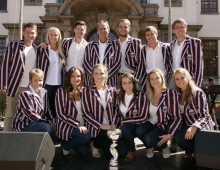 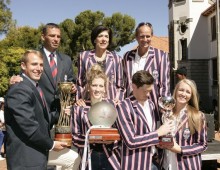 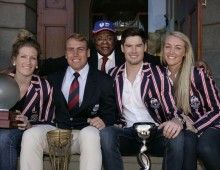 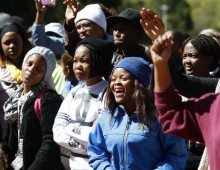 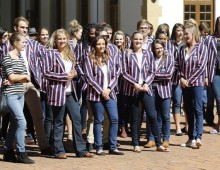 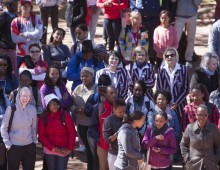 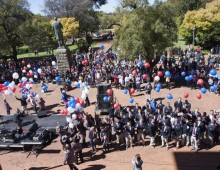 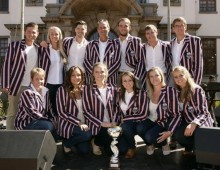