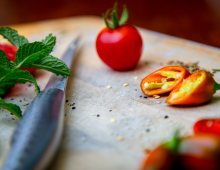 Recently, the first “Climate Dish”, elaborated by The Climate Diet a global sustainable food initiative, was cooked by Lapo Magni, the 2013 winner of Masterchef Italy.

Stepping into the world of the Italian chef, Lapo Magni, on a Thursday morning feels like arriving on an island after it has been wiped out by a storm. The dynamism of the night before is still palpable and yet, the smooth ray of light caressing the long tables brings to the atmosphere a divine air. The kitchen is immaculate, the wine glasses are back into their cupboards, there are no apparent leftovers, because the food was so delicious. Everything looks settled, yet the energy is still present, electric – as if the thunders were only beginning to leave. It is only when Lapo Magni emerges from the top of the stairs and shouts through the room “Ciao Clem”, opens his arms wide and climbs down with heavy steps that I understand where that liveliness comes from.

Born and bred in Florence, the dynamic food lover learned everything from his “mama” – from the techniques to the trademark of the Italian cuisine. In 2013, Magni won the equivalent of Masterchef in Italy and, instead of “milking it a little more”, as he says, he decided to come to Cape Town in order to learn English. What was supposed to be nine months becomes nine years, as Lapo found his path in the mother city and built himself a certain reputation. Through dinners, events and cooking classes, he shares his passion for his Italian heritage mixed with his love for sustainable cuisine. His dishes promote sustainable farmers, small local producers, and traditional production.

“Ethical cuisine is always at the back of my mind. I create the food, the experience and the ambience that my customers are moved and feel comforted by. This way, they are open to receive the information I share with them. They need to feel that it is easy to be sustainable”, Magni says with his thick Italian accent.

Education is a term that has always resonated in the mind of Magni. In a world where consumers are constantly victim of the food industry agenda and even retailers don’t know the source or the contents of their own products, he believes that people should inform themselves as much as possible through extensive research that look at the long-term effects. Lapo wants his customer to understand that they need to rely on cautious people in this industry. Stirring the air with his arms, the chef shares with me his discontentment, “There are so many self-proclaimed doctors, that read articles affecting them emotionally, and who are clever enough to create a community who believes just like them that, for example, gluten is dangerous for their health.” In this kind of situation, Magni wants to be able to raise the awareness of those people: gluten is not “unhealthy”, it is the way agribusinesses process it that makes it so unnatural he says.

And yet, while chatting to Magni, we both agree that “sustainability” is a term predominantly used by the elite. It’s worth keeping in mind that many of those who are affected by the environmental consequences of transnational food companies are the working class. In short, we could all benefit from a more sustainable food system. Unfortunately, it seems like transnational corporations are little by little taking over by the world and sustainability is not at the top of their lists.

Magni stands up and fetches a recipient standing next to me. “That is my future plan”, he says with a proud smile. The man has been undertaking a project with his “mama” that aims to build a “bridge” between the elite community and the less fortunate. He has a produce manager, a German lady who is doing her PHD in urban agriculture but is also busy gathering products from small organic farms in the townships. Besides, he has the recipes and the workforce to create delicious products that will be sold to his customers and, hopefully later, to bigger consumer bases.

He places emphasis on sustainability, support for local producers and small-scale farming in rural and urban areas. South Africa has grown on him, and he believes that the farming and food industry is a fantastic opportunity for job creation.

This is the reason Magni has enthusiastically decided to participate in the project The Climate Diet, a global sustainable food initiative launched by the company Soapbox South Africa. Their goal is to create tasty dishes that battle the effects of climate change and create awareness about the impact of food on the environment. They present climate dishes that are affordable and easy to recreate at home. In the long-term, they would like to enable everyone to have access to the recipes, but also to the products that are used.

Since the Western Cape is experiencing a major drought, the project has teamed up with Magni, in order to cook the traditional “Lamb Bunny Chow” in a sustainable way. Although Capetonians have managed to reduce their water consumption dramatically over the past year, food choices still have a major impact on the climate.

“One portion of the traditional Bunny Chow uses up to 10 235 litres of water in production”, explains Ruben Hazelzet, creative director of the Soapbox.

While I finish sipping the delicious cappuccino – with almond milk made by Magni, I imagine the tables filled with eager ears and hungry stomachs. He is going to host the first ever climate dish in his restaurant, where the local recipe is going to be revisited. His version is going to be made with a vegetarian curry that reduces the water impact by 50% and minimizes its carbon footprint. It is with passion that the chef explains how a toasted and nice wholesome bread filled up with the curry can make the difference.

“It is a cheap and high in calorie meal that will strike people’s mind,” he says.

Magni and Hazelzet are “very good mates”, as the Italian chef says, for they are two futuristic individuals who share the same passion for raising awareness. They believe education is the key to change people’s mindsets and habits and that a collective effort will allow even the poorest to benefit from hearty and sustainable goods. 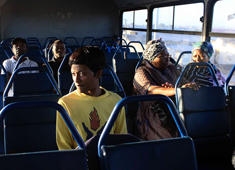 A firefighter’s long journey to work 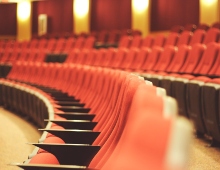 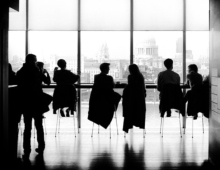 Investigative journalism in a dystopian present 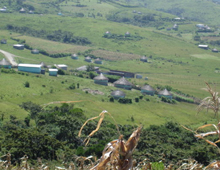