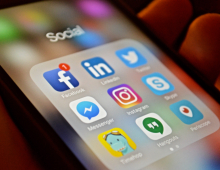 #DepressionIsReal is not only for the privileged

The death of hip-hop pioneer HHP last week pushed mental health into the spotlight, raising the question: do we only care about mental health when a celebrity takes their life?

This past week South Africa lost one of its hip-hop pioneers, Jabulani Tsambo, affectionately known as HHP to his fans. He had been battling with depression prior to his death. It is suspected that the star took his own life. The family is reported to be awaiting the results of an autopsy.

After the news of his passing broke, the tributes poured in coupled with a lot of messages attesting to depression and how real it is. This sparked one of the biggest conversations amongst South Africans on social media.

Twenty-three people take their lives every day in South Africa. The nation, however, cries for a life lost to suicide only when it is an influential person. Mental health awareness is centred only on depression when a celebrity has taken their lives or acted out in public. Society is very selective on when and how to react to depression and the pressures faced by people who live with mental health illnesses.

Some survivors on social media also questioned the sudden expression that “depression is real”. This given how they are ignored or even called attention seekers by close family and friends when they make their battles against mental illnesses known.

When Tsambo came out to the public that he is struggling with depression, the support wasn’t so unanimous or even on a large scale. There were some people who event went to the extent to make some jokes about it on social media.

Our nation’s biggest problem is to reduce mental health to depression and anxiety. We shy away from other existing mental illnesses. As much as “depression is real”, so is bipolar, borderline personality disorder, psychosis, schizophrenia and many others. The greatest misconception about the topic surrounding mental health is that when the mentally ill attempt suicide, it is a cry for help. People suffering from mental health disorders will become suicidal only if their earlier, actual cries for help were not noticed, recognised and acknowledged.

#DepressionIsReal needs to stop because it only surfaces when someone who holds influential power and some form of privilege is affected. The hashtag overshadows the fact that more 17 million people in our country are dealing with depression, substance abuse, anxiety, bipolar disorder and schizophrenia. Schizophrenia is one of the deadliest disorders with the highest mortality rate with up to 50% of patients attempting suicide during the course of their illness.

It is disturbing how all are willing to help when a life is lost. We fight depressive episodes every day, anxiety attacks, manic episodes, flashbacks from rape incidents and we fight suicidal thoughts every day. We fight the urge to harm ourselves every day. Only when we do not have any more fights left in us, and only when the world values your privileged existence, only then is the world willing to help. It is as if the world is telling us that “you do not matter when you are dead; you matter when you are privileged.”

Women are under siege in South Africa

#DepressionIsReal is not only for the privileged