Jonathan Jansen in the eyes of Volksblad readers 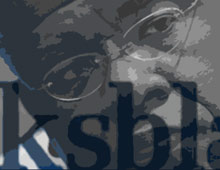 [intro]John Matisonn, author of God, Spies and Lies speaks back to Die Volksblad in the context of Prof Jonathan Jansen’s recent book, Leading for change: race, intimacy and leadership on divided university campuses. The Rector and Vice Chancellor of the University of the Free State deals with South African leadership, the state of education and the racism embedded in the letter pages of Die Volksblad.[/intro]

What is the responsibility of a South African newspaper in 2016 in a town with a long tradition of apartheid-era racism?

One chapter in his latest book, ‘Leading for change: race, intimacy and leadership on divided university campuses,’ provides a window into the problem Jonathan Jansen faces every day. It comes through the letters pages of Die Volksblad, the sole newspaper in Bloemfontein, where he heads its sole university. The University of the Free State (UFS), under its previous name, was the home of former President P W Botha (he dropped out early), and proudly houses the most complete archive of the apartheid-era National Party.

Die Volksblad’s letters page is wide open to disaffected, white racists. If a black official does something they don’t like, words like “barbarism” are used freely; people from the black “culture” cannot control themselves. The prejudices of the letter-writers offer no mystery.

Jansen, perhaps South Africa’s most admired educationist, has built a reputation by painstakingly pursuing his clear moral compass. He did this as dean of education at the University of Pretoria, then risking his career to run a set of schools to provide a model of success, and now as vice chancellor at the UFS. In his spare time, he writes a weekly newspaper column and numerous books.

He accepted one of the hardest jobs in the country where little industry and a declining mining sector keep it out of touch with the massive transformation the country is trying to achieve.

When Jansen writes critically about education or corruption, he is a hero in Die Volksblad. But as soon as he turns his attention to racism, he is transformed into the chief villain. The university used to have “standards”, to appoint on merit, but now Jansen is vice-chancellor because he is black! The Afrikaner Broederbond’s interference in merit appointments, the exclusion of all who were not white, are all excised from the conversation. Jansen, one writer asserts, was appointed by the ANC to destroy everything. That Jansen attacks ANC failings vigorously is invisible to these critics. The myopia is staggering.

Jansen took over a university without a single A-graded scientist. On any independent analysis, it was no more than mediocre. As a result of Jansen’s high octane efforts and reputation, world class academics now contribute at UFS. Academia is becoming more interesting. Standards are rising.

But these letter writers in Bloemfontein seem clueless about how blessed they are.

Many letters reveal the fear driving them. A favourite phrase is “losing everything”. “Everything has changed”. Everything? White Afrikaners still dominate the best jobs, best suburbs, best infrastructure in the Free State. Many attend the same university, schools and churches they always did. Some have lost out, but that’s not “everything”.

The responsibility of journalists’ in a one newspaper, one university town is high.

Media does provide a safety valve for consumers, including disaffected white racists. But can there be a place for overt racism in the new South Africa? Will a backlash not be inevitable? Running sheer ignorant prejudice does not fit citizens for society. The highest standards of journalism require a passion for the truth. I can think of no better example of where the truth can set readers free, bringing the facts – and context — to an isolated community.

Jansen’s successor is unlikely to be as good. He sets such a high standard. When Jansen retires, you can bet the letter-writers will say: how come we couldn’t get someone like Jansen? Just as they forget now how things really were before. But then it will be too late.

Die Volksblad should grab the opportunity to rise to the occasion afforded by a superstar in their midst, committed to improving the chances for students in their small town. 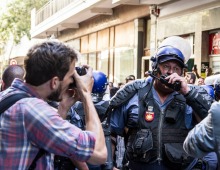 The lifeblood of the political beat 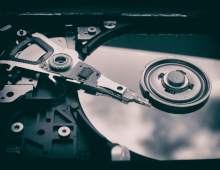 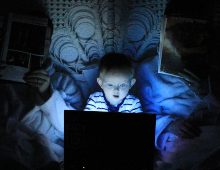 The internet has no firewall for patriarchy 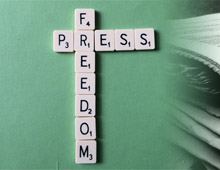