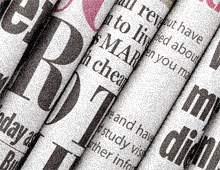 The African Union is calling for documentary films with the theme “Women’s Empowerment and Development Towards Agenda 2063”. Any project or programmes that fall in line with the AU vision “Agenda 2063, my Agenda- The Africa we want”.

The African Union is the continent’s unique pan African body. Its vision is to achieve “an integrated, prosperous and peaceful Africa, an Africa driven and managed by its own citizens and representing a dynamic force in the international arena. Its headquarters are located in Addis Ababa, capital city of Ethiopia.

In order to achieve the vision of the AU, the African Union Commission has crafted its 2014-2017 strategic plan. One of the key pillars of that plan is to: Build a people-centred Union through active communication of the programmes of the African Union, the branding of the Union and participation of all stakeholders in defining and implementing the African agenda.

In line with this goal, the Commission’s Directorate of Information and Communication crafted a four year communication strategy which highlighted in part, the need to “reach out more effectively and aggressively to the ordinary citizens of Africa, by deepening their understanding of the role of the AU; what it stands for today and some of the strategic investments it is pursuing as a foundation for the improvement of the quality of life in Africa”.

Africa’s media have a critical role to play in achieving this goal and thereby enable citizens to participate in defining and implementing the African agenda in order to achieve the continental vision. It may be recalled that the AUC has been engaged in various programmes to build African media capacity through initiatives such as the AUC FES media training programme. While these programmes are ongoing, the Commission, through its Directorate of Information and Communication, has seen it fit to introduce the next level after training, i.e. implementation.

The programme, titled African Union Video Documentary Media Awards, seeks to work with the media to reach all corners of the African continent with news and views about African development issues. Topics will be based on the current theme of the African Union Summits of Heads of State and Government. As such, the awards will directly promote the annual priorities as defined by the supreme decision making organ on the continent i.e. the Assembly of Heads of State and Government. The awards are unique in this respect.

Broad Rules of the competition

The languages to be used shall be those of the African Union i.e. English, French, Portuguese and Arabic. (Documentaries with subtitles in another language would be an additional value for consideration)

Entrants will provide one video documentary for the competition but must provide at least four other documentaries they have produced on any major AU project or programmes.

The topic for this inaugural competition of the AU Video Documentary Media Awards will be “Women’s Empowerment and Development Towards Agenda 2063”, as well as any major project and programmes of the AUC in line with the vision “Agenda 2063, my Agenda”, “The Africa we want”

Entries for the competition opened on September 20 2015 and will close at midnight Addis Ababa time on October 31.
Winners will be informed before the end of November 2015.

Interested journalists are invited to compile their entry for the competition as well as the four other short video productions on AU programmes and projects, and make all the preparations as outlined above, for presentation of their entries.

In our language, to understand means to feel - Konstantin Stanislavsky