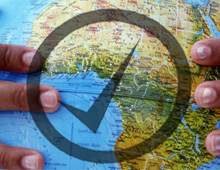 If you are a reporter for an Africa-based media organisation and you have exposed a misleading or incorrect claim from a public figure or institution you could be in line for an award.

The African Fact-Checking Awards are in their second year — the only awards that honour journalism by media based in Africa that exposes misleading claims made by public figures and institutions.

The winners of the awards will be announced at a ceremony to be held in Africa in November.

Africa Check promotes accuracy in public debate and the media. They test claims made by public figures around the continent using journalistic skills and evidence drawn from the latest online tools, readers, public sources and experts, sorting out fact from fiction. The organisation then publishes the findings on their site.

Devised by the AFP Foundation, the non-profit media development arm of the international news agency AFP, Africa Check was founded in June 2012 and it is run in a partnership with the journalism department of the University of the Witwatersrand, in Johannesburg.

The organisers of this award are Africa Check and the AFP Foundation, the media training arm of the Paris-based AFP agency.

The awards are operated in partnership with the African Media Initiative, the largest media industry body on the continent. Funding for the prizes has come from the AFP Foundation, the Shuttleworth Foundation and Africa Check.
To be eligible, the entries must be original pieces of fact-checking journalism first published or broadcast between 1 September 2014 and 31 August 2015, by a media house based in Africa.

The work may be published in print or online, broadcast on the radio or television or published in a blog.
The work may have been published or broadcast in any language but, to be eligible for the competition, an accurate translation into either French or English must be made available to the judges. 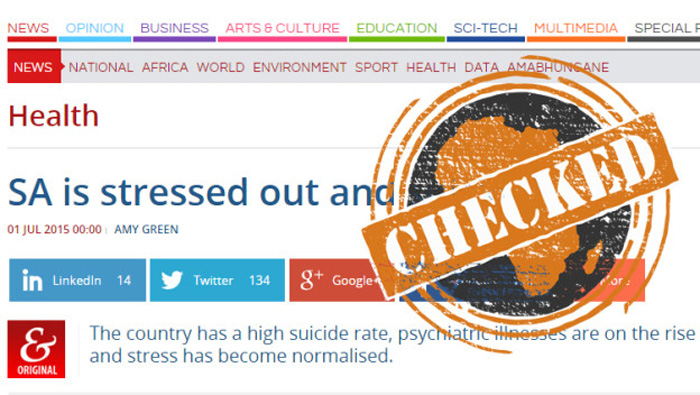 A six-member jury of eminent journalists from Europe and Africa will adjudicate the entries. All entries sent into the competition before midnight on 31 August 2015 will be sifted to produce a short-list to go to the judges. The entries for the competition will all be judged on the following criteria.

1.The significance for wider society of the claim investigated
2.How the claim was tested against the available evidence
3.How well the piece presented the evidence for and against the claim
4.The impact that the publication had on public debate on the topic

For more information go to the Africa Check website.