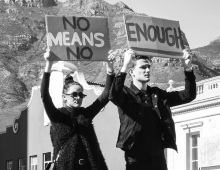 South Africa is in turmoil. The inequality rate is so visible, we do not need statistics or fancy figures and reference from prominent researchers to verify this. It is visible on the streets, it is evident in our speech, and it is there in everyday life. For me, it is a slap in the face.

When you hit a child every time they do something wrong, you are teaching them that it is okay to solve their problems with violence. Parents are physically and psychologically stronger than children. So, when an older person attempts to teach children “good” behaviour by using their power, they are teaching them that “might makes right”.

Should the parent act surprised, then, when the child grows up to be an abusive husband? Don’t get me wrong, this is not me trying to pin gender-based violence on our parents, or even xenophobia, for that matter. I’m trying to figure out the root of the arrogance that comes with feeling entitled to take another person’s dignity and even their life. Hear me out as I try to explain how I link this to what is currently happening in South Africa.

South Africa is in turmoil. The inequality rate is so visible, we do not need statistics or fancy figures and reference from prominent researchers to verify this. It is visible on the streets, it is evident in our speech, and it is there in everyday life. For me, it is a slap in the face, twice a day.

When I drive from Khayelitsha to Muizenberg every morning to get to work and when I drive back home from work in the evening, my daily commute it is a bewildering amalgamation of colour divide, class segregation, privilege and disadvantage. On top of this, we have the the psychological violence that comes with the rise in unemployment and little support for aspiring entrepreneurs. Combine this, with the history of apartheid in South Africa. This is very recent history, by the way. A democracy of 25 years is hardly matured.

Coming from a violent past to our hostile present, we are tired and frustrated. Being excluded from the economy, the previously disadvantaged population is forced to find means to survive.

Some migrate to look for greener pastures, some start informal businesses and others resort to crime. Everyone is trying to survive. This is my attempt to explain that maybe this is not xenophobia but a fight for resources. If you consider the areas where these xenophobic attacks are happening, you may notice one similarity they are crowded, filled with unemployed people and informal businesses.

On the other hand we’re also seeing unacceptably high rates of femicide. I spent most of last night trying to find an explanation that does not excuse the behaviour of these perpetrators. I have none. However, I will comment on what happens after the crime has been committed, after the young woman has been killed and the perpetrator has been found. Mob justice. We encourage our brothers, fathers, husbands, partners and friends and we unleash hell on the perpetrator. We burn them alive, we stab them, we cut off their genitals and we pat each other on the backs. Now, South Africa is satisfied, and we are all in agreement that that is justified violence. We all understand that the best way to deal with anything that is bothering us, is with violence.

Why are we surprised, then, when the same men go on and loot a neighbour’s shop? They are sitting at home, longing to have what the shop owner has. With the understanding that he can get whatever he wants with violence, he goes and burns down the shop. When a woman rejects him on the street, he doesn’t understand why, and so he takes her by force.

This is, in my opinion, the exact same violence manifesting in different forms. The South African man is feeling oppressed, and he is too much of a coward to confront the oppressor. So he takes it out on those he does not fear. He takes it out on the ones he considers “beneath” him.

It is a vicious cycle. It is a violent cycle. And violence begets violence. 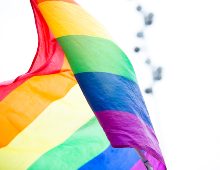 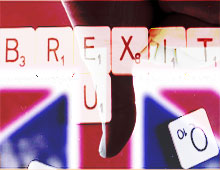 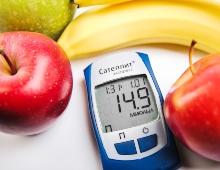 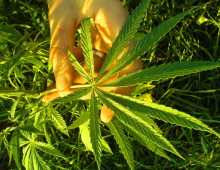