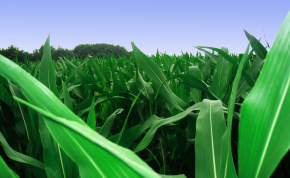 Woolworths has announced that it intends to cut back genetically modified or GMO products by 50 percent but food activists are sceptical.

The chain store says they will shift from selling food with 5.7 percent to 2.7 percent GM content by July 2015. But they have declined to provide The Journalist with a list so that we can keep tabs on this promised rollout.

“Many of our customers have told us that they would prefer not to buy products that may contain ingredients from GM crop sources, and we respect their wishes,” said Woolworths Managing Director for Foods Zyda Ryland.

But a representative of the watchdog group, the African Centre for Biosafety (ACB) says the announcement is not good news.

“We were delighted when in 1999 Woolworths publicly committed to eliminate genetically modified ingredients wherever possible and to work hand-in-hand with suppliers to do so. We had applauded their stand hoping that they would lead other retail stores to do the same. We were hugely taken aback to find five years later, 79% GM maize in Woolworths Super Maize meal and 86% GM soya in the soya flour used in Woolworths White Bread. More disappointing was the misuse of the ‘May be Genetically Modified label in clear violation of their stated policy to label products containing GM ingredients where these product could not be removed,” said Haidee Swanby, Researcher at the ACB.

A quick check on the internet identified the report published in the Cape Times and Mercury in December, 1999. The Woolworths senior executive in charge of the food division, Jonathan Herbert, announced at the time that the company would remove all GM foods from its shelves by June 2000. He said if it proved that there were no alternatives to using GMO food in certain products, these would all carry labels informing the customer that it contained GMO organisms.

This announcement came a week after US activists filed a lawsuit accusing the biggest GMO industry players of running a cartel and selling potentially dangerous goods.

“That Woolworths is now promising to halve the number of products that contains ingredients derived from genetically modified organisms certainly seems like a step back. Retailers like Woolworths have the buying power to demand non-GM ingredients and shift the status quo significantly.

“Monsanto dominates the GM seed market in South Africa, whose patents require farmers to pay a license fee for the technology and restricts them from saving or sharing seed. The licensing agreement also requires farmers to use the glyphosate herbicide called Roundup. The body of evidence against glyphosate is building up, raising more concerns about the ubiquitous adoption of GM crops,” said the ACB NGOs Swanby.

The Journalist posed several questions to the Woolworths bosses and told them that the current statement differs only marginally from the one issued in 1999. Some would argue it was retrogressive.

“We announced our intention to avoid or label GMO products in 1999. Government support for GM crops in South Africa and its international proliferation in the agricultural sector has made it very difficult to source non GMO crops at affordable prices for our customers (86.6% of maize and 92% of soya are genetically modified in South Africa). Due to this difficulty, the number of GMO products increased to 5.3% of Woolworths foods. We are in the process of conducting extensive research to find affordable alternatives. We can currently commit to a 50% reduction of products containing GM ingredients over the next year,” wrote Neeran Naidoo, the Corporate Communication Manager for Woolworths Marketing. 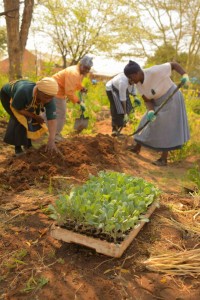 We also challenged the food and clothing retailer about their dubious labelling of these products. Naidoo stated:

“We indicate the presence of ingredients from GM crop sources no matter how small the percentage – even if there are no traces of GM DNA. If we cannot guarantee that ingredients were not derived from a GM crop, we label the product as “May be Genetically Modified (GM)”. We use this statement if the origin of the crop is from an area where GM versions of the particular crop are cultivated. We state ‘may be’ as no crop is 100 % genetically modified, and therefore stating that it is, would be inaccurate. We appreciate that it may be confusing and we are in the process of reviewing the statement.”

There was cold comfort for the retail chain’s customers when we asked them for a list of products that currently contained 5.7% GM content and that would be reduced to half by next year.

The Woolworths stand affects mainly middle class consumers. Millions of poorer South Africans whose staple is maize, will not benefit. The government will have to be prepared to take on multinationals and change policy on GM if the poor is to benefit.

South Africa is the only country that has allowed GM to contaminate its staple foods. Currently 86 percent of white maize in the country is GM.

As the debate around Genetically Modified (GM) food hots up, activists are preparing for a gathering that will address food sovereignty and corporate control of our food system to be held in Johannesburg in November. They insist that people have the right to choose what they eat and have a say in our food systems.

About 20 000 farmers are expected to arrive in Bredasdorp outside Cape Town to participate in the Agri Mega Week that will focus on effective agricultural business. The gathering takes place this week and is themed: The year of Agriculture and Food Security in Africa.
Grain South Africa will also host a debate this week on the future of the wheat, barley and canola industries. 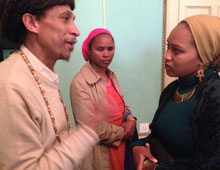 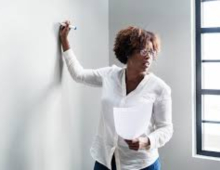 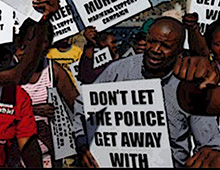 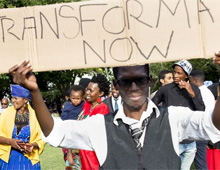 You can’t compete by only hiring from your own backyard