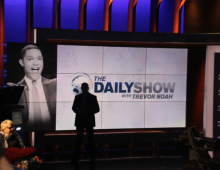 We’re all too complicated to be pushed into corners, described as any one thing. The problems we collectively face are too hard to be solved by any one “side,” to come from any one frame. Yet polarization turns opposite perspectives into heresy, never useful insights.

I could hardly believe what I was hearing: Trevor Noah teaching his “Daily Show” audience quantum mechanics?

He didn’t call it that a couple of weeks ago, but as a science geek, I was impressed by how he’d hit the nail on the head: “People struggle to understand that two things can be contradictory and true at the same time.”

Noah’s context was the Brett M. Kavanaugh Supreme Court confirmation hearings and Bill Cosby’s sentencing for sexual assault. He was talking about “good people” accused of doing bad things, making the point that it’s entirely possible to be a sexual abuser, and an otherwise great guy. Opposites coexist.

This is hard to wrap our minds around; psychologists say these kinds of discomforting contradictions give rise “cognitive dissonance”— an icky feeling we try to dispel, usually by deciding that one or the other is true.

Physics has a different answer: This is how nature works. As the father of quantum mechanics, Danish Nobelist Niels Bohr, put it: “The opposite of a shallow truth is false; but the opposite of a deep truth is also true.”

Physicists first faced the reality of dualities in the early 20th century when light turned out to be neither a wave nor a particle but both. Clearly waves and particles are irreconcilable opposites. A wave is a smooth spreading influence; a particle is discrete, detached. But if you set up an experiment to find out if light is a wave, the answer you get is yes. If you ask instead if light is a particle, the answer is also yes.

Dualities pervade nature. A nail is mostly empty space (a deep truth: all atoms — and hence matter — are mostly empty space), but it is also solid enough to hurt like hell if you hammer it into your finger (another deep truth). Your dearest friend is nothing but a bunch of electrons and quarks (deep truth); she is also unique, invaluable, loved (deep truth).

Whether you regard a nail as empty space or a solid steely object depends on your perspective. The empty-space aspect of the nail isn’t very relevant when you’re screaming in pain. Then again, its sharp solidity isn’t the point when you’re considering it as a bunch of airy atoms. These two equally true descriptions of “nail” aren’t evident at the same time.

Relativity — with quantum mechanics, the other pillar of fundamental physics — comes to a similar, and just as paradoxical, conclusion: The same situation can look very different from a different frame of reference, so different that it may be hard to believe that it can also be true.

Imagine a vastly oversimplified example. You’re sitting on the Metro speeding toward downtown; out the window, you see people and buildings whiz by. Or you’re sitting on a bench at the platform, waiting for your train; you see trains with people inside whiz by.

This doesn’t mean that “everything is relative,” or that there’s no objective reality. The objective reality is that both perspectives are true. The truth lies in the relationship between the motion of the train, the bench and you.

Both perspectives are true, but neither is the full story. (And in the interests of the full story, I should say that THIS SIMPLIFIED VERSION OF relativity is not a wonder Einstein wrought, but a way of thinking that goes back at least as far as Plato.)

We can better make sense of things if we apply the weird duality of truths and perspectives to the unnervingly complex nature of human nature itself.

A couple of weeks ago, I attended a fund-raiser for a non-profit that works to stop the death penalty. Kevin Cooper — found guilty of murder 33 years ago in a case that even some original jurors now believe was fatally flawed still sits on death row. He beamed in by phone, and his nature — his lack of bitterness, his acceptance and hope and calm — was striking: a marvel of human grace.

Then I changed my frame of reference. Driving home on the 10, I was surrounded by honking, belligerent humans cutting each other off, yelling expletives. Oh yeah, I thought, humans are like that too.

The takeaway here, I think, is enormously powerful in today’s polarized world.
We’re all too complicated to be pushed into corners, described as any one thing. The problems we collectively face, are too hard to be solved by any one “side,” to come from any one frame. Yet polarization turns opposite perspectives into heresy, never useful insights.

A feminist who believes that #MeToo can, in fact, sometimes trap the wrong people risks getting expelled from her tribe, just as Republican senators who had doubts about Kavanaugh feared getting trounced by President Trump.

It’s gotten so bad that my liberal friends refuse to believe I know Trump supporters who are smart, caring, wise people who worry about income inequality. My conservative friends can’t imagine a liberal who hunts, gets that GMOs can feed the hungry, supports our troops and doesn’t hate Christmas.

This devotion to “our side” is making us stupid. It’s also allowing “good people” to get away with doing very bad things. And yes, that means all of us — because we’re all quite adept at casting ourselves as the “good guy.”

Most important, it sets us up for continual conflict and failure. If you “win” by 51%, the other 49% is still there, more entrenched than ever. Progress becomes impossible.

As Bohr said: “The belief that there is only one truth and that oneself is in possession of it seems to me the deepest root of all the evil that is in the world.”

The working title of K.C. Cole’s next book is “The Caterpillar, the Cosmos and the Common Good: How Differences that Don’t Make a Difference Tell Us What’s True and What Matters.”

This article was originally published by the LA Times. 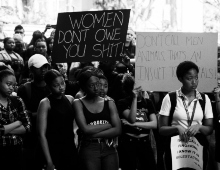 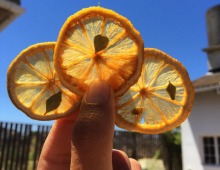 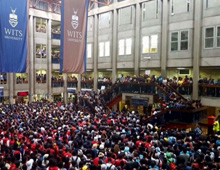 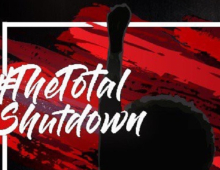 My body, not your crime scene