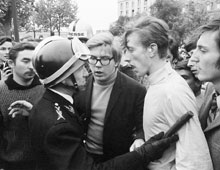 In 1968 students in Paris rose up against a ban on dormitory visits after hours. In the same year young people in New York protested a segregated gym. A decade later Iranian youth helped Ruhollah Khomeini build an opposition network. In Tiananmen Square Beijing students gathered to mourn the death of a beloved Eighties Communist Party leader.

The Paris uprising culminated in the downfall of Charles de Gaulle, the racist gym plans at Columbia University snowballed into a massive anti-Vietnam war movement and the Ayatollah Khomeini replaced Iran’s last Shah, Mohammad Reza Pahlavi. Many reforms in modern China sprouted from the seeds sown in the blood of Tiananmen Square.

No man is an island,
Entire of itself,
Every man is a piece of the continent,
A part of the main.
And therefore never send to know for whom the bell tolls;
It tolls for thee.

Closer to home the new South Africa was conceived soon after student uprisings of the Seventies set in motion a new way of dealing with apartheid. The birth of democracy decades later was made possible by young people who took to the streets and who were prepared to die.

When great changes come knocking on our door, few fling it wide open. We are more likely to attack things we don’t understand than to welcome it with open arms. The nationwide student protests that reached another peak at Wits University this past week can best be understood by looking back at our collective global history.

There are enough occasions in history when seemingly modest student protests shook nations and changed the course of global events.

In my mind I can still see white heads of state on SABC TV propaganda broadcasts parading as newscasts. They blamed the Communists (Russian, Chinese or Cuban, take your pick) and assured the nation that once a few ‘opstokers’ were rounded up the nasty business would subside.

The establishment is never willing nor able to help us understand real change. They make statements as if they understand. At the time the powers that be could not foresee that … 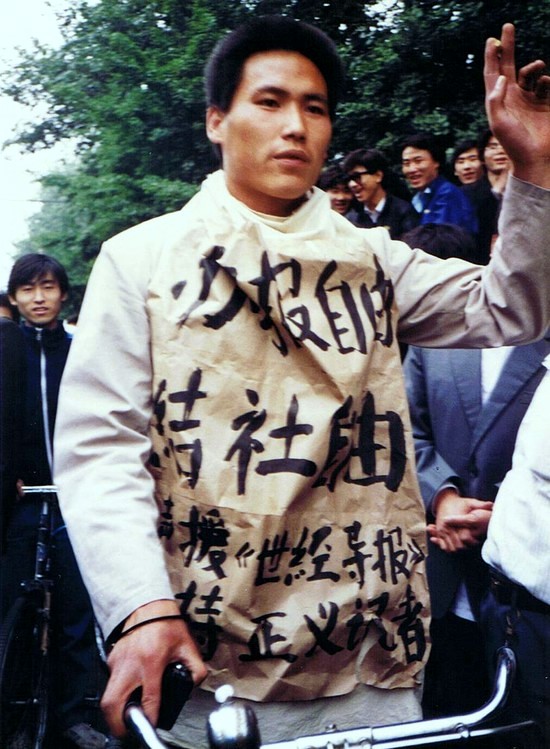 But if we look hard enough we will… Find the connections, get off our islands, and identify those voices that inject meaning into seemingly random, disconnected events.

Every man is a piece of the continent,
A part of the main.

Danai Mupotsa, a lecturer in African Literature at Wits, is one of those voices that are ‘part of the main’. She injects a greater meaning into the events on her campus. In an opinion piece in the Daily Vox this week she reflects on what it is like to live a life of “being stopped”. She reflected on this reality as she was stopped from entering the campus because of the protests.

“In my classes, I often make mention of the idea of being stopped. I work politically and intellectually with the idea because it is useful to describe the workings of institutionalised hetero-patriarchal whiteness.

“Student leaders have often referenced it in public statements when they talk about the multiple journeys, from their homes to this place, where in travel they are made as people always out of place. You are always already out of place and you learn this from the lived experience of being stopped.”

We can’t stop the forces of progress. We can’t stop evolving, moving out of a problematic way of being to one more in line with a universal order. So, we pretend that we have the powers and mechanisms to stop the new order that has come knocking.

“These very students are well versed in being stopped. Their very pedestrian relations with institutionalised power and the academy are premised on the relation of inclusion as practice in being stopped.

“The protests are mobilised in an environment of dramatic stoppages. Wits students are well versed in being stopped in their daily lives, but [recently] they took it upon themselves to stop the functioning of the university entirely.

“For the majority of students, access to student records is another stop sign. It is at the end of the year when one possibly reckons with the outstanding amounts and plays fantasy with the idea that they can pull together an upfront payment for another year of study.

“And yet it is the assumption of the very institution that the normal student can and should access their inclusion through such mechanisms because payment is the means for access.

“[A] statement released by the management of this university on Wednesday afternoon described the students’
protesting as a minority that interrupted the daily functioning of the majority. This is yet another interruption.”
There is that spectre again of a white man attempting to put a stop to fear by talking about a troublesome minority.

“One of my classes ended uncomfortably on Tuesday. A student had asked me – although he directed the question to the class – what the purpose of our lessons were when living was so very hard.

“I came to work on Wednesday morning with the intention to respond to this student in an email about the pain of living when you are occasioned to being stopped. I planned to speak of the various modes of living, no less breathing. I still intend to send this email.

There are ancient African customs that dictate we turn to the natural world to help us navigate the seen and the unseen. The call of the Hamerkop could signal death. The shape of a cloud talks of war. The patterns of a slaughtered beast’s innards clarify complex negotiations.

We have relegated such methods to the background. In its place we have ears almost deaf to the crescendo of students being stopped. Memories dulled by the consumption of glib media releases and meaningless statements.

Until the stopping becomes unbearable and we are forced to acknowledge how it affects us all.

Bells are tolling on campuses once more. Let’s not get sidetracked by the voices that tell us students (supposedly a minority) simply don’t want to study and are refusing to accept that fee payment is essential. Let’s really listen to what the youth and our global history has to say.

When the elders have let them down the youth will rise up to secure a future “unencumbered by the burdens of a history of disadvantage”, says a Daily Vox editorial.

Our students are busy joining a long and illustrious line of youth who have reminded us that the university campus is not an isolated ivory tower. It is “a part of the main”.

The silencing must end!

The ‘bell tolls’ on SA campuses