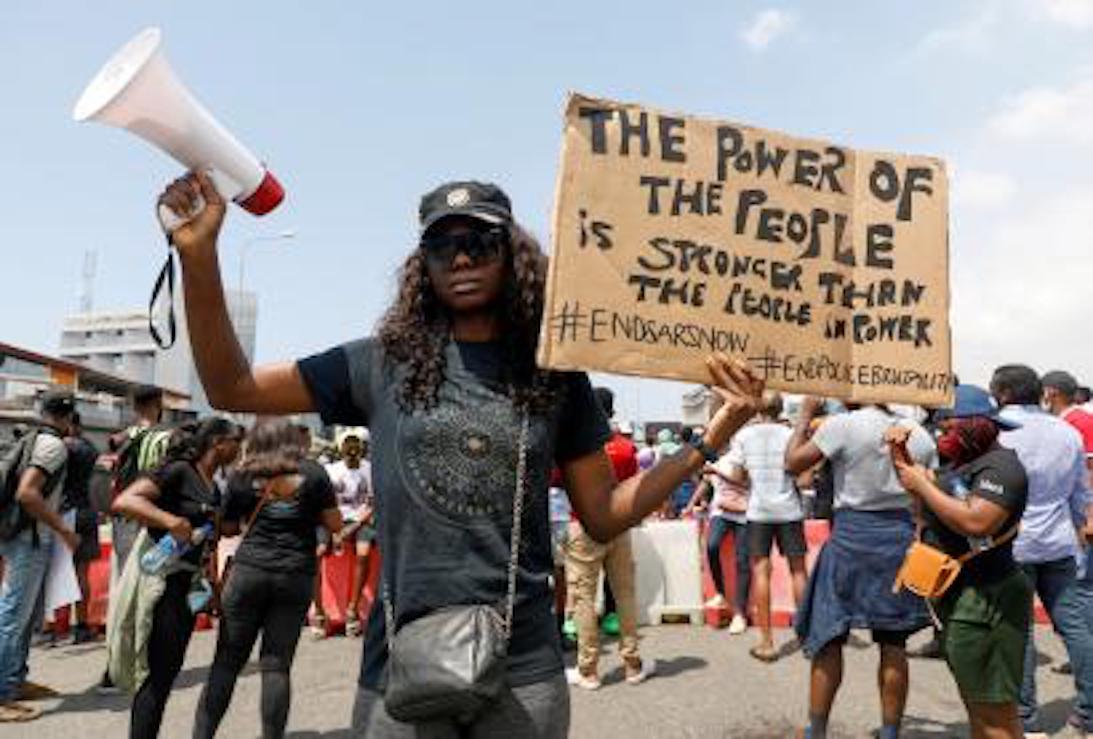 A series of social media driven campaigns for justice lays the foundation for a broader change in Nigerian society, argues the author.

To recap, in 1992, the Nigerian government set up the Special Anti-Robbery Squad (SARS) as a branch of the Nigerian Police with the remit of tackling armed robbery, kidnapping, and other firearms crime. However, in recent years, some SARS members have been involved in extortion, rape, torture, and extra-judicial killings of innocent Nigerians. Most of the victims of this abuse of power have been Nigerian youth.

Amnesty International documented 82 cases of extortion, torture, and ill-treatment by the SARS between January 2017 and May 2020. In response to the crimes against humanity perpetrated by SARS, the Nigerian youth formed the #EndSARS protest movement around 2017 as an online movement with the key aim of abolishing the SARS unit. Over the cause of time, it gained momentum, which saw Nigerians marching on the streets and putting pressure on government officials.

Despite the activism, the government did little to address the SARS overreach. Things, however, reached a head in early October when a video showing a SARS official killing a man went viral. The murder led to a nationwide protest, which gained global attention resulting in the Federal Government disbanding the SARS unit. Even though the jury is still out as to whether the government is serious about its intention to end police brutality in Nigeria, the #EndSARS protest movement could serve as a template for bringing about real change in Nigeria.

In his recently released Netflix documentary series titled Journey of an African Colony, Olasupo Shasore explored the untold stories that paved Nigeria’s road to independence. A key revelation from the documentary was that contrary to the general perception that a group of nationalist political elites ushered in independence, many unsung heroes made independence possible. The unsung heroes comprised of market women in Aba and Lagos, coal miners in Enugu, railway workers, trade unionists, students, journalists, and the masses of Nigerians fed up with colonial rule. Transformational change is long overdue in Nigeria, however, for this to be a reality, it would have to be in the form of a bottom-up led movement championed by the Nigerian youth rather than politicians, technocrats, celebrities, and the billionaire class.

Nigeria is an amalgamation of two countries – one auspicious and the other inauspicious. The auspicious part of the land is inhabited by the influential few that are of the school of thought that Nigeria has never been better. Residents in this part of the country, see Nigeria as heaven on earth. Non-Nigerians could be deceived into believing this narrative of the country especially if their information sources come from tweets posted by government propagandists, pronouncements from government officials, Instagram postings of celebrities, drone images of high-brow areas like Banana Islands, Eko Atlantic, Maitama, and Jabi, Forbes articles, and interviews from captains of industry.

In contrast, the inauspicious side of the country is home to the majority of the population. For them, Nigeria is hell on earth characterised by poverty, sorrow, tears, and blood. Ever since independence, Nigerians have been victims of bad governance, and we are now tired. What previous generations of Nigerians took in their stride is being rejected by today’s youth. In the past decade, there have been three “hashtag” social movements, which have shaken the political elites to the core namely the 2012 #OccupyNigeria movement against fuel subsidy removal, the 2019 #RevolutionNow movement against bad governance, and now the 2020 #EndSARS movement against police brutality.

Just as the media played a crucial role in mobilising Nigerians against colonial rule, social media is being used by Nigerians to advocate for change. According to the National Bureau of Statistics, youth unemployment was 34.9% during the second quarter of 2020. Those who are lucky to get jobs are grossly underemployed. As the #EndSARS protest reveals, youths are also on the receiving end of police brutality. Despite facing these headwinds, which are not of their own making, the youths are accused by the older generation of being lazy, criminally-minded, and lacking in ambition. They are told to pull themselves up by their bootstraps in a country which has been described by commentators as the poverty capital of the world, where the combined wealth of the five richest Nigerians could end extreme poverty. It should therefore be no surprise that the Nigerian youth are fed up.

The #EndSARS campaign demonstrates what is possible when we put aside our differences and unite. Nigeria is a melting pot of different religions and ethnicities. For too long, the elites have used our differences to hold onto power and keep the country in bondage while enriching themselves. When the elites gather to share the spoils, we see Muslims, Christians, Igbo’s, Yoruba’s, Hausa’s, and Ijaws all in the mix. This time around young Nigerians of different creeds united for a common cause. From Lagos to Abuja to Imo to London to Delta, they straightened their backs to say enough is enough because as Martin Luther King put it, a man can’t ride on your back unless it is bent. It is refreshing to see the Nigerian masses unite under the banner of justice. Lasting change in Nigeria will not come from a top-down political process but a bottom-up grassroots movement.

Since the emergence of the Fourth Republic in 1999, millions of Nigerians have put their faith in the democratic process expecting improvements to their lives. Every four years, we engage in a democratic experiment to elect our leaders. After the election, we rejoice as we see our candidates assume political office only for our hopes to be dashed a few months later. The political class has forgotten that it was put into power to serve the people. Instead, it sees itself as masters of the people. Voting has its place in the democratic process, but for how long will we continue to see our hopes dashed every four years? We should transition from what Howard Zinn, the political scientist calls a spectator democracy to real democracy where the future does not depend on who will be the next president, governor or local government chairman. As Zinn puts it, “Voting is easy and marginally useful, but it is a poor substitute for democracy, which requires direct action by concerned citizens.”

A bottom-up grassroots movement like the #EndSARS movement is the best medium to articulate the yearnings of the masses since the political elites have consistently forgotten who they represent once they get into office. As the Nigerian government continues to genuflect at the altar of neoliberalism, it has convinced itself that change will come from the top via social investing, state capture, monopoly, tax breaks, and the benevolence of deep-pocketed philanthrocapitalists.

Change movements in the future should be tactical in its engagement with celebrities. For too long, celebrities comprising of musicians, Nollywood actors and actresses, and Big Brother winners have taken the path of least resistance by keeping silent even though their fans have been suffering under the full weight of “Nigerianism”. There is an incestuous relationship between Nigerian celebrities and the political and corporate elites whereby corporate bodies have used celebrities as attention merchants to harvest the attention of the Nigerian masses. These celebrity brand ambassadors then resell our attention to their corporate benefactors. Some celebrities have given the political class a veneer of legitimacy in return for securing appointments as special advisers.

After the video of the police killing a man went viral in October 2020, Nigerians took to social media to call out celebrities and other people and organisations of influence to speak out. With celebrities facing a barrage of tweets, retweets, likes, and comments hitting their Twitter timelines, they were left with no choice than to speak out. DJ Cuppy, the daughter of Femi Otedola, one of the richest men in Nigeria apologised to Nigerians for her silence amid injustice writing, “Going against the advice of those around me, but it doesn’t feel right. Silence can say so much. My fellow Nigerians, forgive me for taking so long to comment.” Other celebrities like Adesuwa Etomi, Runtown, Falz, and Tiwa Savage are now speaking up. When concerned citizens make the right noise, these celebrities will have to side with the masses or experience a dent to their cherished brand reputation.

Future campaigns for change should follow the #EndSARS blueprint by using celebrities as a means to an end rather than as an end to a means. Recent events show that social media can play a critical role in ushering new dawn for Nigerians. Some are dismissive of the role of social media in bringing about social justice. The argument that social media does not matter has been turned on its head. A hashtag is more than a hashtag. Even though we are in a democracy, repression of dissent is still a way of life under the current administration. Social media can help spread the cries of Nigerians to the furthest parts of the world. It can also showcase the injustices taking place in Nigeria before a global audience. When the government realised #EndSARS had gone viral and was trending in different parts of the world, it was forced to listen.

The antics of SARS strike a chord with me. In the late 1990s, while driving around Ikeja at night, two members of SARS along a lonely road stopped me. When they searched my car and saw the cash, which I had withdrawn from the bank, they left me with two choices – keep my money and probably be shot or handover with my cash and remain alive — no prizes for guessing which option I took.  Having made their voices heard by all, the Federal Government should now take the Nigerian youth seriously. It is refreshing to know that the revolutionary spirit that was prevalent during the post-independence struggle and the June 12 agitation is alive and well. The #EndSARS movement should be used as a blueprint in calling the 1% to account and transforming the country towards an equal society. However, we need to bear in mind that change takes time. There will be difficult days, months, and if possible years ahead. There will be setbacks, U-turns, and unfulfilled promises.

Before Nigeria is transformed, some will be mocked for speaking up, some will be beaten, some will be arrested, and some may face physical death. In spite of this, we should not give up. Brighter days are ahead. When the history books are written in the future, someone will write, “There was a generation of young Nigerians who were beaten and bruised for years. They got fed up with the oppression in the land, stood up, mobilised with their phones, and triggered a revolutionary fire that turned the Nigerian nightmare into a Nigerian paradise.”69

This article first appeared in the Guardian Nigeria 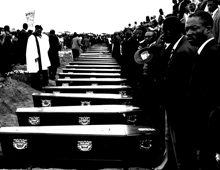 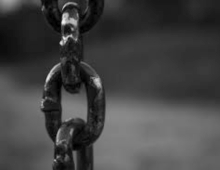 Namibian genocide victims’ remains are home. But Germany still has work to do 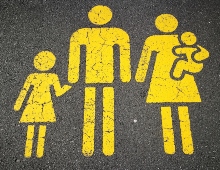 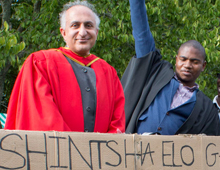