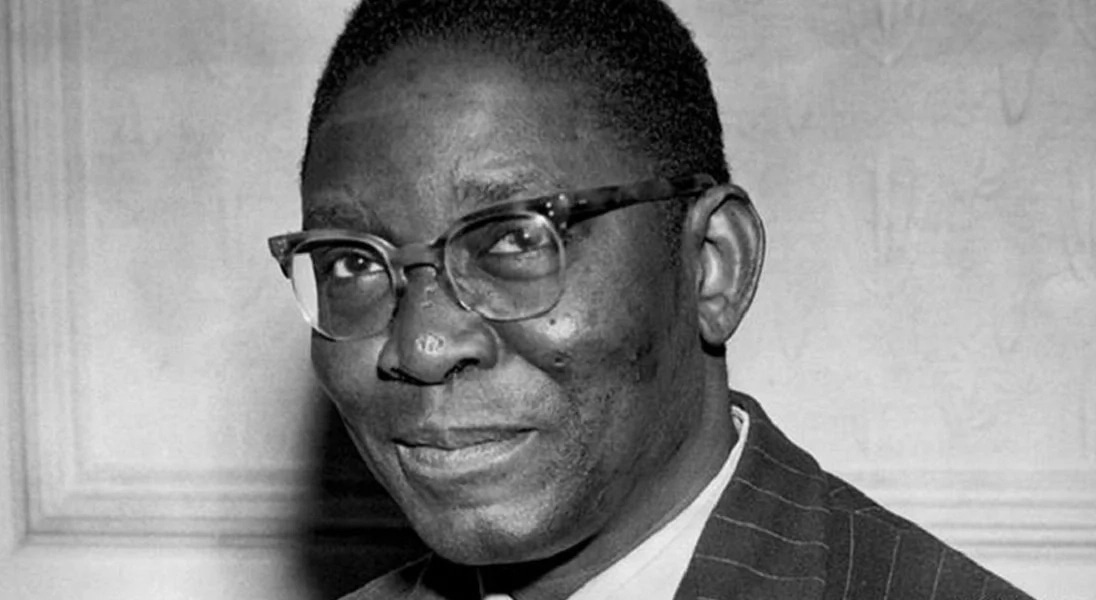 Apart from having been the first president of Nigeria, Nnamdi Azikiwe was a Pan-Africanist who revolutionised the West African newspaper industry.

Like most African journalists who were propelled into the media space by the liberation struggles against colonisers, Dr Benjamin Nnamdi Azikiwe, also known as “Zik” was no exception. Jomo Kenyatta of Kenya, Julius Nyerere of Tanzania and Kwame Nkrumah of Ghana, were all activists before they became journalists and subsequently presidents of their countries. They were all leaders in the Pan-African Movement.

Azikiwe was born on November 16 1904 to Igbo parents in Zungeru, Northern Nigeria ­­- the present-day Niger State. He is revered as the towering African pragmatic and progressive philosopher, scholar and eminent journalist of the 20th century. He was a scholar who wrote many works of educational philosophy. He attended various mission schools in Onitsha, Calabar and Lagos.

Azikiwe briefly lived with a relative while attending school in Onitsha while holding down a job as a student teacher supporting his mother financially.

He would later join his father in Calabar in 1920, where he attended the Waddell Training College. It is here that he was introduced to the teachings of African-American civil activist Marcus Garvey. Garveyism, would become his philosophical compass towards nationalistic politics.

When he transferred to the Methodist Boys High School in Lagos his opportunities and access to influential scholars opened up. He was fortunate to attend a lecture by James Aggrey, an educator who believed that Africans should receive a college education abroad and return home to effect change on the continent.

At Columbia University, his doctoral research focused on Liberia in world politics. During his time in America, he was a columnist for the Baltimore Afro-American, Philadelphia Tribune and the Associated Negro Press. By the time he returned in Nigeria in 1934, Azikiwe’s ideals were traceable to the African-American press, Garveyism and pan-Africanism. He was a man on a mission once he realised how media can influence people’s psyche.

He applied for a position with the foreign services for Liberia but was rejected because he was not a native of the country, so he continued with his vision of a united Africa and returned to Lagos in Nigeria in 1934.

He accepted a job offer from Ghanaian businessman Alfred Ocansey to become founding editor of the African Morning Post, a new daily newspaper on the Gold Coast, now known as Ghana. The publication quickly became an important organ of nationalist propaganda pushing the Pan-Africanist philosophy.

He would mentor Kwame Nkrumah, who would later become the first president of Ghana, before returning to Lagos, Nigeria in 1937. There he founded the media outfit the Zik Group, under which he established and edited the West African Pilot, which was referred to as “a fire-eating and aggressive nationalist paper of the highest order”.

Under the Zik Group, he revolutionised the West African newspaper industry, demonstrating that English-language journalism could be successful, and expanded his controlling interest to more than 12 daily, African-run newspapers. The West African Pilot grew exponentially from an initial run of 6 000 copies daily, to printing more 20 000 copies at its peak in 1950. There was also the Southern Nigeria Defender in Warri (now known as Ibadan), the Eastern Guardian (founded in 1940 and published in Port Harcourt), and the Nigerian Spokesman in Onitsha.

In 1944, the group acquired Duse Mohamed’s Daily Comet. By 1950, the five leading African-run newspapers in the Eastern Region (including the Nigerian Daily Times) were outsold by the West African Pilot.

Azikiwe’s newspaper venture was a business and political tool. He even began writing a column – Inside Stuff – in the African Morning Post, in which he occasionally attempted to raise political consciousness. His collection of newspapers played a crucial role in stimulating Nigerian nationalism.

By the 1960s, after Nigeria’s independence, the national West African Pilot was particularly influential in the east. Azikiwe took particular aim at political groups which advocated exclusion. He was criticised by a Yoruba faction for using his newspaper to suppress opposition to his views.

To support his business ventures and to express his economic nationalism, Azikiwe founded the African Continental Bank in 1944 and also ran the Penny Restaurant.

He also became directly involved in politics, first with the Nigerian Youth Movement in 1944 and later when he led a 1945 general strike. On July 8 1945, the Nigerian government banned his newspapers, the West African Pilot and the Daily Comet for allegedly misrepresenting information about a general strike.

He founded the National Council of Nigeria and the Cameroons, a group which became increasingly identified with the Igbo people of southern Nigeria. And in 1948, with the backing of the National Council, Azikiwe was elected to the Nigerian Legislative Council, later serving as premier of the Eastern region from 1954 to 1959.

Zik would become the country’s first president when Nigeria became a Republic, governing from 1963 to 1966. Prior to becoming president he had been governor-general of Nigeria from 1960 to 1963. He was overthrown in a military coup on January 15 1966. He became a spokesperson for Biafra and advised its leader, Chukwuemeka Odumegwu Ojukwu, during the Biafran War between 1967 and 1970.

After the war, he became the chancellor of the University of Lagos from 1972 to 1976. He would join the Nigerian People’s Party two years later, making unsuccessful bids for the presidency again in 1979 and 1983. He left politics involuntarily after the December 31 1983 military coup. Azikiwe died on May 11 1996 at the University of Nigeria Teaching Hospital in Enugu after a long illness.

He is buried in Onitsha.

Fist published in thejournalist.org on 26 November, 2019.

Participants at the Seminar on promoting an independent and pluralistic African Press, Windhoek In 1991

Thapelo Mokoatsi Clements Kadalie was born Lameck Koniwaka Kadalie Muwamba, in April 1896 at Chifira village near the Bandawe mission station in Nyasaland, now known as Malawi. He was the second born son of Musa Kadalie Muwamba. His grandfather Chiweyu, was a paramount chief of the Tonga of Nyasaland. Educated by the Church of Scotland […]

Thapelo Mokoatsi Queen Labotsibeni Mdluli was born in 1858 at eLuhlekweni northern Swaziland (now known as Eswatini) during the reign of King Mswati II who was in power for 25 years between 1840 and 1865. As fate would have it, she would rule the young Swaziland kingdom for 50 years. Labotsibeni’s ascension to the throne […]

Phindile Xaba Mathia survived the turbulent political years and had the ability to adapt to the changing times. She spent her childhood in northern Uganda, which at the time was under Idi Amin and his soldiers who reigned with terror and impunity against its people. She then moved to Juba, which today is the capital of South […]

Zubeida Jaffer and Sibusiso Tshabalala Kader Asmal  – Foreword to Plaatje’s Native Life In South Africa Solomon Tshekiso Plaatje was a journalist extraordinaire. He was by all accounts the pioneer of pioneers. We take him as “exemplar and standard”, said former Education Minister Professor Kader Asmal in the foreword to Native Life in South Africa, […]

Thapelo Mokoatsi Allan Kirkland Soga, aka AK Soga, born on November 20 1861 in the Cape Colony. The youngest son of the legendary Tiyo Soga and his wife Janet Burnside, he was an agitator of African protest journalism. Just like Reverend Dr Walter Rubusana, AK Soga was many things: a journalist first and foremost, politician, […]

Phindile Xaba Helen Nontando Jabavu was born on August 20 1919 into a family of literary figures and highly regarded intellectuals. Her grandfather, John Tengo Jabavu (1859-1921), made his name as the editor of South Africa’s first newspaper to be written in Xhosa – Isigidimi samaXhosa – in 1876. Her father Davidson Don Tengo Jabavu […]

Phindile Xaba Like most African journalists who were propelled into the media space by the liberation struggles against colonisers, Dr Benjamin Nnamdi Azikiwe, also known as “Zik” was no exception. Jomo Kenyatta of Kenya, Julius Nyerere of Tanzania and Kwame Nkrumah of Ghana, were all activists before they became journalists and subsequently presidents of their countries. They were all leaders […]

Phindile Xaba Hilary Teague is being celebrated in contemporary times as the Father of Liberia’s independence and the foremost pioneer of the Liberian media. His legacy has also become an interest in scholarly works and literature, aptly so. According to Dr Patrick Burrowes, a renowned Liberian historian, Teague’s legacy may have been tampered with simply […]

Phindile Xaba Sophia Yilma Deressa has come full circle. She and her five siblings lived and travelled all over the world and received part of their education in the United States. Deressa is the second of six children born to Elsabeth Workeneh and Yilma Deressa, both of whom held indelible places in Ethiopian history. Her […]

A gift to the world from African journalists

African journalists have given the profession World Press Freedom Day. Thirty years ago on 3 May 1991, they crafted and adopted the Windhoek Declaration on Press Freedom that remains the basis of this important day.